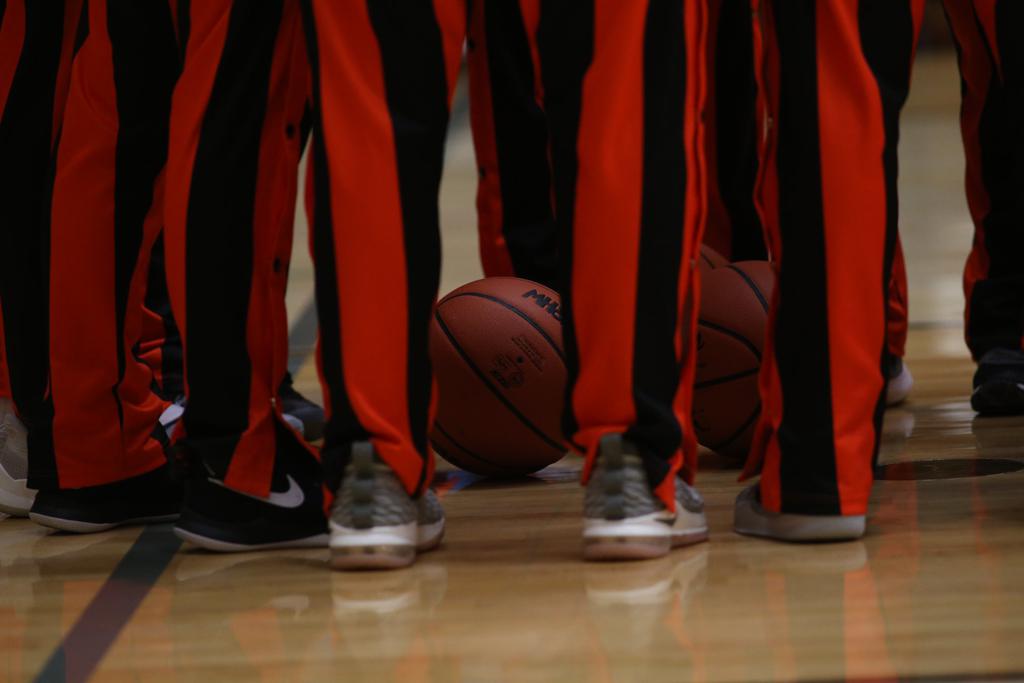 GRAND RAPIDS – There was one thing Ram girls varsity basketball coach Brad Wilson was sure of when his team entered the MHSAA D1 Girls Basketball District playoffs – and that was they would play hard. And, they did. But then again, they showed themselves all season as a gritty, scrappy team that never gives up.

Unfortunately, for the Rams they had a couple strikes against them before they even took the court, Monday, March 4, for their opening post-season game. The Rams drew a formidable opponent in the 1-loss Northview Wildcats. Never mind that their only loss was to the Rockford Rams in the first game of the season. The other strike against them was the Rams lost one of their star players – Syd Reinke – to injury the previous week.

As hard as they worked, Rockford was unable to keep up with the potent Wildcats from the opening tip off. Rockford was on the wrong end of an 11-6 score at the end of one, and was behind 24-15 heading into the locker room at the half. But, they continued to rally and made some runs to whittle the Wildcats’ lead a number of times in the second half off of some nice shots by Madi Kleefisch and exemplary defensive play by Danielle Lamancusa. Hannah Morgan and Alina Anderson also had some strong offensive play, with Anna Glynn also laying it all on the line. In the end, though, it wasn’t enough to top Northview. The Rams found themselves with a 55-45 loss at the end of the game and had to face the end of their season.

“Obviously, it’s always disappointing when we lose,” shared Wilson. “This one was especially difficult because it was my last time I’d have the privilege of coaching our seniors. Rachel (Schueller), Danielle (Lamancusa) and Anna (Glynn)are very special kids and have done so much for this program.”

Hannah Morgan, Alina Anderson and Danielle Lamancusa all chipped in nine points to pace the Rams. Anna Glynn and Madi Kleefisch each had eight points.

“Now, a few days removed, we have all talked and agree that we accomplished so much this season,” said Wilson. “It was truly a season to remember and a season to be proud of. We ended up with 14 regular season wins, finished second in the OK Red Conference, beat every team in the conference at least once and were a perfect 5-0 at home against conference opponents.”