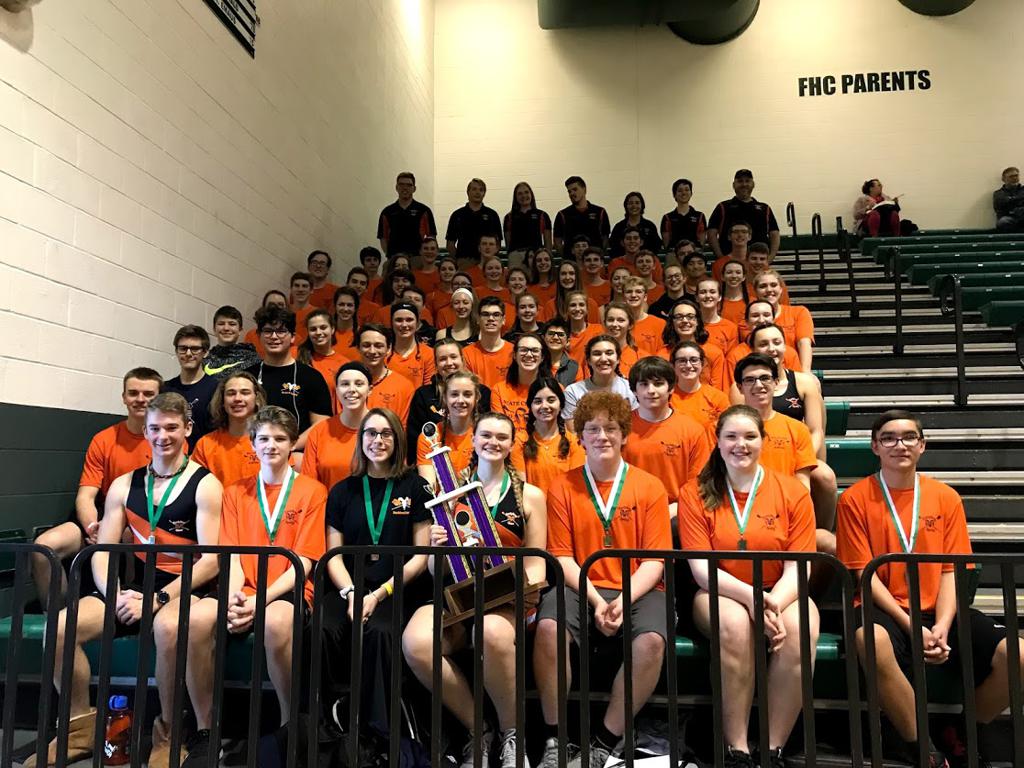 Rockford Rowing Rams commenced their Spring 2019 competitive season with a first-place victory at the Grand Rapids Spring Sprints, hosted by Forest Hills Central High School.  Rockford took the title by obtaining 105 points at the event, with East Grand Rapids in 2nd place with 76 points, followed by Forest Hills Central with 46 points.  Other competing programs included Forest Hills Northern, Northview, Grand Rapids Rowing, Spring Lake, Forest Hills Eastern and Lowell.  The Rockford Rowing team has captured the Spring Sprints trophy for eleven out of the last twelve years.  The Rams showed everyone what ram pride is all about – heart and team.

The Grand Rapids Spring Sprints is an annual indoor regatta where local competitors race against the clock on Concept2 indoor rowing ergs.  Coxswains race 500 meters, Novice competitors race 1,500 meters, and all others race 2,000 meters.  Coaches, family members and friends cheer on their athletes as their times and placements are projected onto a large screen.  This very exciting event kicks off the competitive spring season each year.  Medals are awarded to the three fastest competitors in each event, with points being given to all rowers finishing in first through tenth place in each category.

It was a great start to the season that has the women’s team defending their two-year consecutive state championship title.  Head Women’s Coach Dilian Itter noted the strong showing in all the novice, lightweight and open weight categories.  “This is definitely the most depth we have ever had.  That is something that is super exciting from the coaches’ standpoint.”

Head Men’s Coach Tucker Anderson congratulated the team after the victory.  “We saw a lot of personal records across the mens and womens squads and a lot of you pushed the envelope!  It was a strong showing here this first weekend, but this is only the first step to the rest of the season. Let's look to build off of this as we head to the boathouse next week”.

Next up for Rowing Rams will be the Floodtown Regatta on Saturday, April 13th in Ann Arbor, Michigan.  To learn more about the program, visit www.RockfordRowing.com. 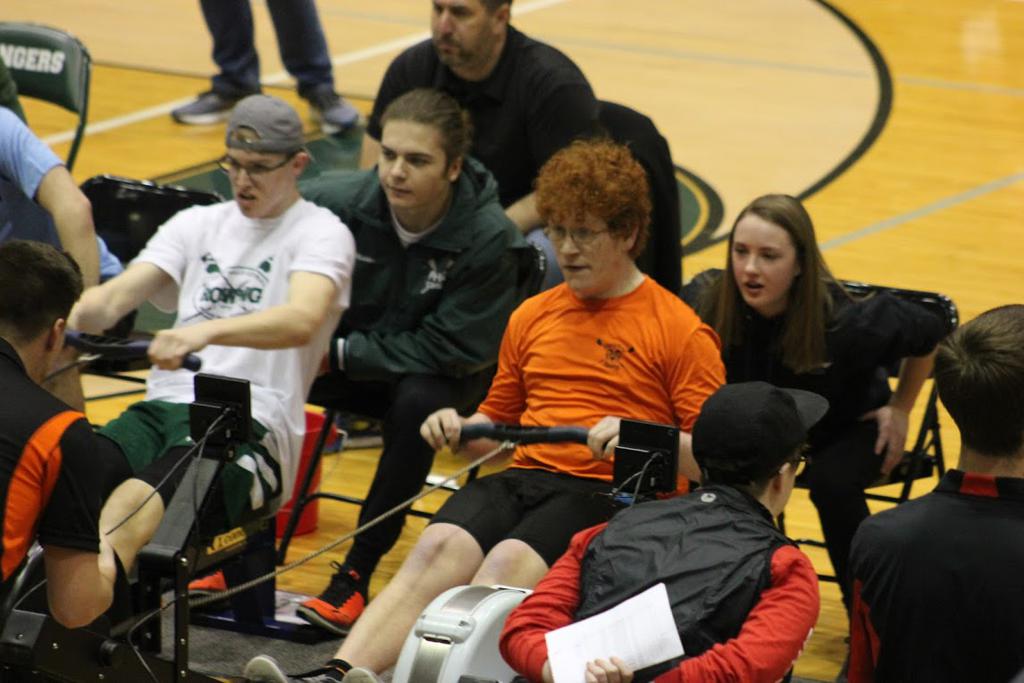 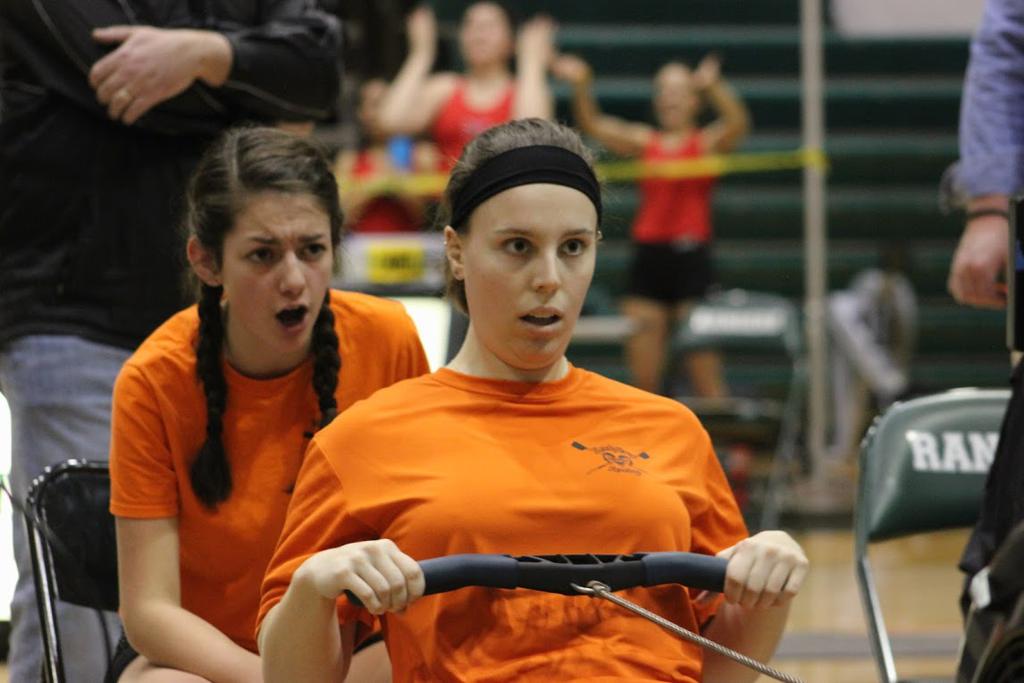 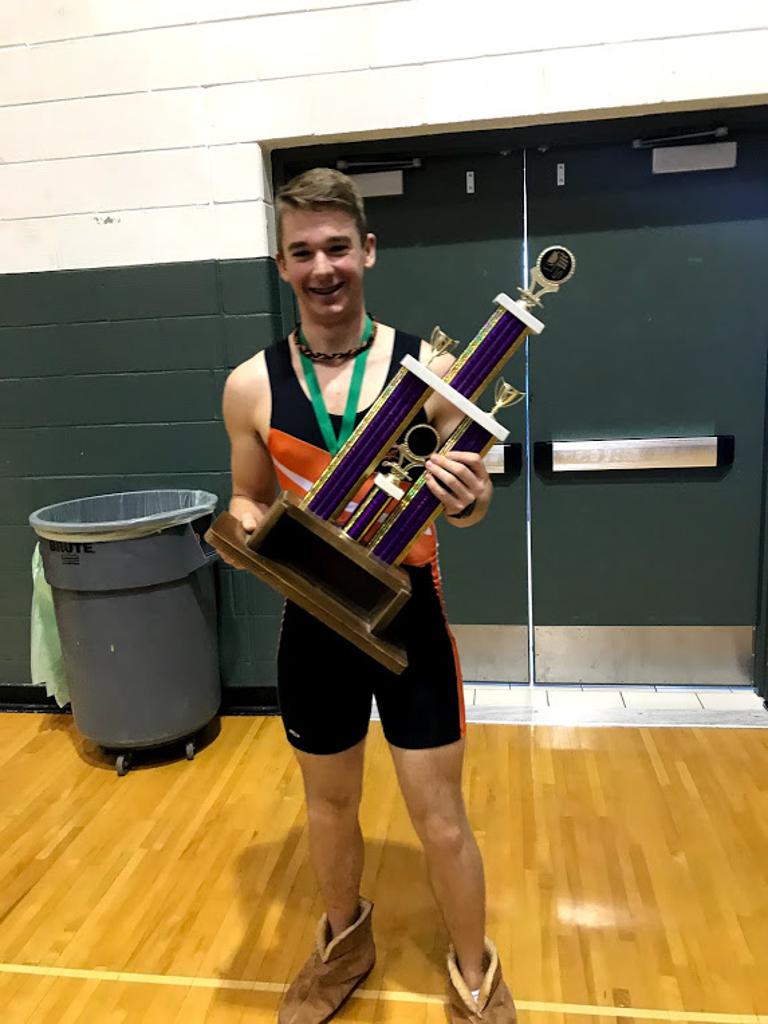 Bystanders can follow along with each rower's boat position broadcast on a large screen. ~ Photo by Aaron Sundman