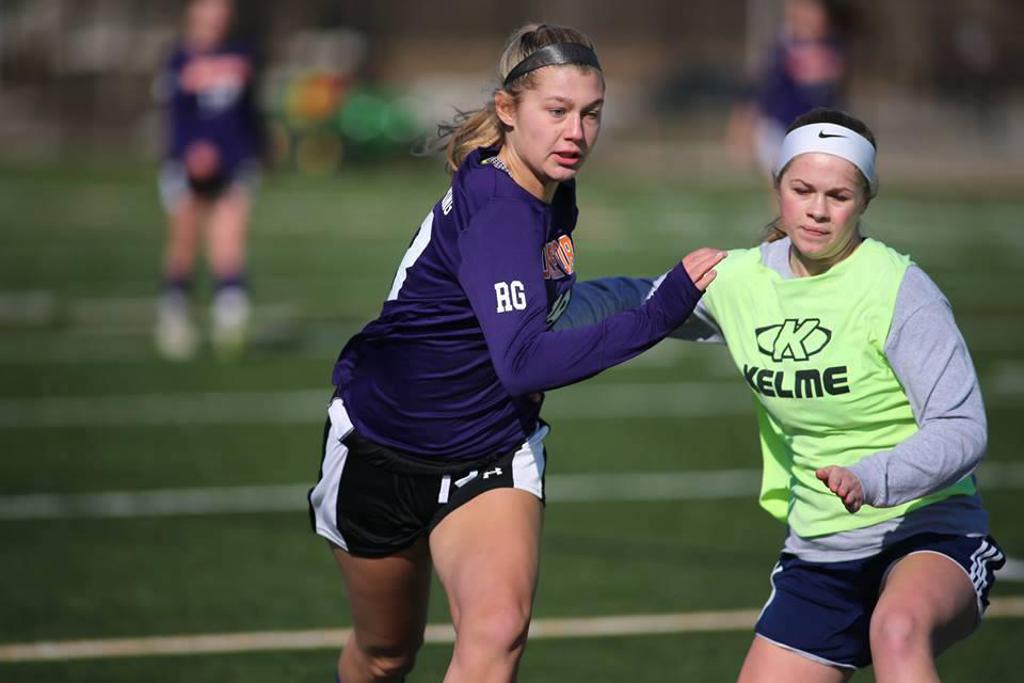 The Rams have already had a scrimmage and three games to kick off their season. ~ Photo by "Papa" Razzi Sports Photography

The Rams varsity soccer team has been keeping busy with a scrimmage and games – in spite of the windy, unseasonably cold weather. The Rams have already played three games and head coach Scott Green’s team is ironing out how players fit into the game plan. The team’s record on the season after three games is 1-1-1.

The Rams kicked off their season with a 4-0 loss to Forest Hills Central (FHC). The team saw all three Rockford keepers take a crack at being between the sticks, and every player on the roster enjoy some playing time.

“This was the first high school game for more than half the girls on the team,” shared Green. “We got everyone in, and our goal was to learn as much as we can about the players. We know to win the district we will have to beat FHC, and now we know what we have to do to get better to make that happen.”

The Rams then faced off against Cedar Springs and claimed a 3-1 victory. Alina Anderson was in at the goalie position and made six saves – including a diving save early in the first half on a free kick. Abby Rose tallied two goals, and Avery Milo made an impressive score with a quick heel kick with her back to the goal.

“Cedar Springs is a hard, physical blue-collar team that mimics what we will face in the OK Red,” shared Green.

The Rams’ final game before Spring Break was against Mona Shores, another potential Top 15 team. The Rams tied with the Sailors 2-2, battling hard for all 80 minutes. Faith Devries was in goal and tallied five saves. Rockford’s two goals were scored by Emerson Lillie and Ally Coleman, both off of penalty kicks.

“The first three games were a brutal start to our season, but the improvement over the first two weeks was phenomenal,” said Green. “We have some things to clean up, but we are on the right track. The ladies are looking forward to getting into conference play after Spring Break. We know we have to win 10 or 11 of the 12 conference games to three-peat and the girls are up for the challenge.”

Next up for the Rams is a home game against Hudsonville, Tuesday, April 9, at 7:15 p.m. The team will then travel to Portage Central, Wednesday, April 10, with game time slated for 7:15 p.m. 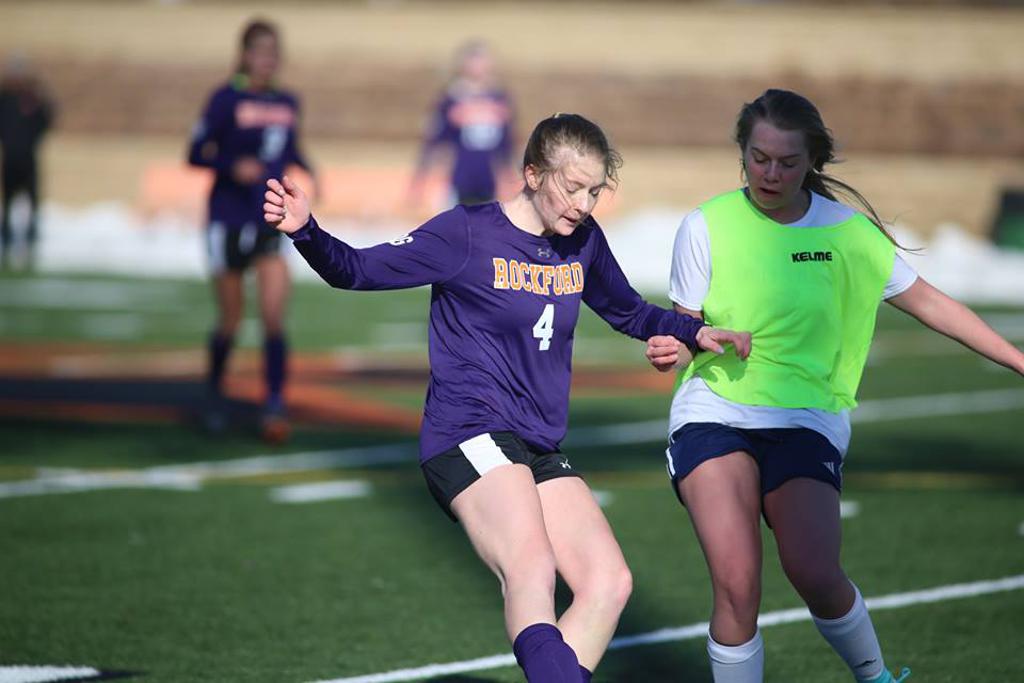 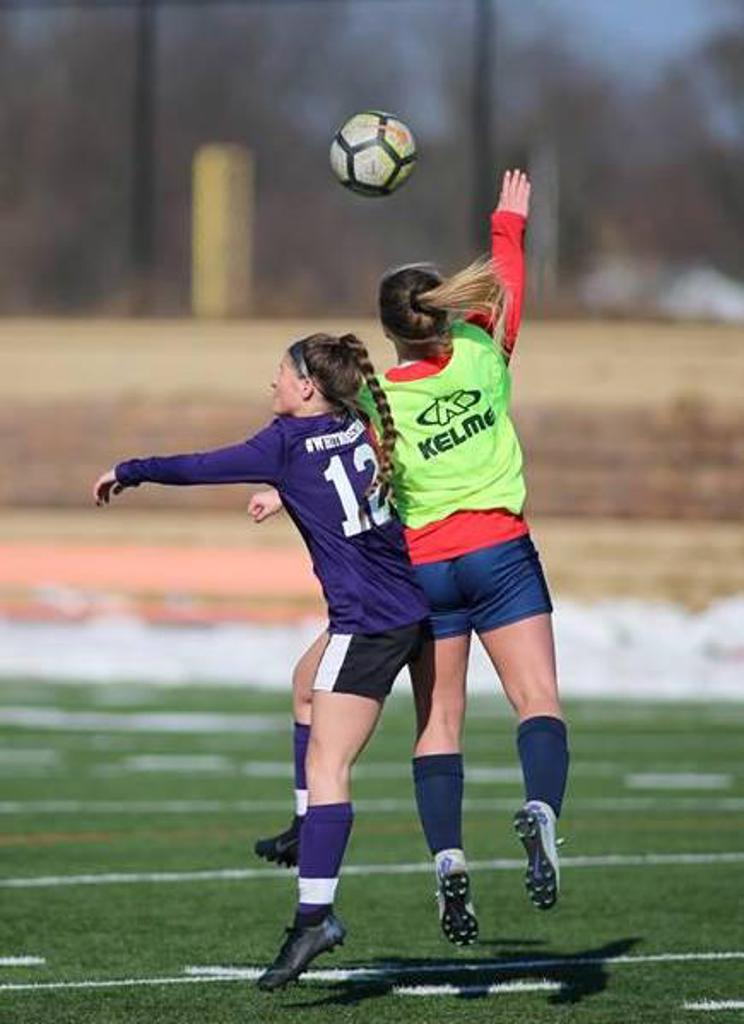 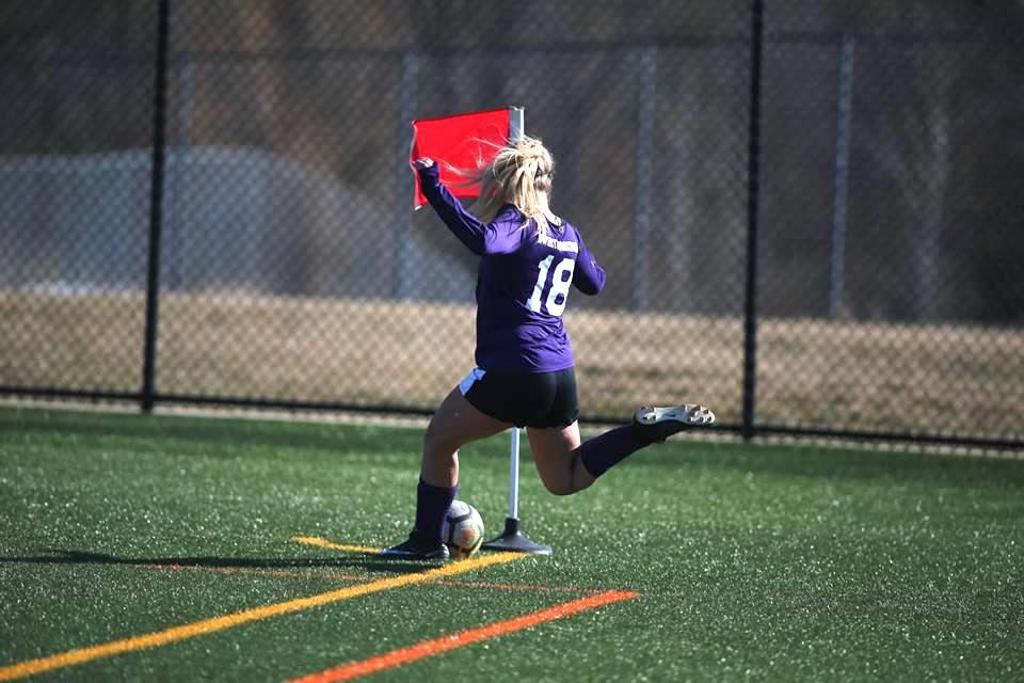 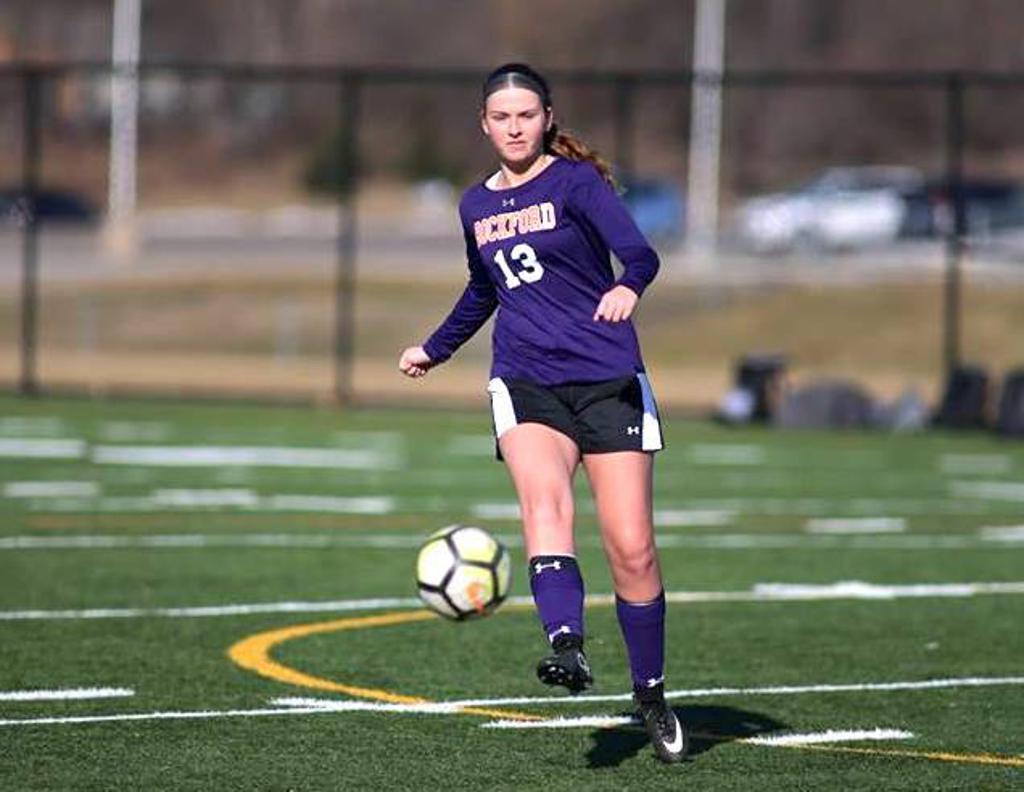 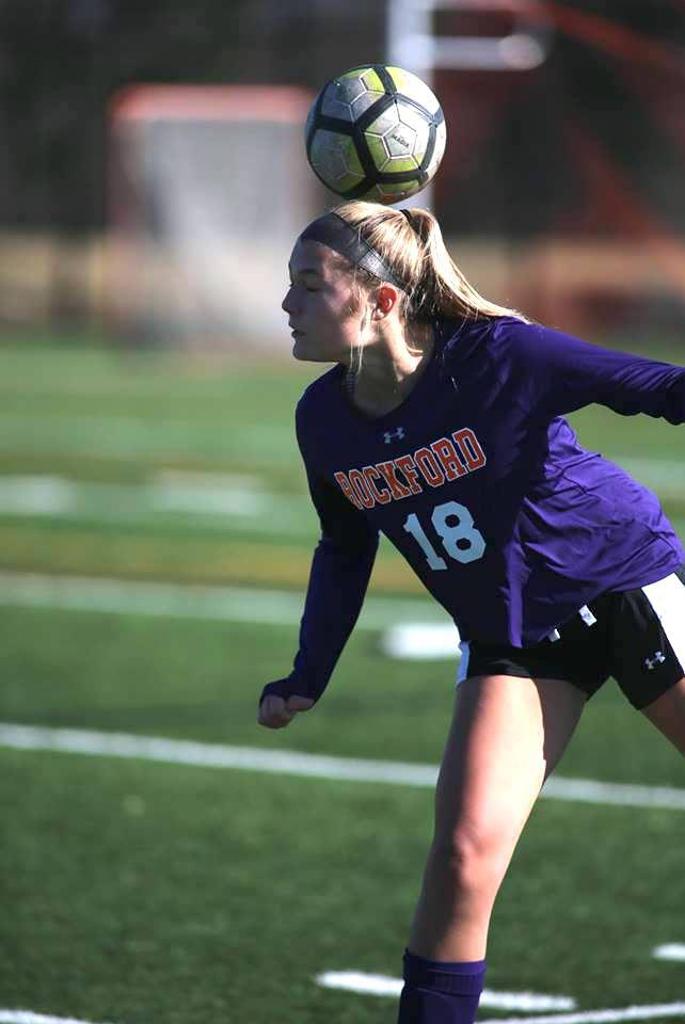 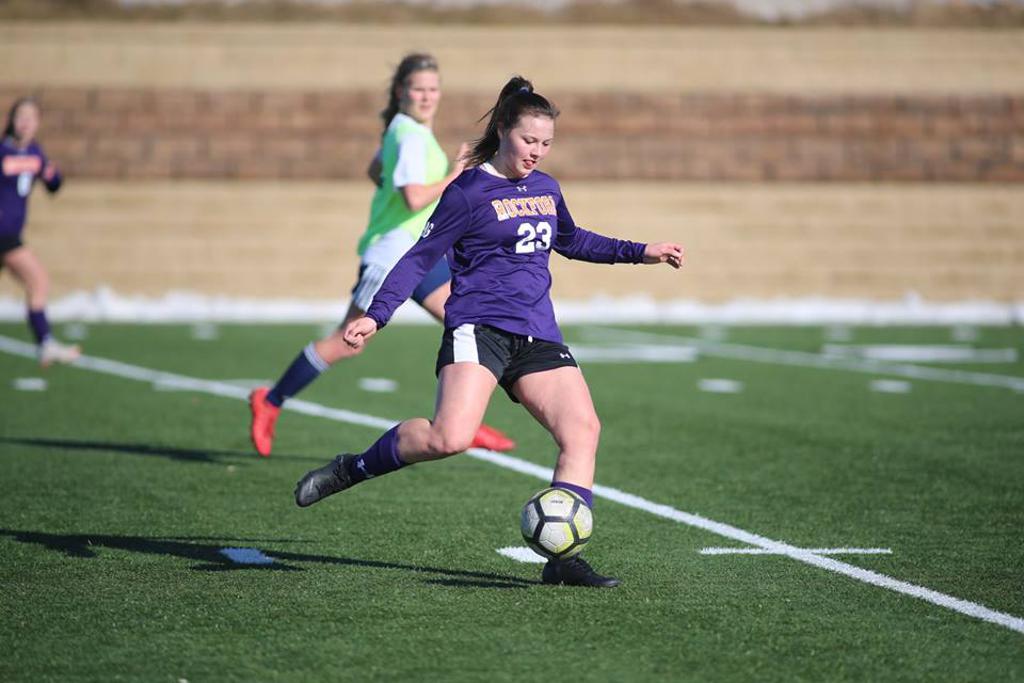