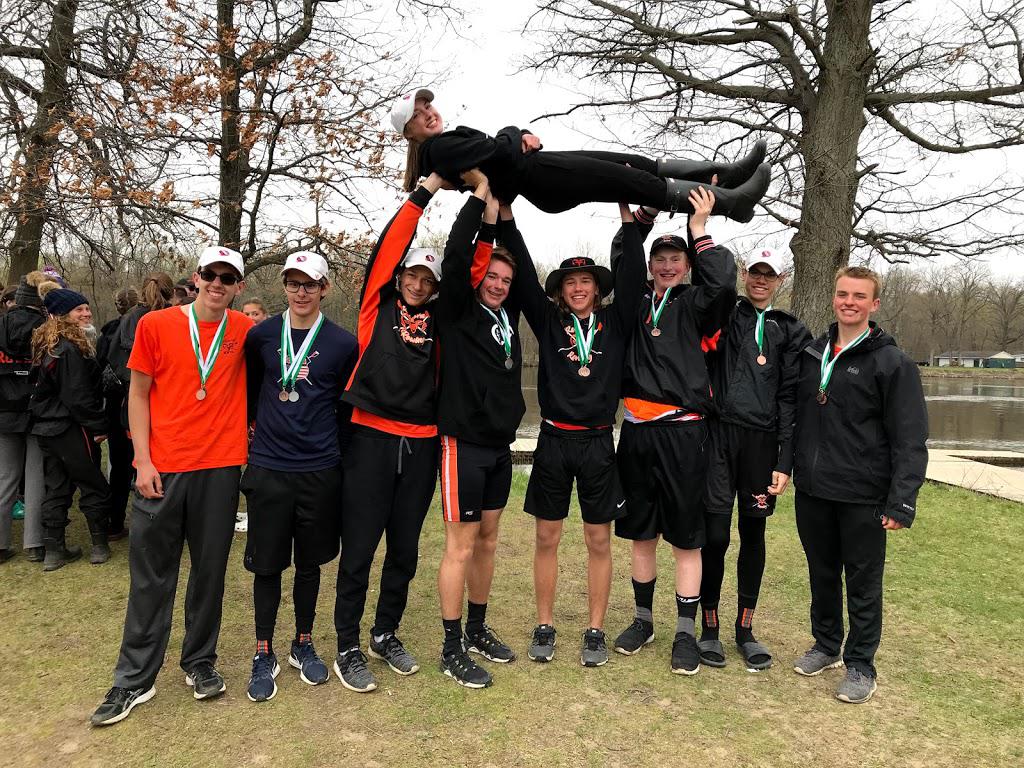 Rockford Rowing placed third in the men’s competition. The women’s team placed second, and the Huron Rowing Association of Ann Arbor were champions of the day.

After the completion of the Regatta and the awarding of medals, the Rowing Rams took the opportunity to row 90 minutes back to the Jupiter Boathouse to take advantage of the additional time on the water.

Women’s Head Coach Dilan Itter congratulated the athletes after their return.  “A lot of us got silver medals,” Itter says. “I’m sure you want that to be gold next time.  That happens by outworking the other crews. That’s what we’ve been talking about and that’s why we did so great. We talked a lot about the gaps at Frogtown.  Both the guys and girls decreased that gap significantly. The guys Varsity 8 boat took off 20 seconds and the girls V8 tightened the gap of 15 seconds to 4 seconds. We are seeing those gains but for them to keep happening you must work even harder. As your boats get faster, it is going to be harder to find speed. And the only way to do that is by staying really focused. Be productive. Listen to your coxswains. Listen to your coaches. Keep the positive attitude. Keep that work ethic. You guys have gotten so much faster on the water and on the ergs here, but you must keep growing.”

The coaches also stressed in these busy times to make sure the athletes are keeping up on their academics. “You are a student-athlete. As we start to do a lot more travelling, keep that focus.  A lot of you guys are going to learn a lot from rowing, but your grades are going to get you into college, trade school, or prepare you for a career. We need to keep up on the grades and time management. Be proactive. Just like you prepare for the next stroke in Rowing, have that preparation with school. We’ve only got 3 days on the water this week, loading on Thursday and travelling on Friday.  Same with next week with the Midwest in Ohio. We have six days on the water before Midwest Championship that determines whether you make it to Nationals.  Keep that work ethic and time management. Stay focused. Stay humbled. Don’t let that ego catch up with you. You guys have been successful because you’re hungry. Keep that hunger.” 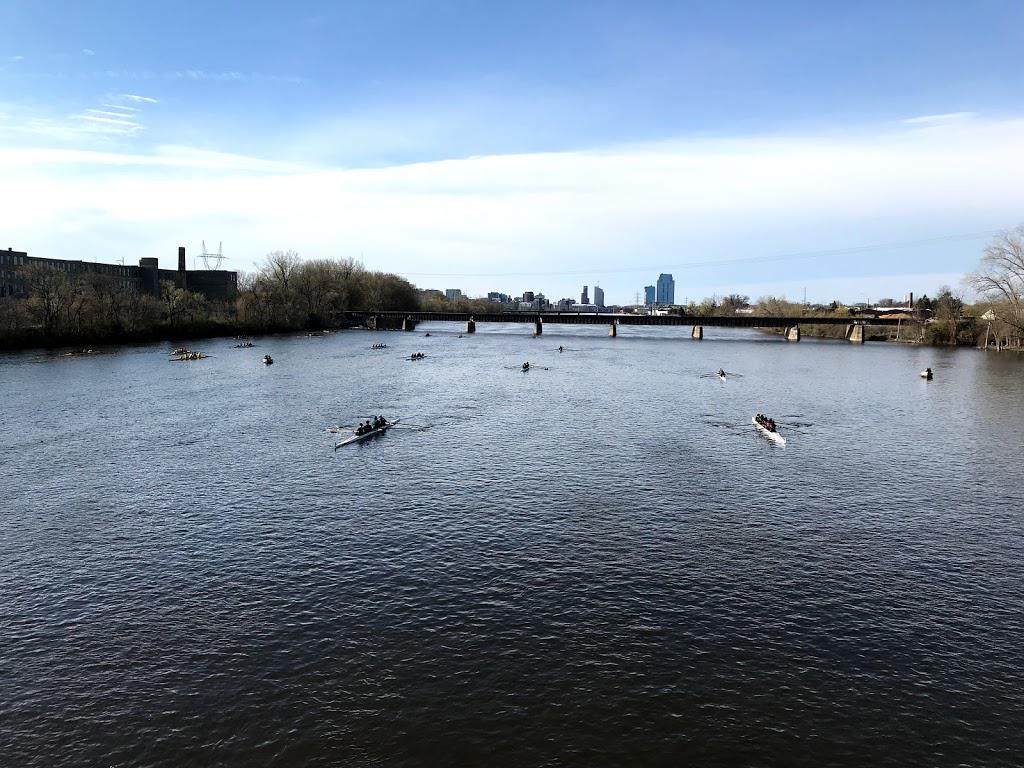 Boats preparing for the start of a race on the Grand River overlooking the city. ~ Photo by Aaron Sundman 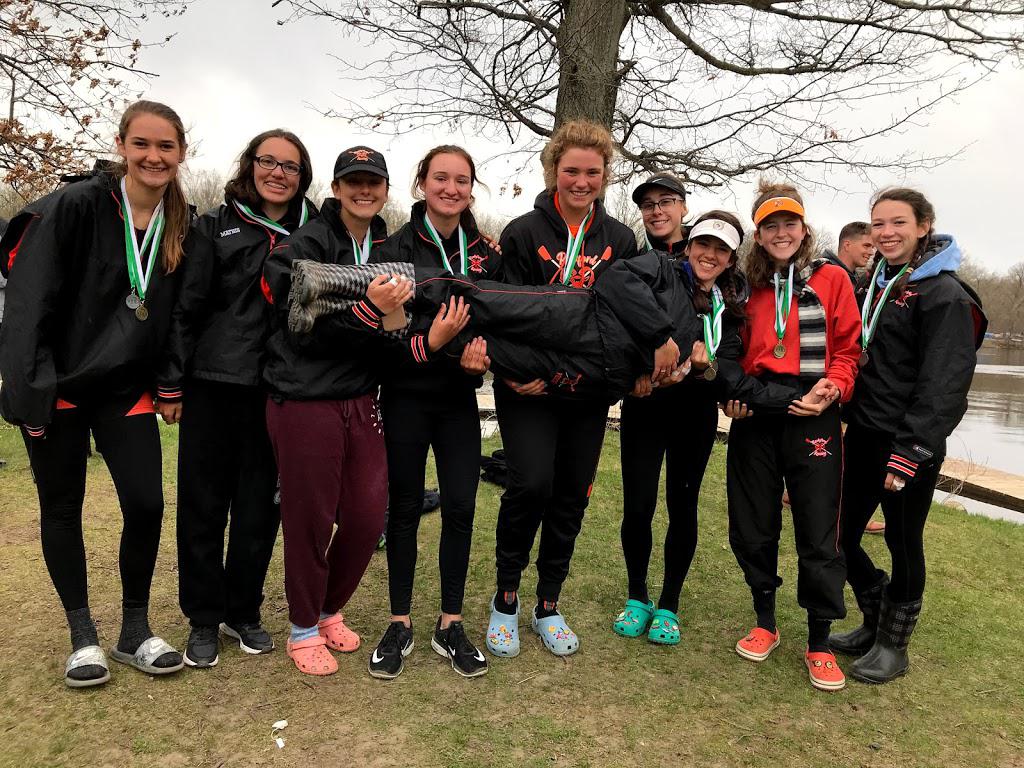 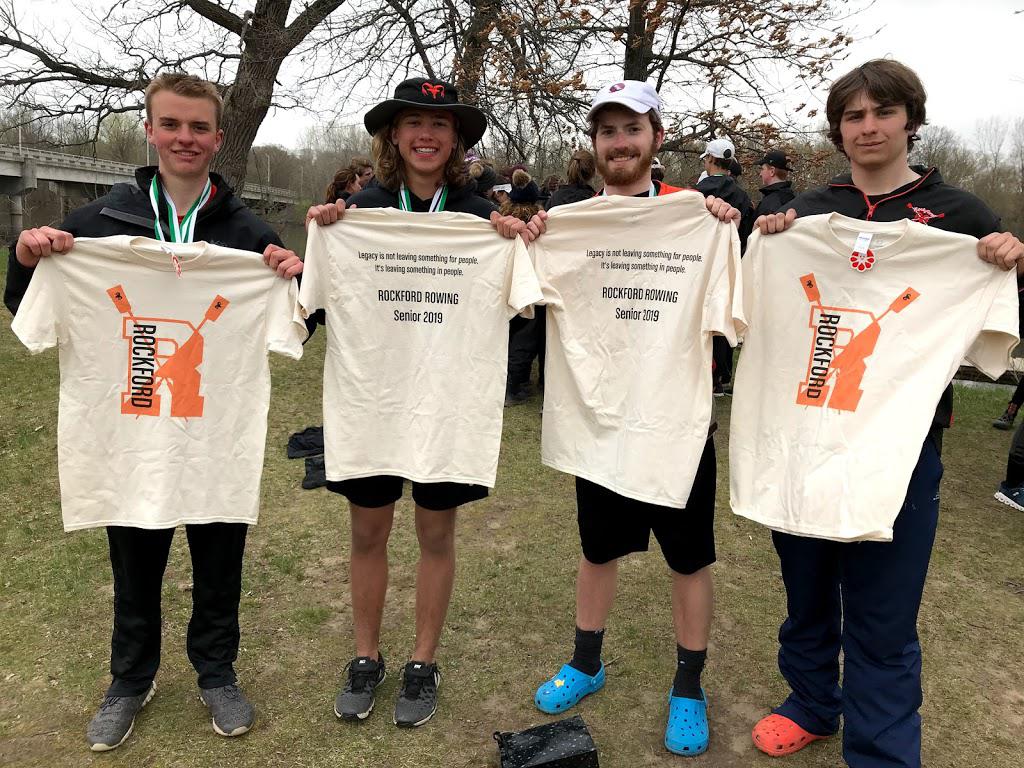 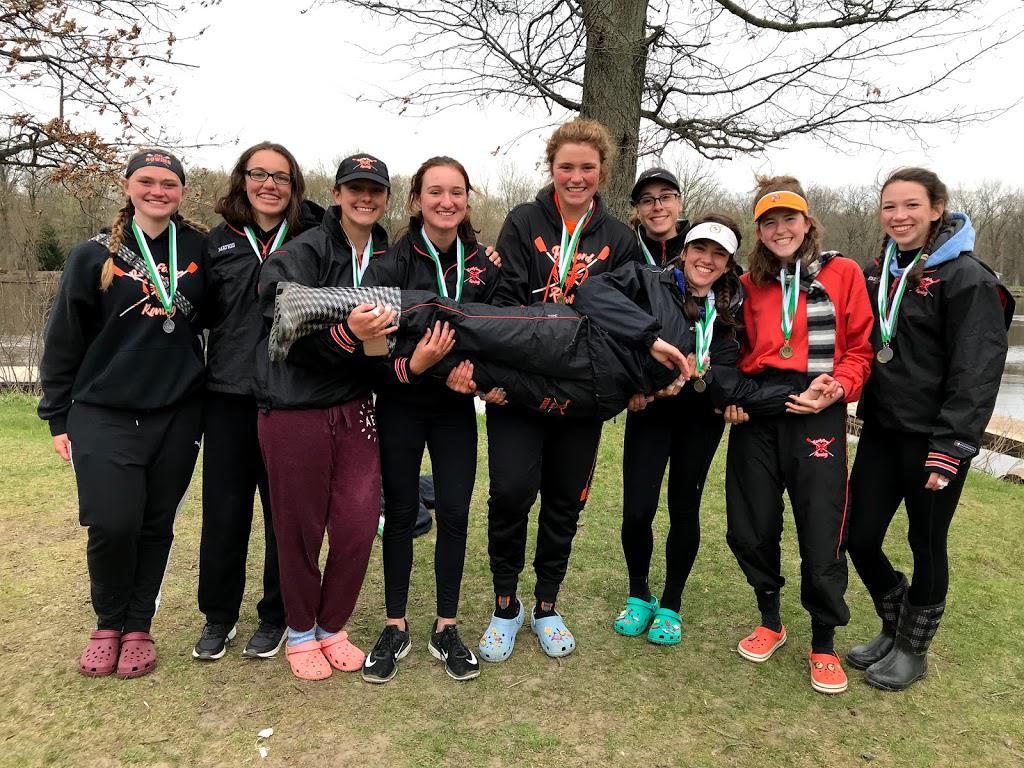 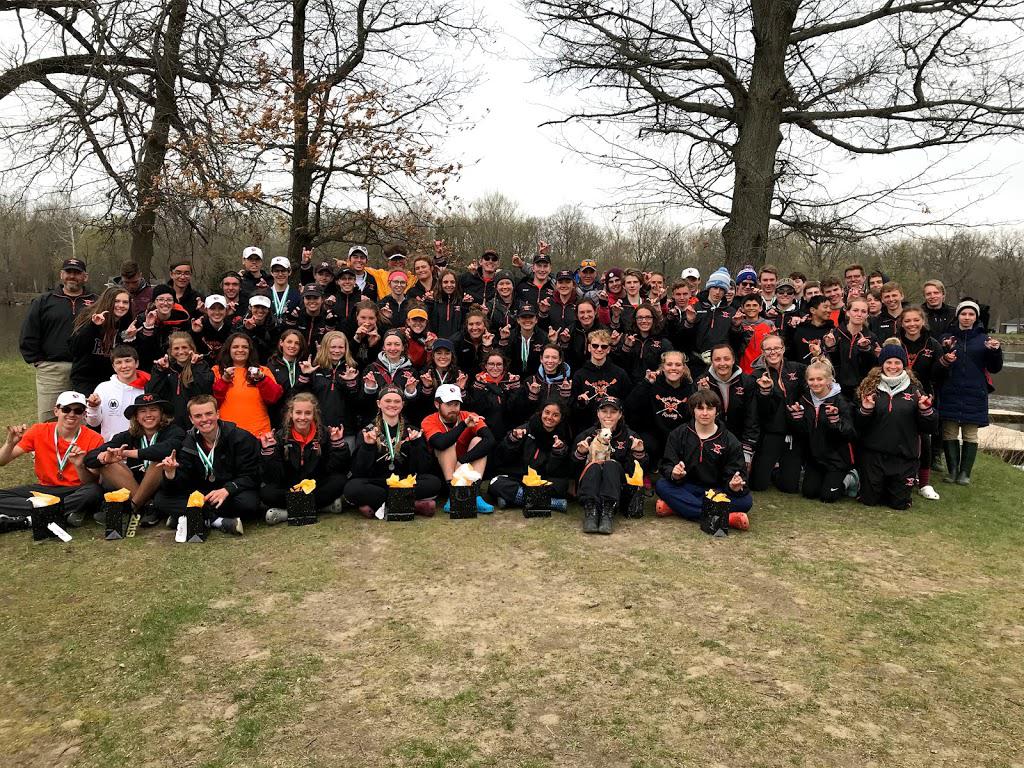