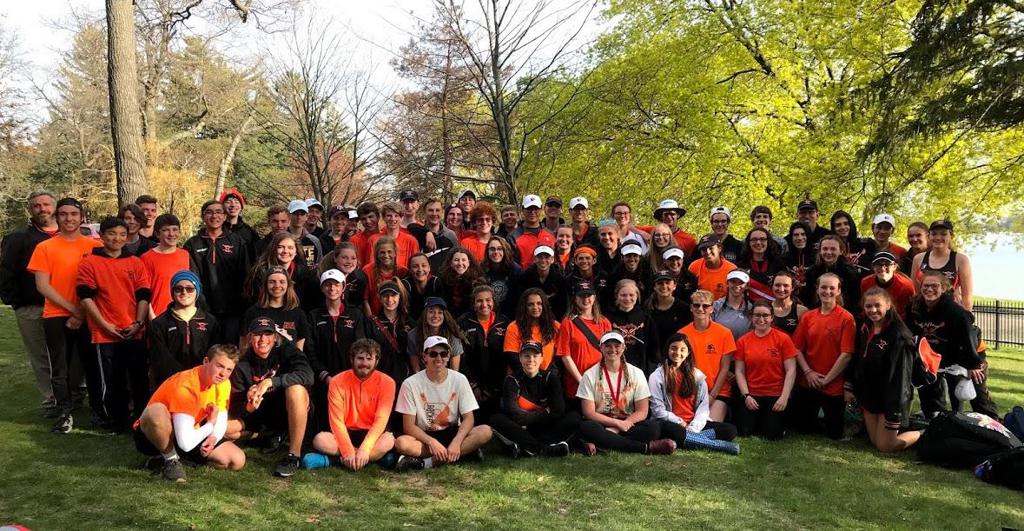 Rockford Rowing travelled to St. Mary’s at Orchard Lake, Michigan on Saturday, May 4, for the annual Laddies Cup Regatta. Twenty schools from across Michigan and Ohio competed in beautiful weather conditions and calm water. Thousands of oarsmen and visitors enjoyed the races at the all-day event.

Assistant Men’s Coach Grant Hoffman congratulated the team following the regatta. “You did a really great job racing against some of the fastest teams they compete against.”

Assistant Girl’s Coach Jeff Garant noted how proud the coaches were of the effort put in by all team members.

The focus now shifts to the Midwest Scholastic Rowing Championship, May 11 and 12, in Dillon Lake, Ohio. The top boats from 12 states in the Midwest will be competing for a chance to represent their school in the National Finals later this month.

To learn more about the program, visit RockfordRowing.com. 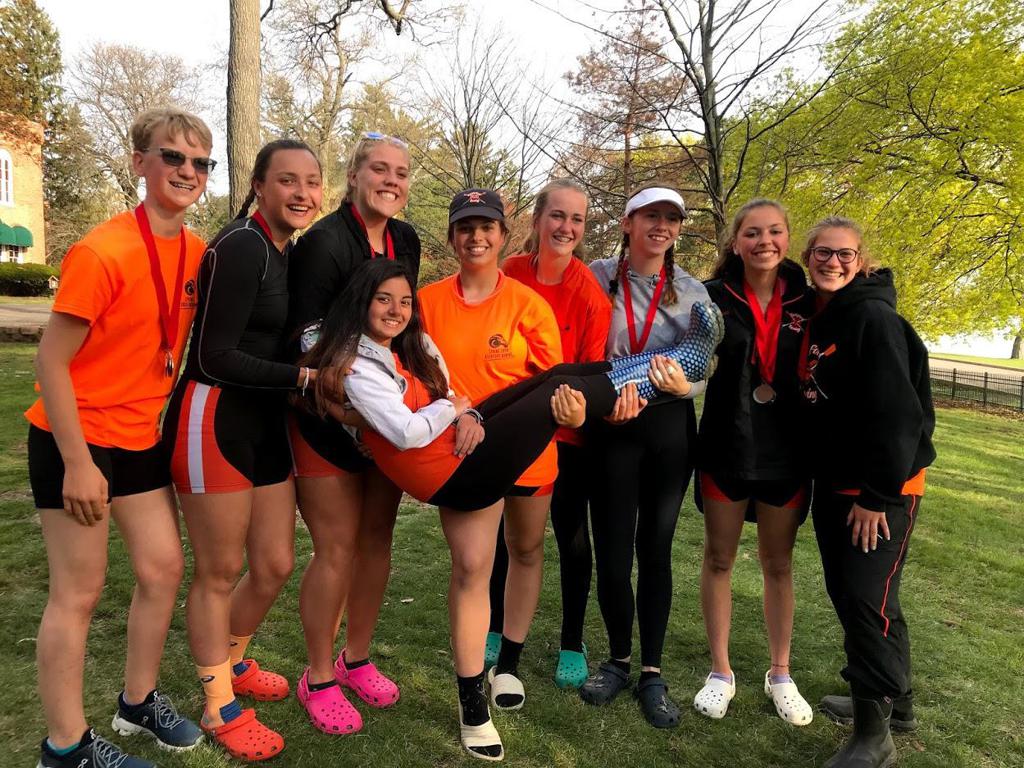 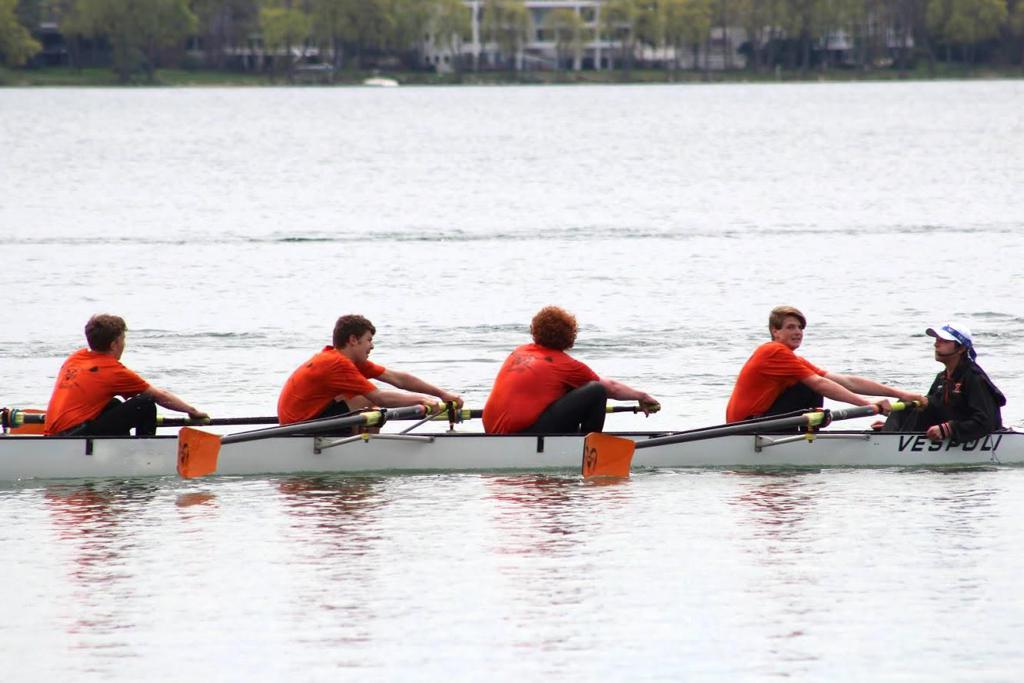 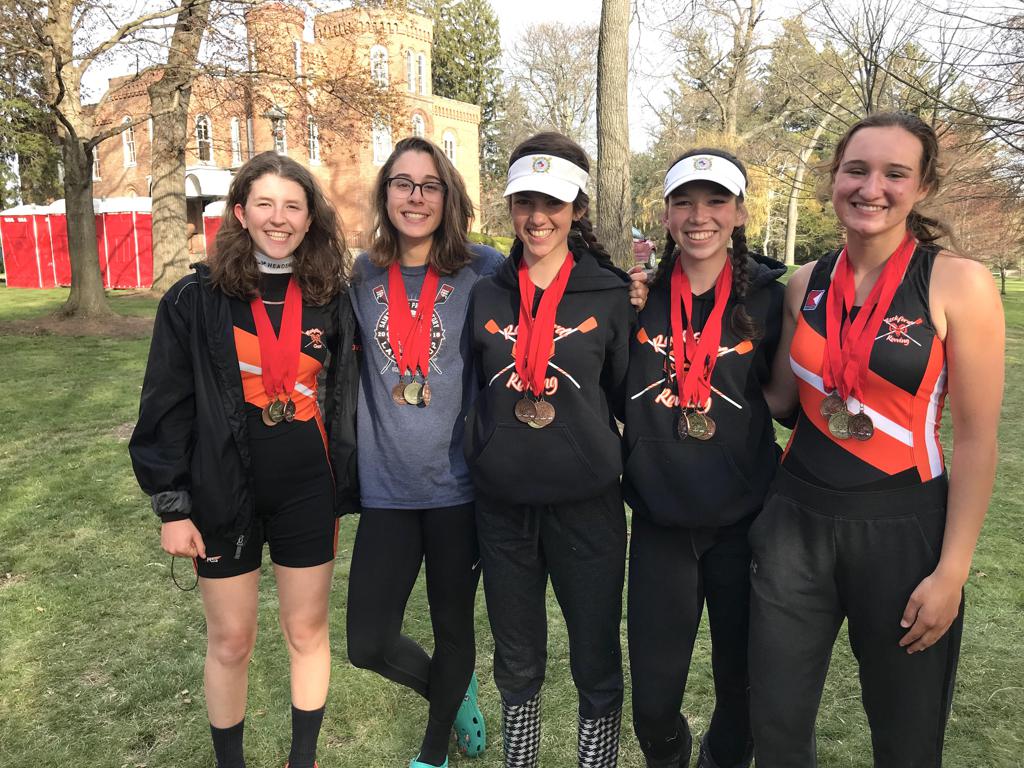 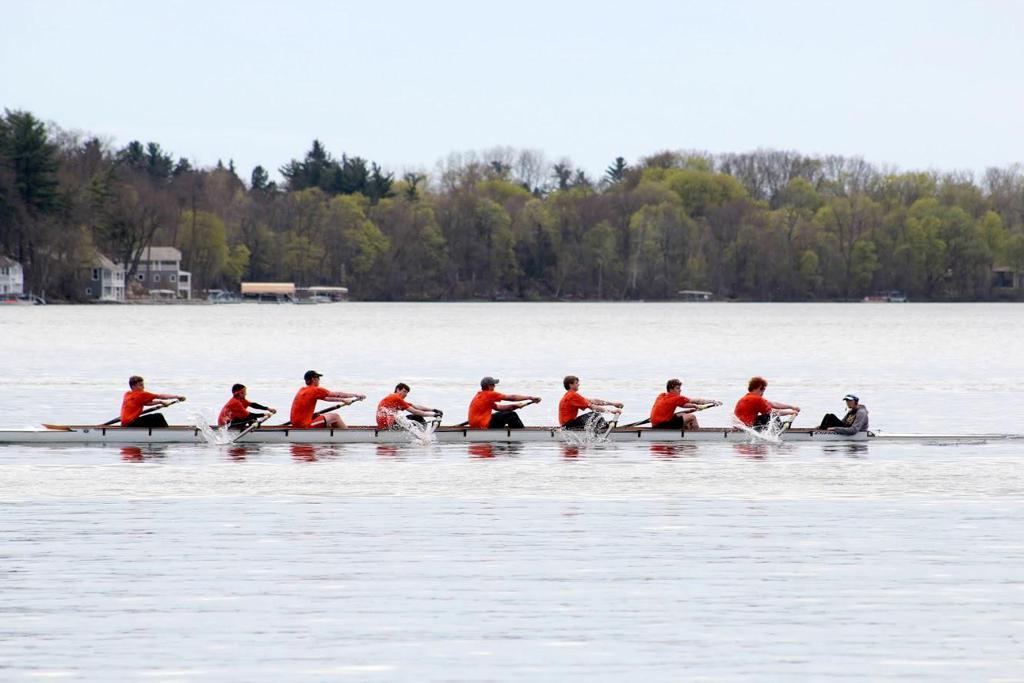 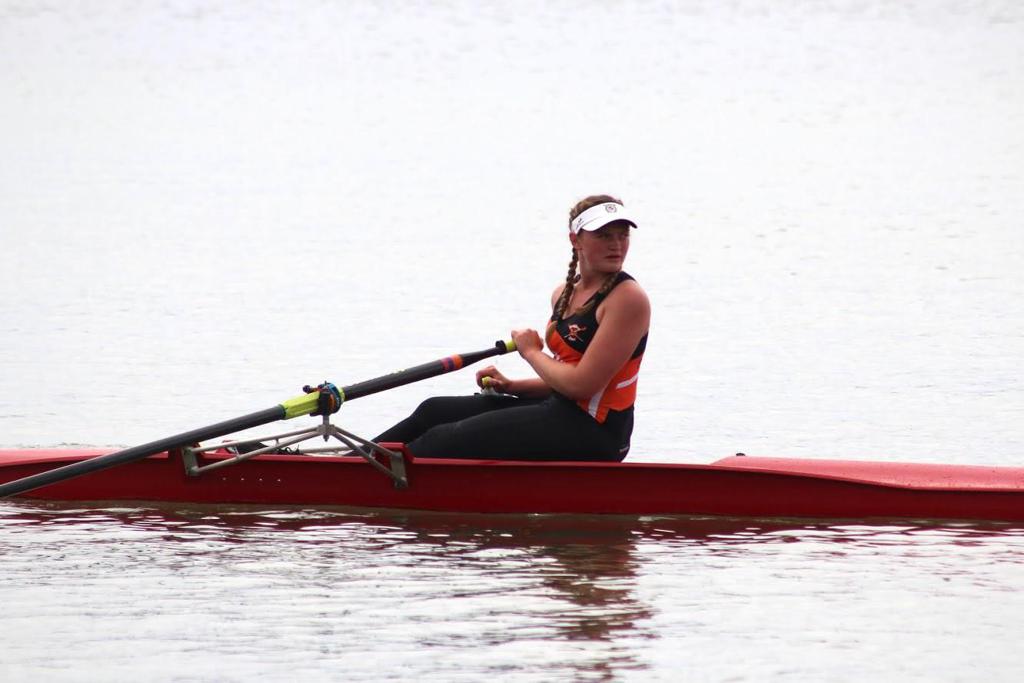 Rockford senior Emma Lassig rowing a single. Emma has committed to row with Mercyhurst College in the fall. ~ Photo by Aaron Sundman 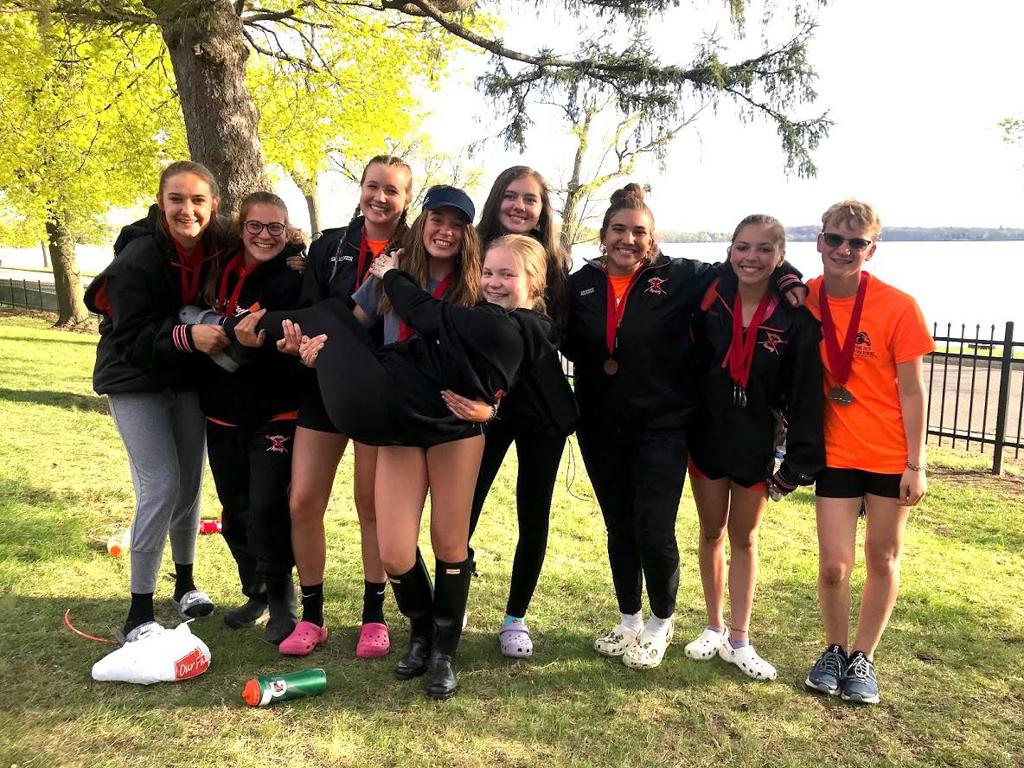