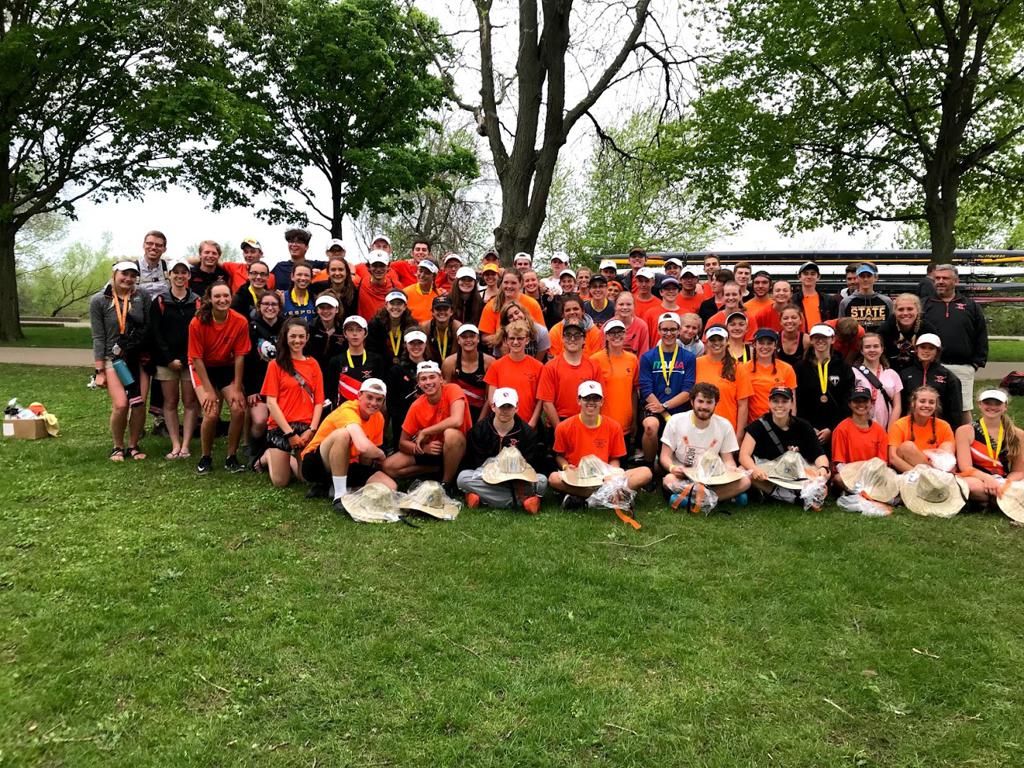 Congratulations to the Rowing Rams on a fantastic showing at State Championships! ~ Photo by Aaron Sundman

Congratulations to the Rowing Rams on having ten boats proceed to finals and ultimately winning four medals on Saturday!  The Rockford Rams competed at the 2019 Scholastic Rowing Association Championship Regatta on Saturday, May 18th, at Riverside Park in Grand Rapids.  Twenty schools across the state competed, including West Michigan Schools Rockford, East Grand Rapids, Forest Hills Central, Forest Hills Eastern, Lowell, Northview, and Spring Lake.  Competition was fierce as the rowing programs in the State of Michigan grow.  Ann Arbor Pioneer was crowned State Champions for the women’s team with and St. Mary’s Orchard Lake was victorious in the boys State Championship title.  When viewing the strength of the new rowers and the Varsity team, Rockford is set for a ferocious run next year to reclaim their state championship.

Head Women’s Coach Dilan Itter spoke to the athletes following the regatta.  “Today we got to see a lot of tough competition.  We are seeing States get even more competitive, which is great to see.  These championship regattas, if you are making it to the finals you are really fast.  Be aware of that.

If you want to get faster, and you want to get really quick in those 8s and 4s, you really have to give that effort that everyone is always trying to push you towards.  Focus on preparation and what we are doing in the winter and pre-season is super important going into 2020.  Know you did an awesome job day.”

The day after State Championship, the team celebrated with Crew Prom at Cannonsburgh.

Best wishes for the Rams as Rockford Rowing travels to the Scholastic Rowing Association of America National Championship Regatta on May 24th and 25th on Dillon Lake, Ohio.  Rockford is sending three boats to compete with 156 schools from around the nation.  The following weekend, Rockford will again be travelling, this time to the Canada championships on the Royal Canadian Henley Regatta Course in St. Catharine’s, Ontario.  GO RAMS!

To learn more about the program, visit RockfordRowing.com. 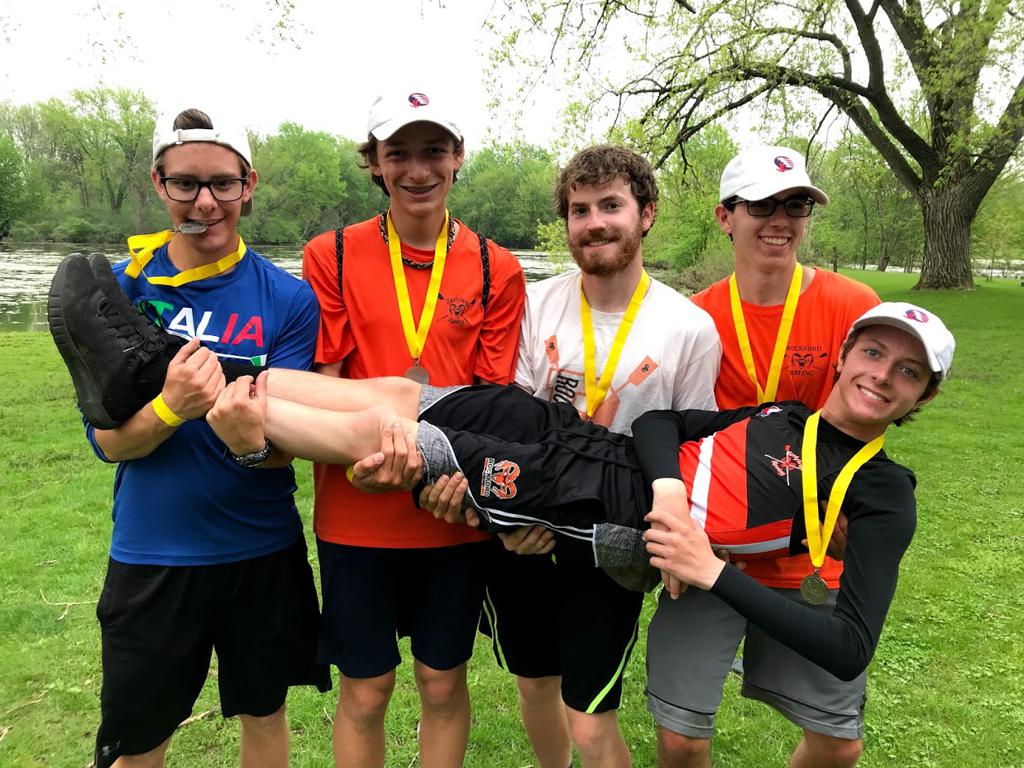 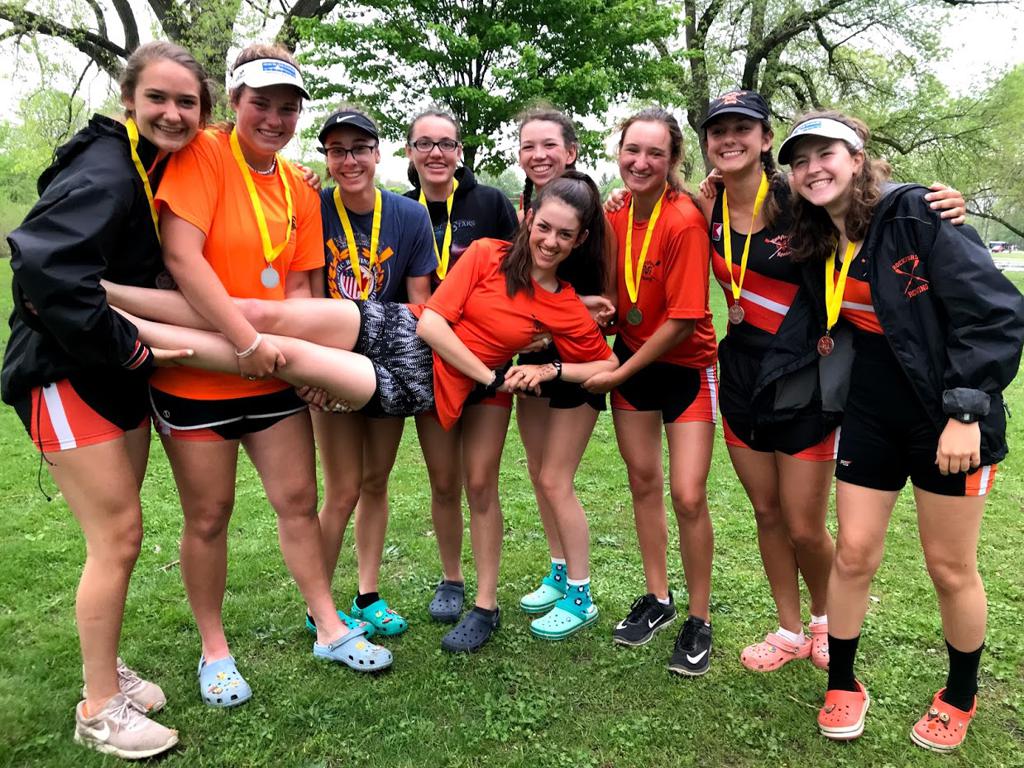 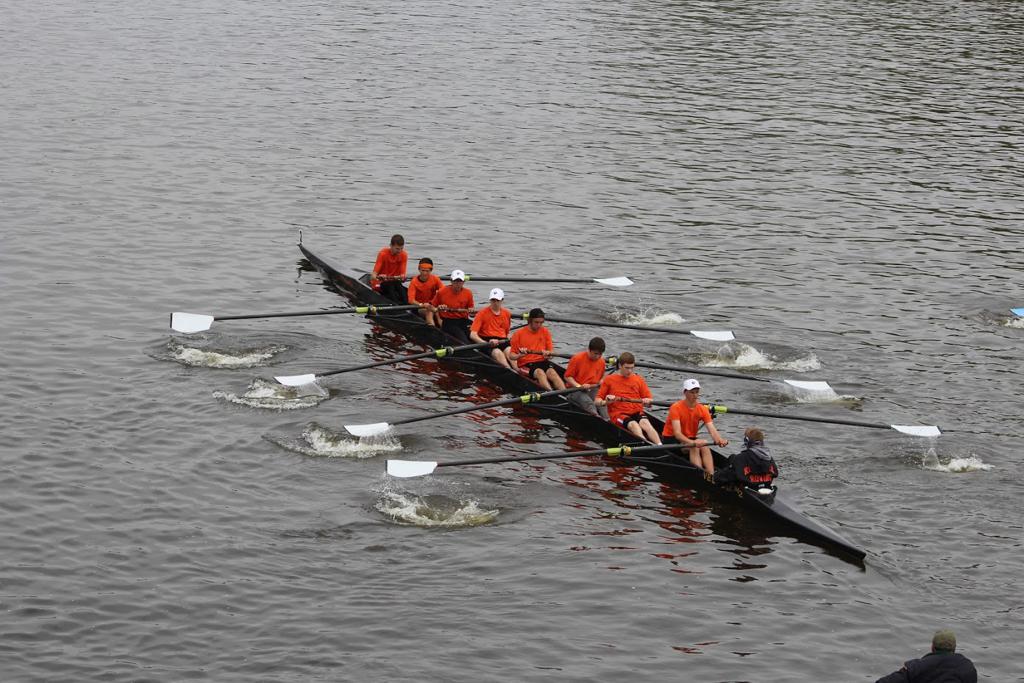 The men taking the water. ~ Photo by Aaron Sundman 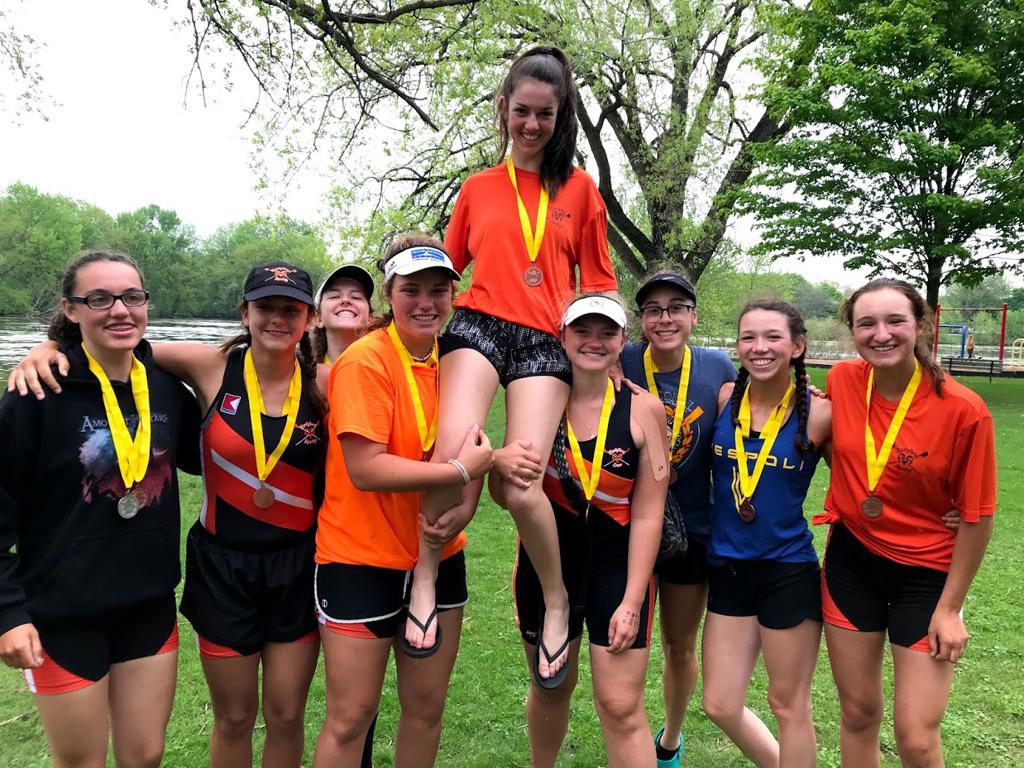 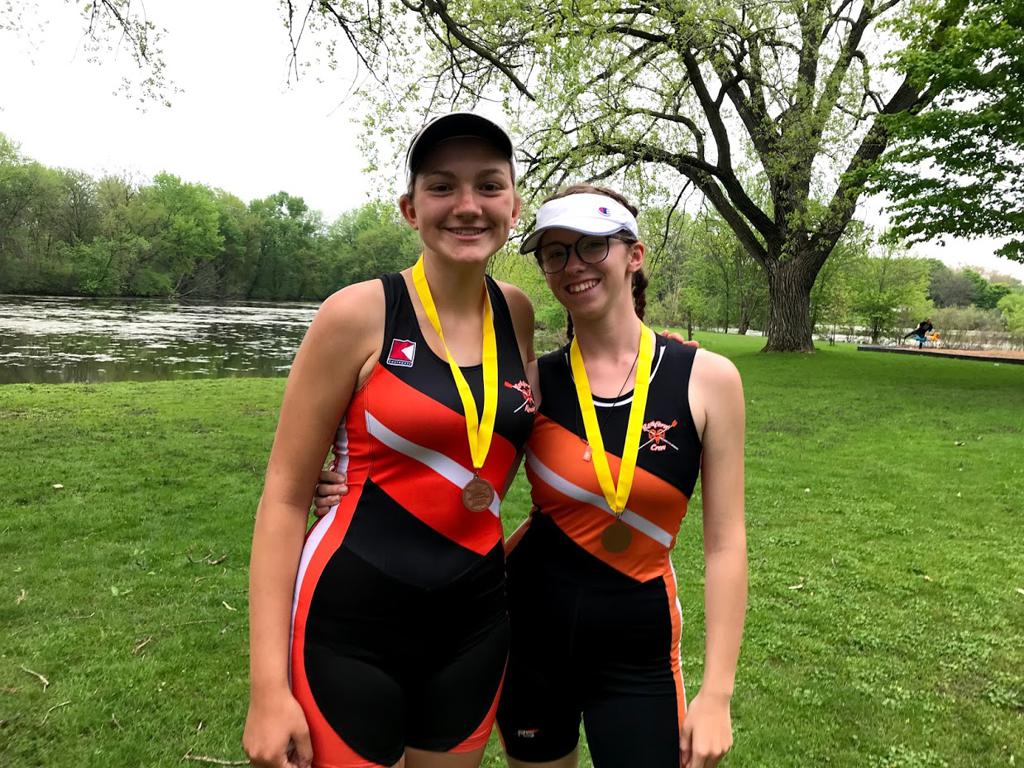 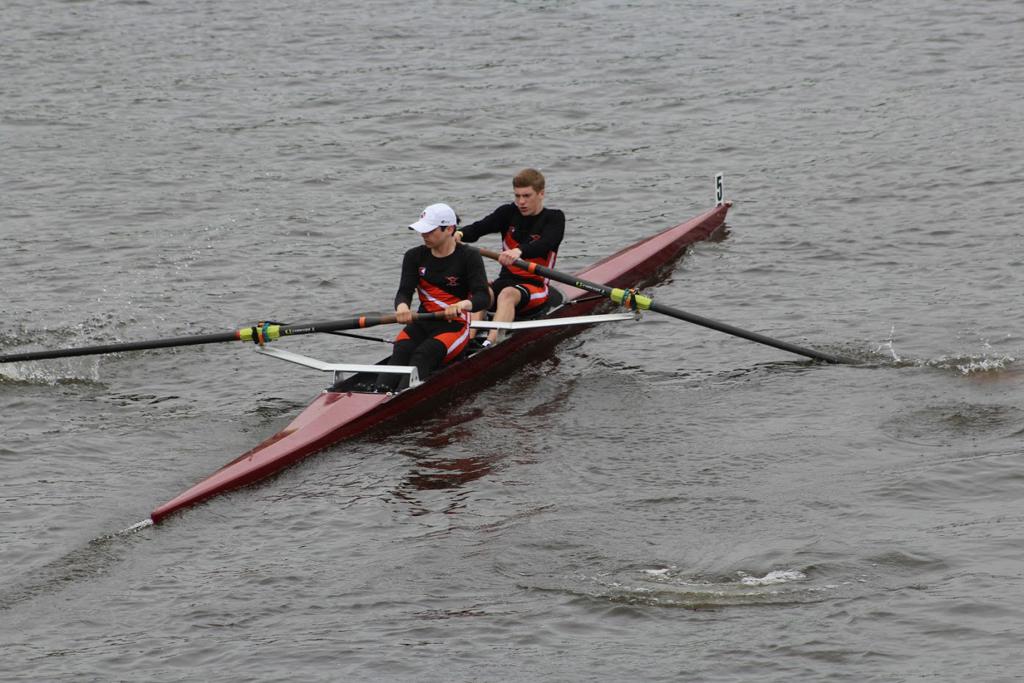 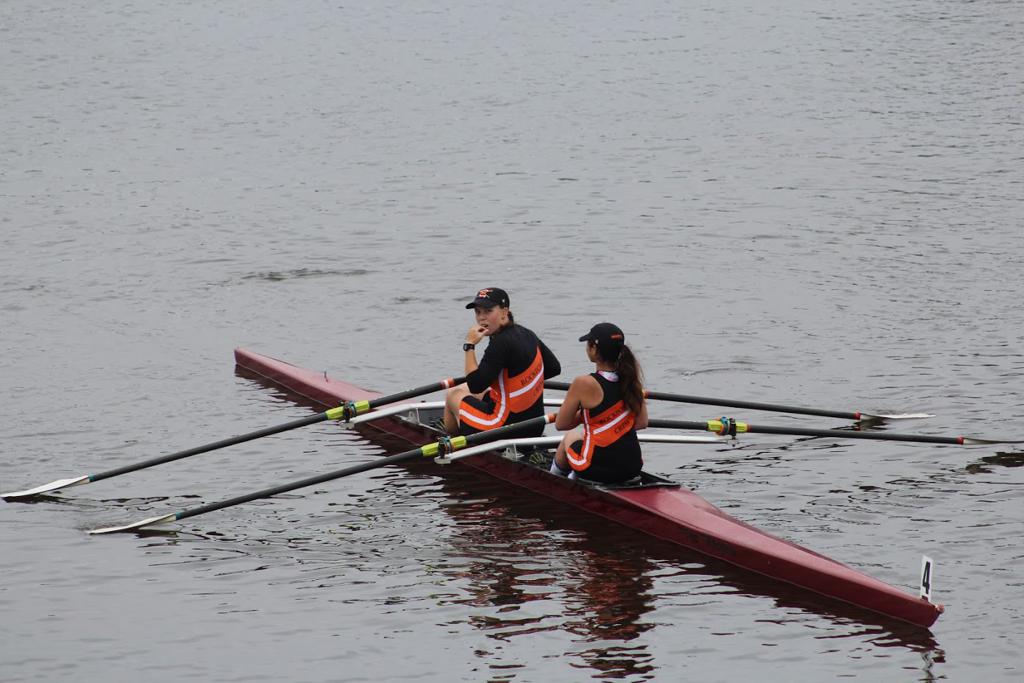 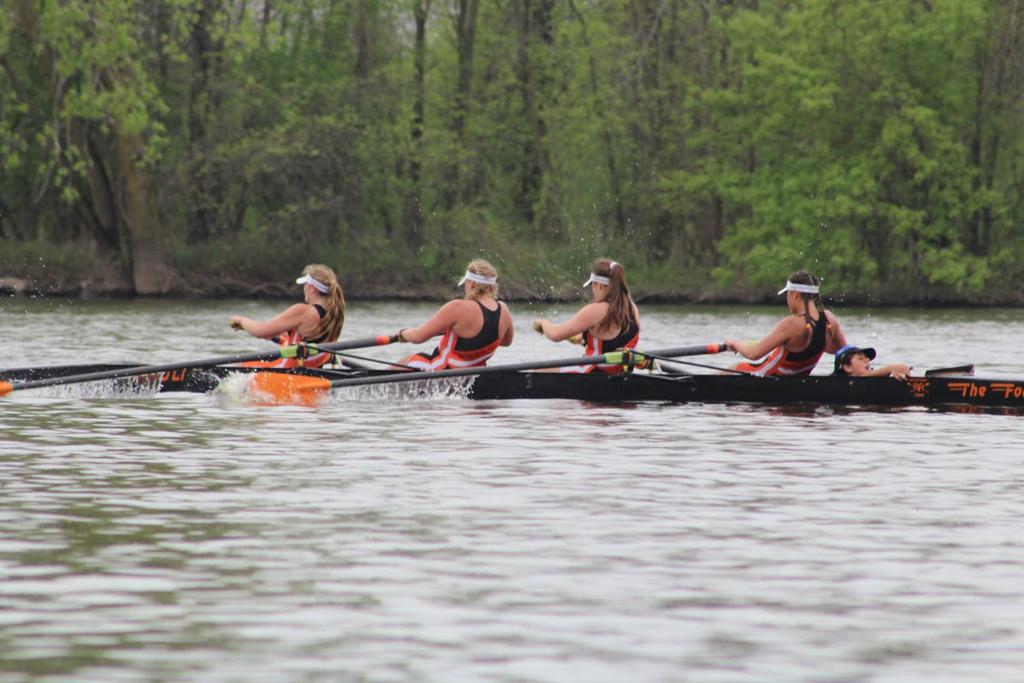 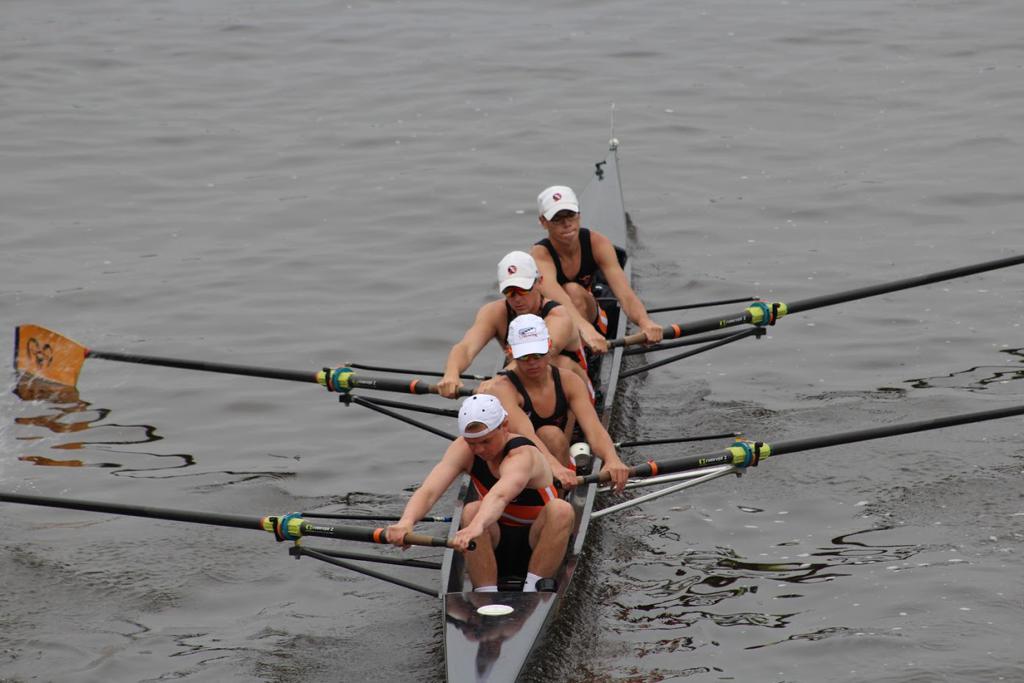