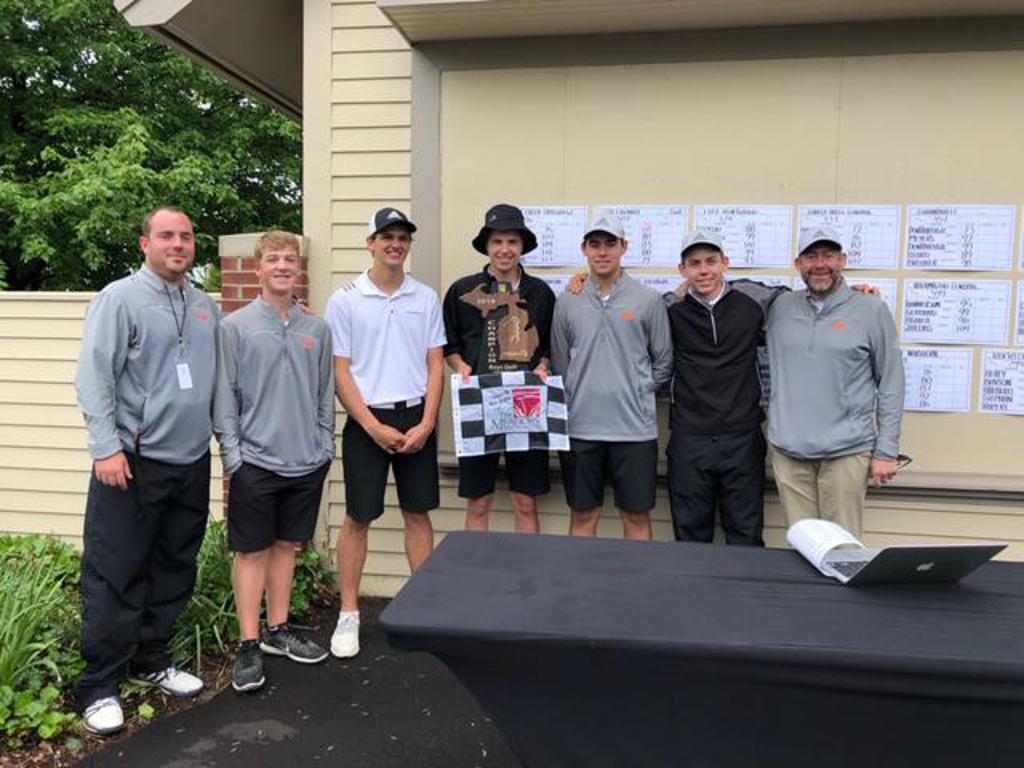 ALLENDALE – The Rams golf team travelled to Allendale, Thursday, May 30, to play in the MHSAA D1 Regional at The Meadows on the campus of Grand Valley State University. The gorgeous par-72 links-style championship course was the winner of the prestigious Donald Ross award from the American Society of Golf Course Architects in 2007 and, through 2016, has been the location of nine NCAA National Championships and 24 MHSAA State Championships.

There was a field of 15 teams who took to the course in search of a top finish in the state. The Rams dominated the day, carding a 294 to claim the Regional title. The familiar OK Red teams of Caledonia (307), and Hudsonville (313) placed second and third, respectively.

Rockford had a big day on the course, not letting the stress of the big event affect their games. Kevin Healy and CJ Stephan led the Rams, both carding 73. Nathan Barton and Nick Rupert both shot a 74, and Oliver Haeberle rounded out the strong Ram showing by carding a 76.

"The guys played great, this is the first time all year where all five guys played well in the same event," shares head coach Joel Siegel. "CJ Stephan made a hole in one on hole 3, which sparked our team to victory."

The Rams will now prepare for the MHSAA D1 State Finals that will take place June 7-8 at The Fortress in Frankenmuth.