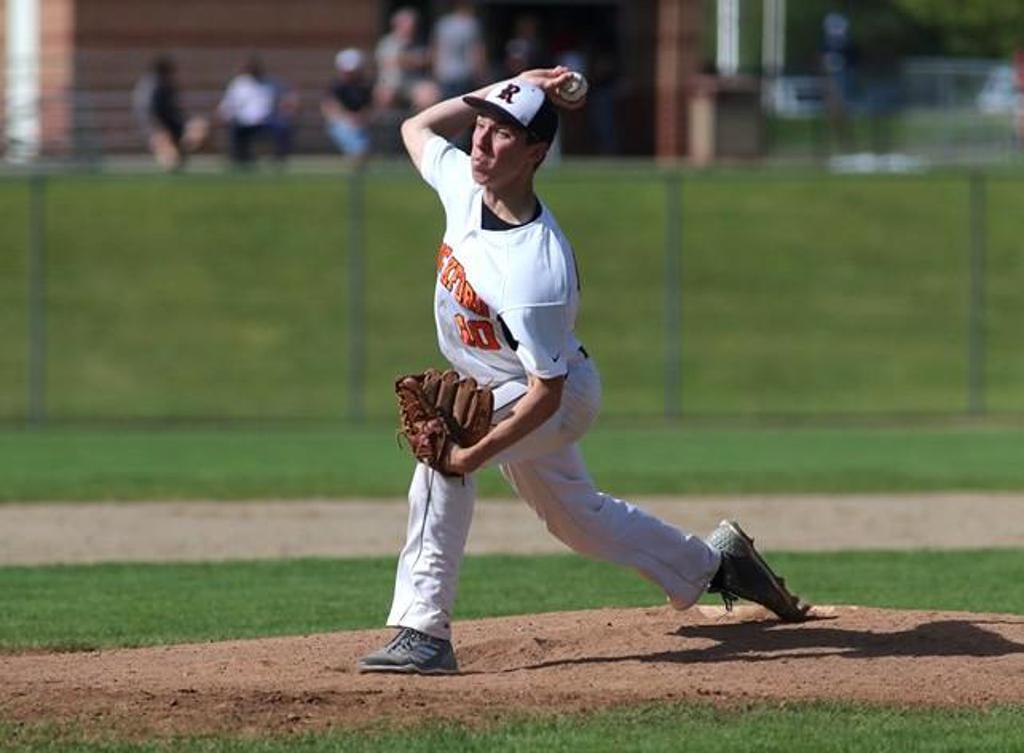 GRAND RAPIDS – The Rams varsity baseball team kicked off District play against Greenville, Saturday, June 1. Rockford had a solid game all around, earning an important 4-2 victory to move on in the MHSAA tournament.  The win moves the team’s overall record to 23-9 on the year.

Strong pitching on both sides kept the game scoreless until the third inning. The Rams were able to plate two runs in the top of the stanza to move ahead in the game. The inning started on a Zach Schamp single and he followed that by stealing second to put himself into scoring position. Cody Sterkenburg reached on an error, advancing Schamp to third. A Luke McLean single on a line drive to right field scored both Schamp and Brendan Schueller, who came in as a courtesy runner for Sterkenburg to move the score to 2-0. Greenville was able to answer in the bottom of the inning with a run of their own to move the score to 2-1 and keep the game close.

Ram pitcher Zach Marshall continued to show precision in the next two innings, facing only six batters and causing strikeouts, fly outs or ground outs to preserve the narrow Ram lead. In the top of the seventh, Schamp came up to the plate with two out and delivered some more magic by hitting a triple to ignite the Ram offense. He was followed by Joe Kelley, who hit a single for the RBI and moving the score to 3-1, and Cody Sterkenburg, who hit a line drive single to left, with Kelley scoring on an error on the throw from left field to move the score to 4-1. Greenville was able to answer, but it was just a single run in the bottom of the inning to end the game on a 4-2 Ram victory.

Marshall earned the win on the mound, going six innings and giving up only one run on four hits and three walks, while striking out five. McLean came on in relief and threw for one inning, giving up one run on one hit and now walks, while striking out two. Schamp went 3-for-4 with a triple and McLean went 2-for-4 with two RBI, and Kelley went 2-for-4 with an RBI to pace the Rams. Also picking up hits were Sterkenburg, Marshall and Grant Martin.

The Rams will now play the winner of the Northview/Forest Hills game later in the day, weather permitting.