Soccer Team Kicks Off Season with Plenty of Wins 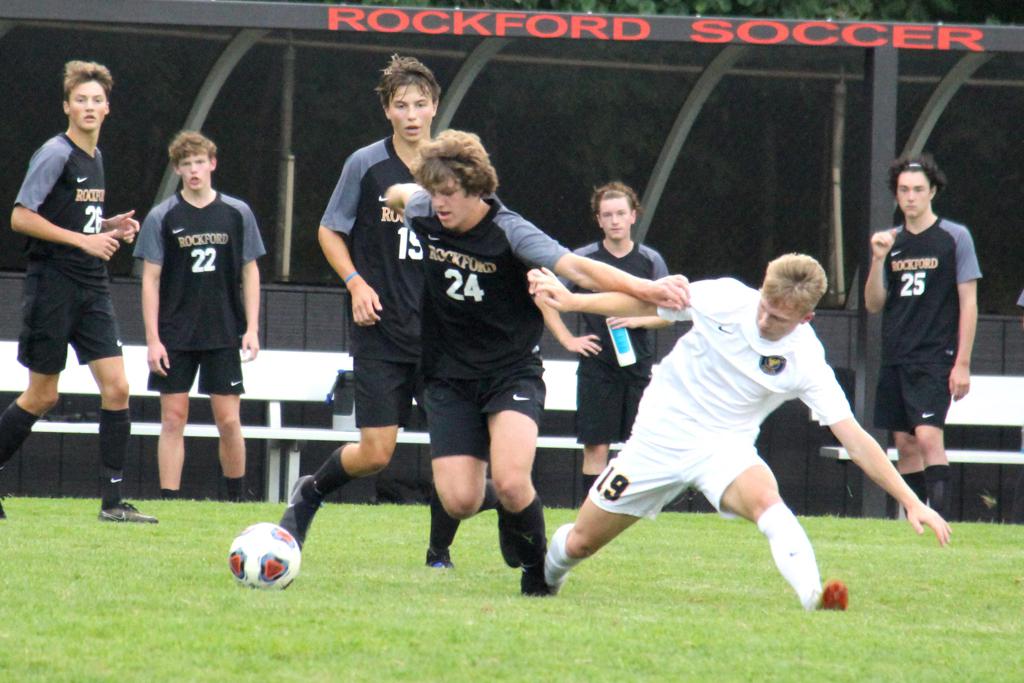 ROCKFORD – The varsity soccer team faced off against the Hudsonville Eagles for an OK Red match-up, Tuesday, Sept. 4. Both teams had some impressive wins on the season, so they knew going in it would be a close match, and it showed on the field.

The Rams had earned a 5-0-1 overall record (2-0-1 conference) heading into the Hudsonville match, earning two 1-0 victories over Jackson and Detroit U-D Jesuit at the Justin Bailey Memorial Shootout in mid-August. The team notched another win against Lowell, by topping the Red Arrows 2-0 to move their record to 3-0. Their first conference match found them in a 1-1 tie with a strong Caledonia team, followed by a 3-1 victory over Grand Haven and a 1-0 win over East Kentwood to set the stage for Tuesday’s OK Red match. The Eagles came into Rams Stadium toting a 3-2 overall record, and 2-1 conference record, hungry for another win.

The Rams showed plenty of grit in the opening 10 minutes on defense, keeping the ball on the Eagle’s half of the field, threatening for a score a number of times. The Eagles were finally able to get the ball down the field and found the back of the net off the foot of Luke Bouma 17 minutes in to earn a 1-0 score. Rockford threatened a number of times 30 minutes in, and again with just eight minutes to play in the first half with a nice feed from Ram senior Jacob Rademacher, but a Hudsonville player was able to clear away the ball to stop the attempt. Ram Ian Johnson made a nice clear in front of the Ram goal to stop an Eagle scoring threat late in the half. Hudsonville scored again on a penalty kick with just 1:13 left to play in the first half to move the score to 2-0.

The second half found both teams working hard to get a score, with neither being able to connect with the back of the net. Ram keeper Jack Hanssen did a great job of turning away the Eagle scoring attempts, making a couple of diving saves, sacrificing his body a number of times for the stops. Rams Adam Goushaw and Rademacher made a number of drives to the Hudsonville net. Dominic Meinke, Alex Ducey, Aiden Smith and Kyle Switzer worked hard on both sides of the ball, but the Rams weren’t able to move the score, falling 2-0 when the final buzzer sounded.

The team will have a week of competition off before traveling to face off against Red foe West Ottawa, Tuesday, Sept. 10, with the match scheduled for 7:15 p.m. 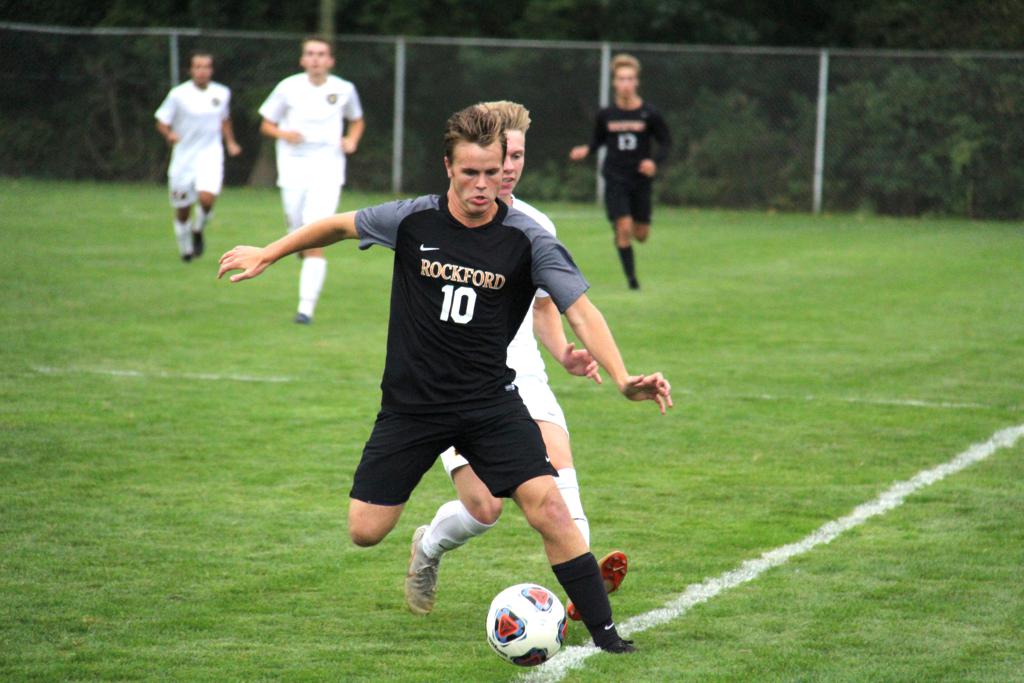 Max Dalton works down the field. ~ Photo by Jeannie Gregory 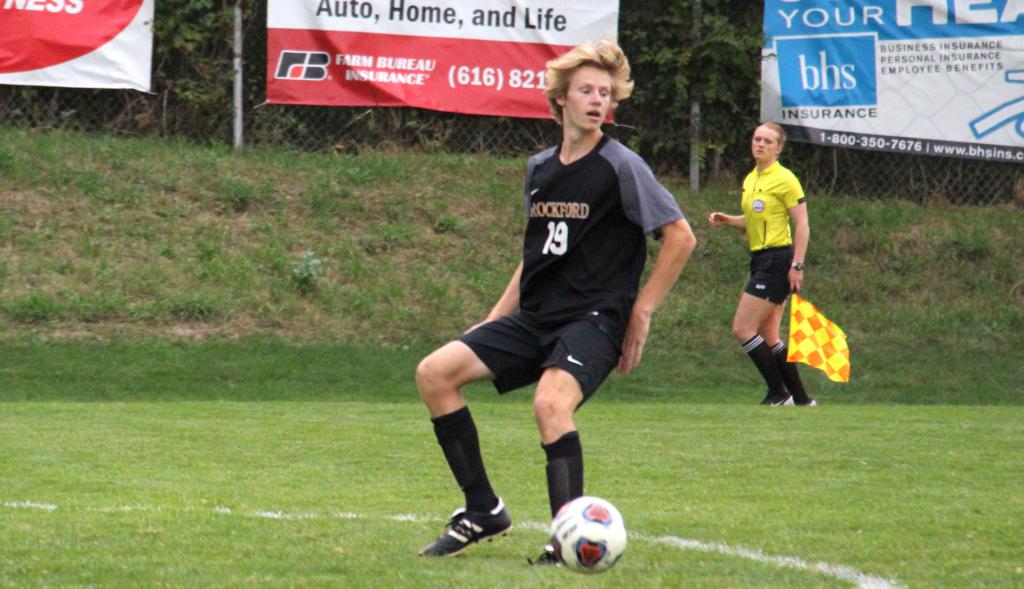 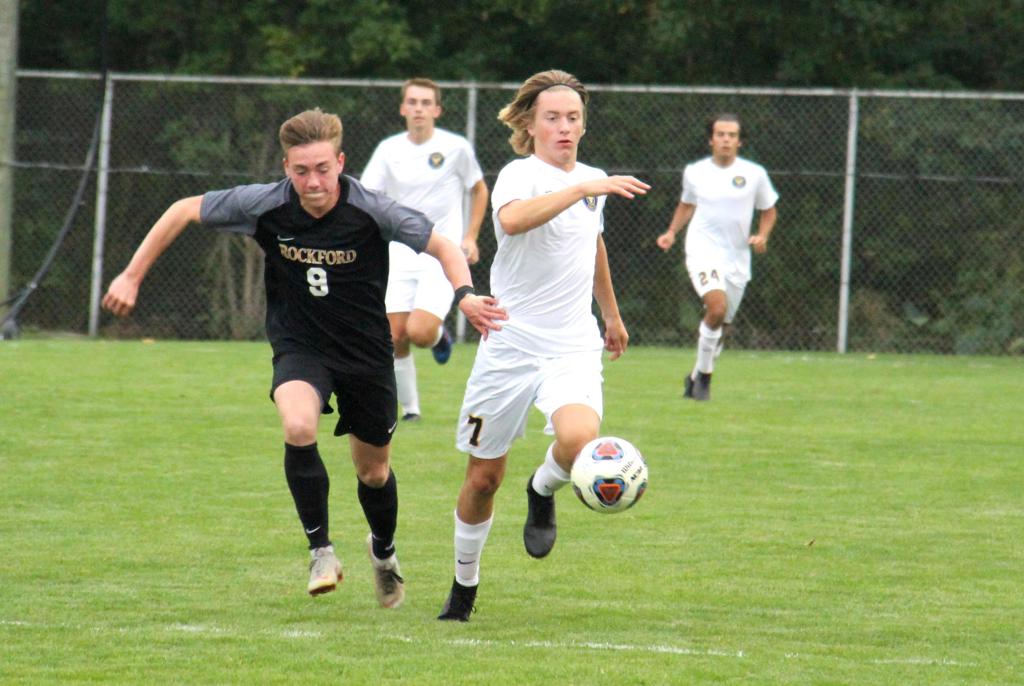 Ram junior Jared Wiltheiss shows some jets as he moves toward the ball. ~ Photo by Jeannie Gregory 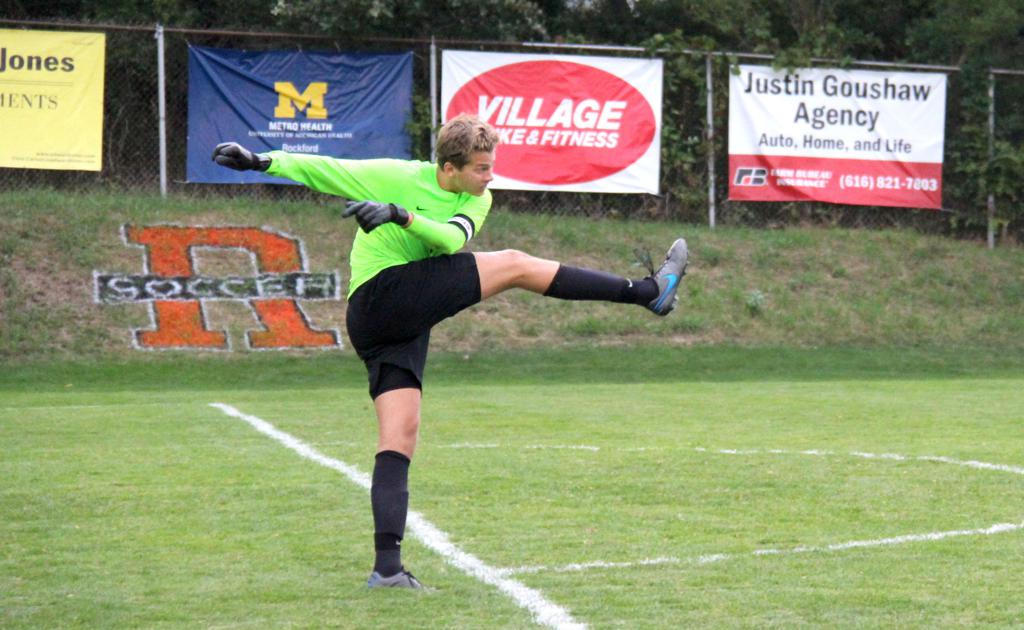 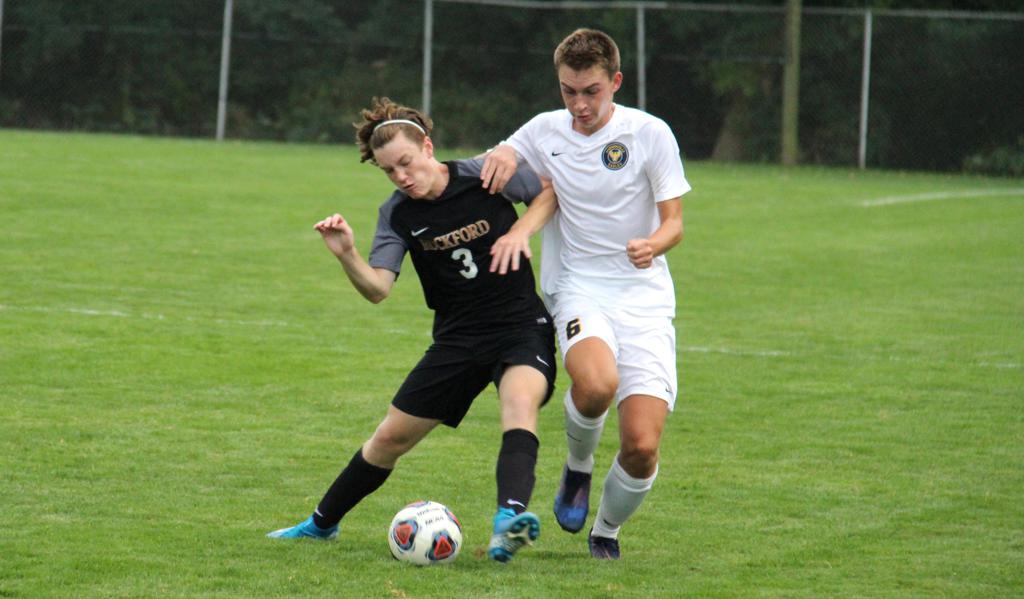