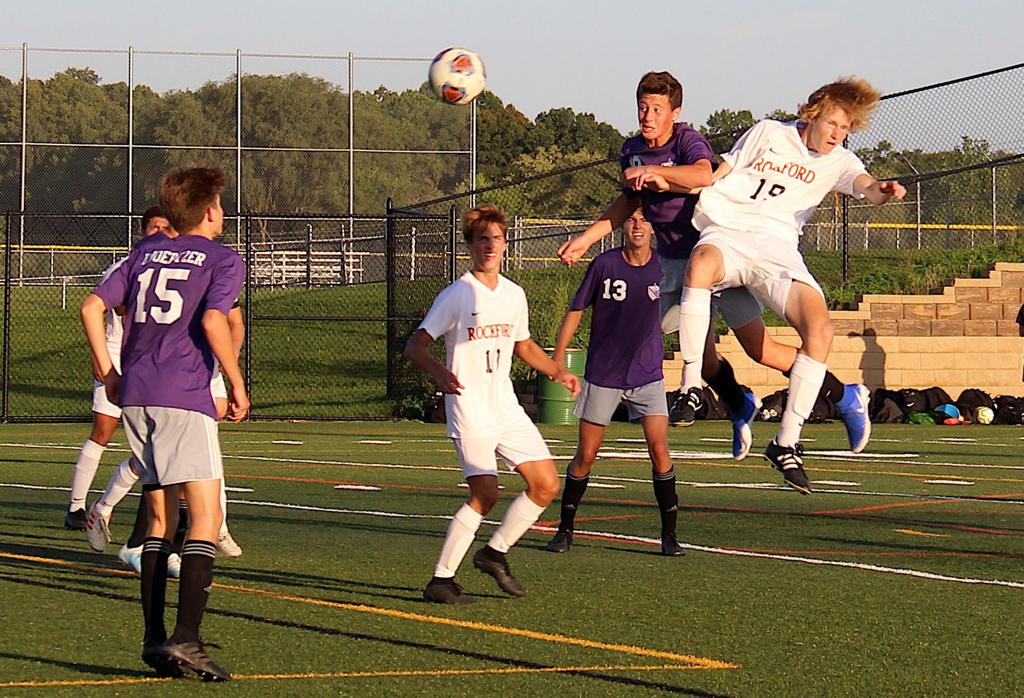 Ian Johnson goes up for a header against Caledonia. ~ Photo by Jeannie Gregory

ROCKFORD – The Rockford varsity soccer team faced a huge foe in Caledonia when they played host to the Fighting Scots, Tuesday, Sept. 17. The Rams had earned an 8-1-1 overall record, with their tie coming against Caledonia earlier in the season. The Rams’ conference record had them sitting atop the OK Red at 4-1-1, with Caledonia in second at 3-1-2. Caledonia’s sole loss came from West Ottawa, who the Rams had just topped 3-1 the previous Tuesday. The victory proved elusive, however, as the Rams ended up on the wrong end of a 3-0 score. Caledonia not only earned the important win, they moved up to first in the conference with the victory.

The Fighting Scots found the back of the net twice in the first half, with the Rams feeling stymied on offense and coming up empty against an explosive Caledonia defense. The second half started out looking promising with halftime adjustments earning the Rams plenty of play on the Fighting Scots’ end of the field. The Rams threatened a number of times, with Jacob Rademacher and Adam Goushaw blasting a number of shots-on-goal, and a couple of penalty kicks but Caledonia’s talented senior keeper Arie Jackman denied every attempt. The Scots put another scoring drive together with 20:52 left in the game to light the scoreboard at 3-0 and make a victory for the Rams even more unlikely. That didn’t stop the Rams from working hard, with more attempts from Rademacher and Goushaw, with Kyle Switzer and Ian Johnson adding their efforts. More saves from Jackman, and a couple of high shots that didn’t fall ended Rockford’s hopes for reeling the Scots in. On defense, senior Sayvion Young stifled the Caledonia defense many times, diving and sliding on the ground to break up plays.

The Rams have plenty of season left to continue their impressive 2019 campaign. They will face off against Grand Haven, Thursday, Sept. 19, at home with play starting at approximately 7:15 p.m. 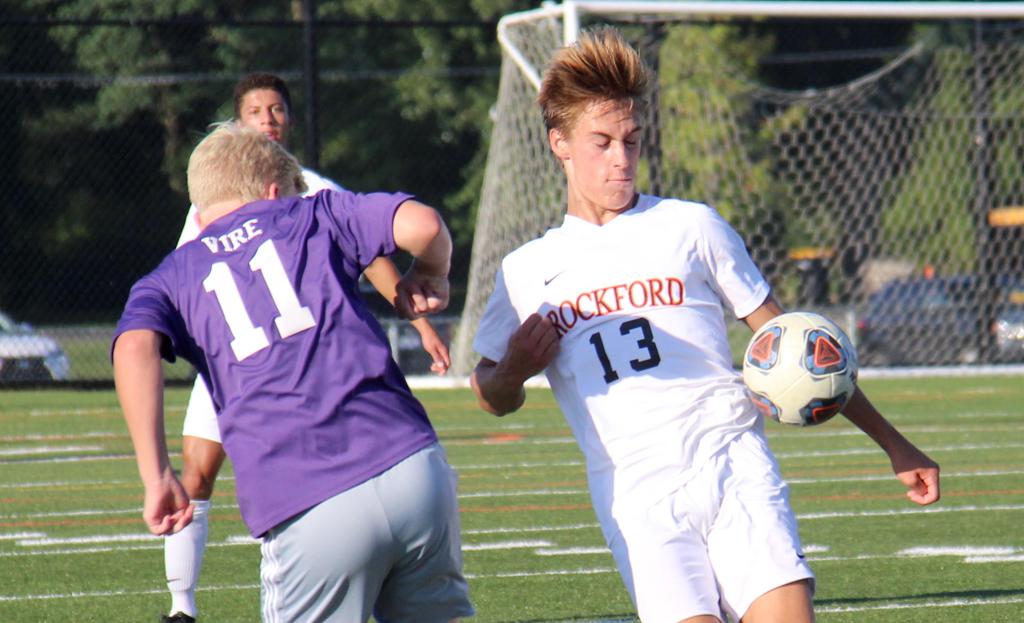 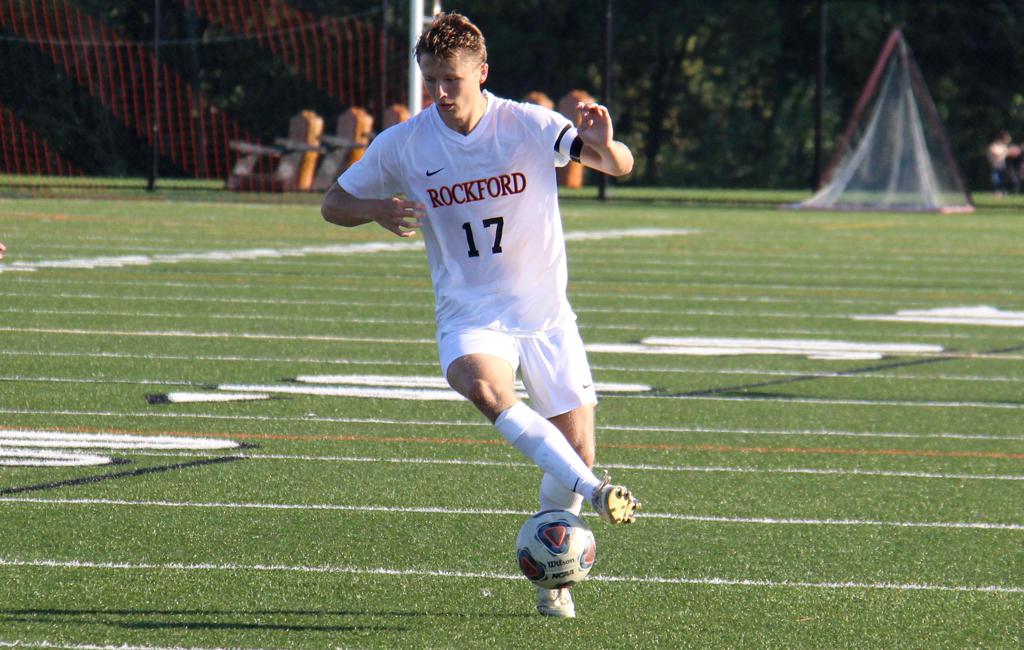 Senior Adam Goushaw works his way down the field. ~ Photo by Jeannie Gregory 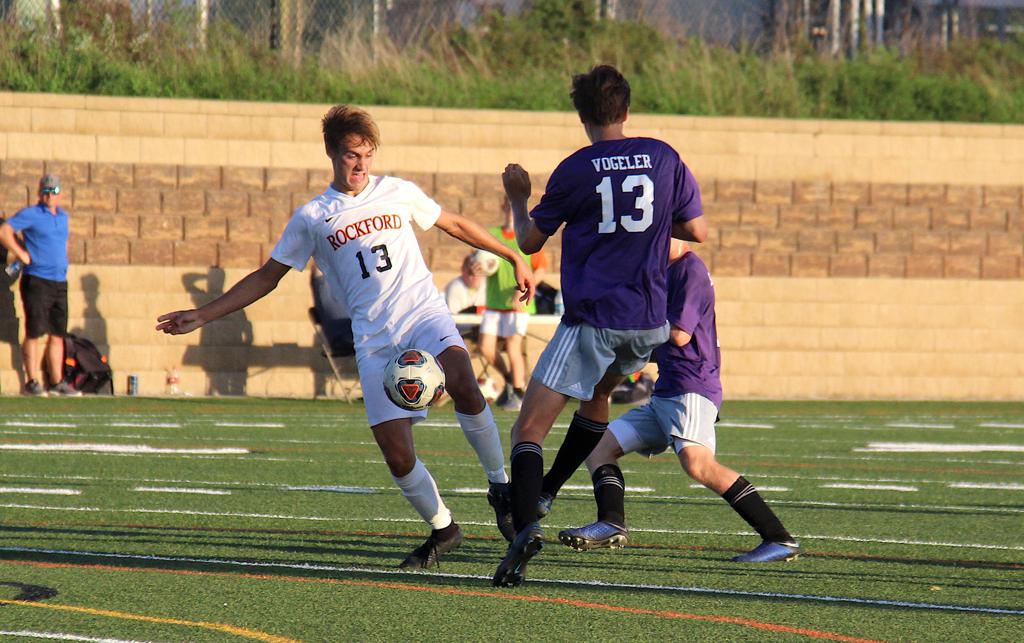 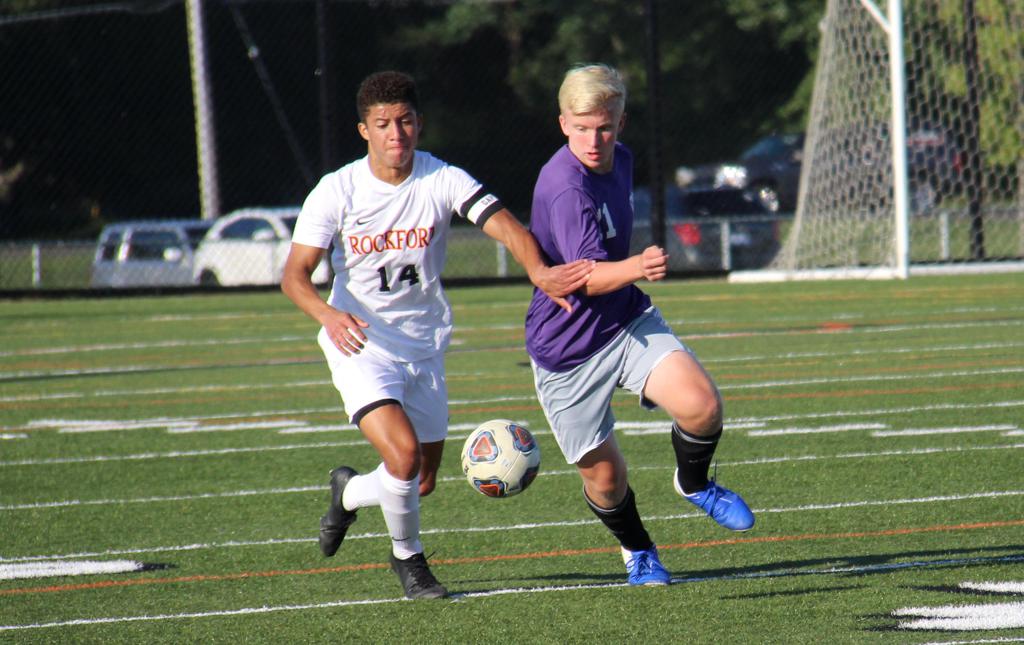 CLICK HERE FOR MORE PHOTOS OF THE CALEDONIA GAME.