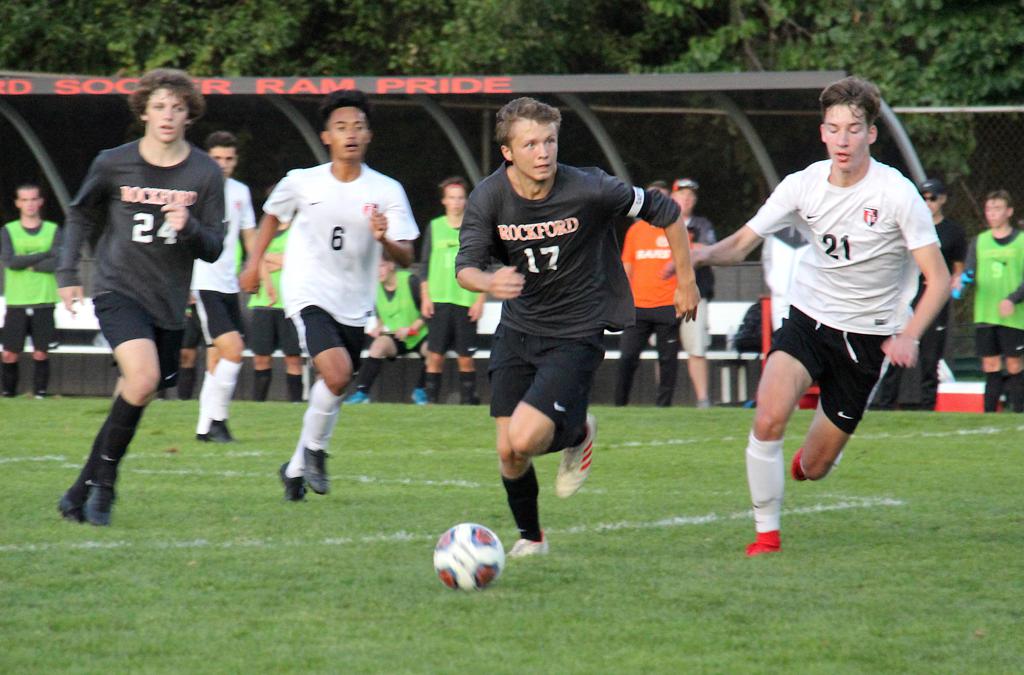 Adam Goushaw works his way down the field. Goushaw scored three goals for the Rams' victory. ~ Photo by Jeannie Gregory

ROCKFORD – It took a while for the Rams to get warmed up, but they put on a show in the second half in a game played at Rams Stadium against East Kentwood, Tuesday, Sept. 24. They topped their OK Red foe by a 3-0 score with Adam Goushaw earning a flawless hat trick for himself and a victory for the team. The fight for the OK Red Conference title is tight at the top, with West Ottawa, Caledonia, Rockford and Hudsonville all vying for the crown, with very similar records. The win moves Rockford’s overall record to 9-3-1 and conference record to 5-3-1.

“I couldn’t be more proud of our boys,” said head coach Stu Quackenbush. “It was tied at halftime, and we had a lot of anxiety because we had a couple things go against us in the last two games and didn’t play the way we wanted. This was a really important game. The players knew it and felt it, and they worked hard and played with passion and they found a way to win. Adam Goushaw scored three goals, so it’s a pretty special night.”

The first half was scoreless and goalie Jack Hanssen registered a couple impressive saves to keep his team in the game. The Rams threatened to score a number of times but were thwarted by an aggressive Falcon defense. The second half was very different. The Ram defense was a wall led by seniors Sayvion Young, Ian Johnson, Jack Wildes, Max Dalton and Kyle Switzer. They worked hard to  frustrate the Falcons at every turn. Mids Gage Martin and Jared Wiltheiss kept feeding the ball down the field to the Ram forwards and things started to click. Goushaw let the Falcons in on the Ram game plan early in the second half, showing what was to come. He had a shot on goal about seven minutes into the second half but was denied. He’d make good on it with just 14:05 left in the game hitting the back of the net off of a wonderful feed down the field from Wiltheiss. Both Goushaw and Jacob Rademacher were impressive with their ball handling skills in front of the goal. The second goal was off a penalty kick just four minutes later that moved the score to 2-0. The third goal was a feed from Martin to Rademacher to Goushaw for the final score of the night with just 6:46 left in the game to earn the 3-0 victory. 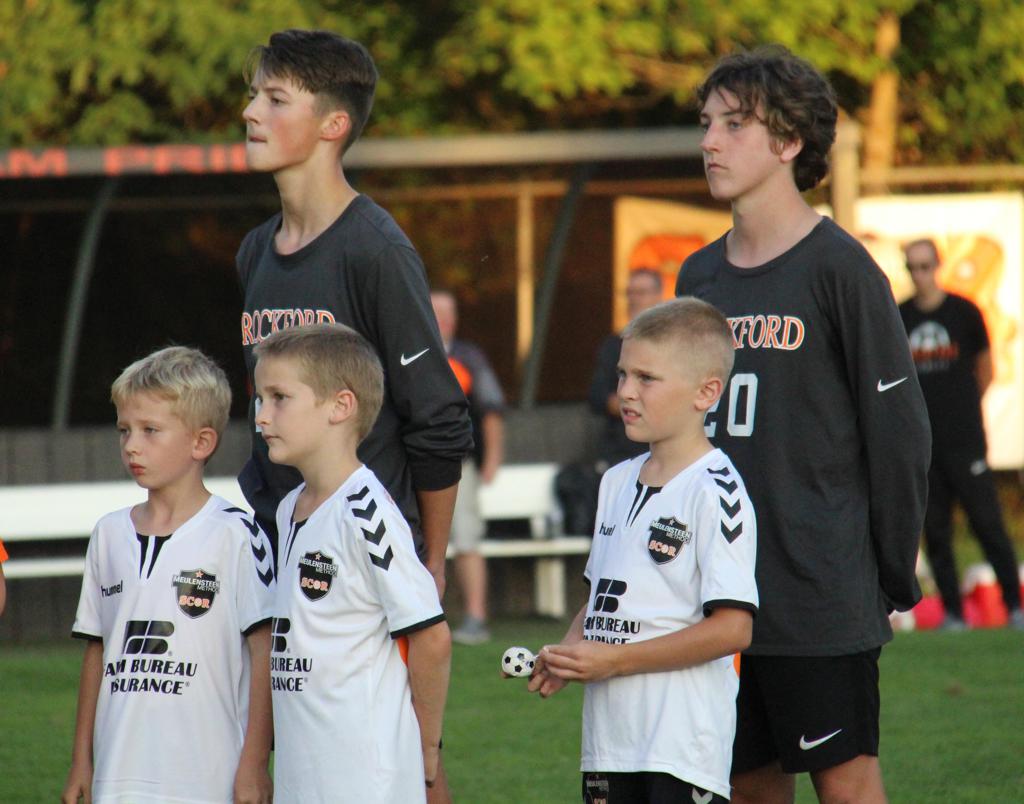 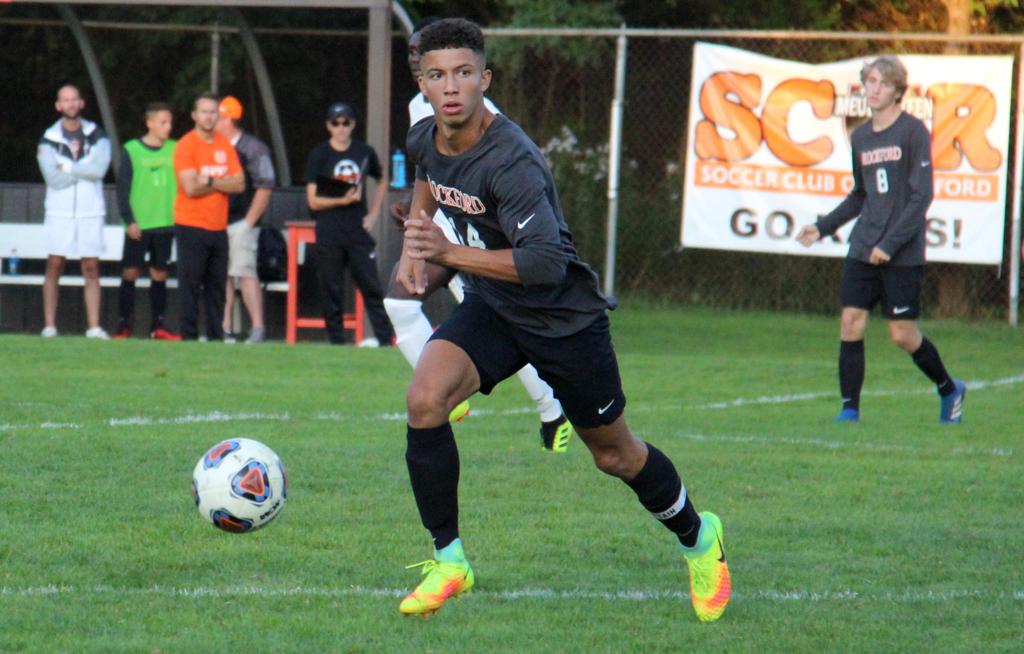 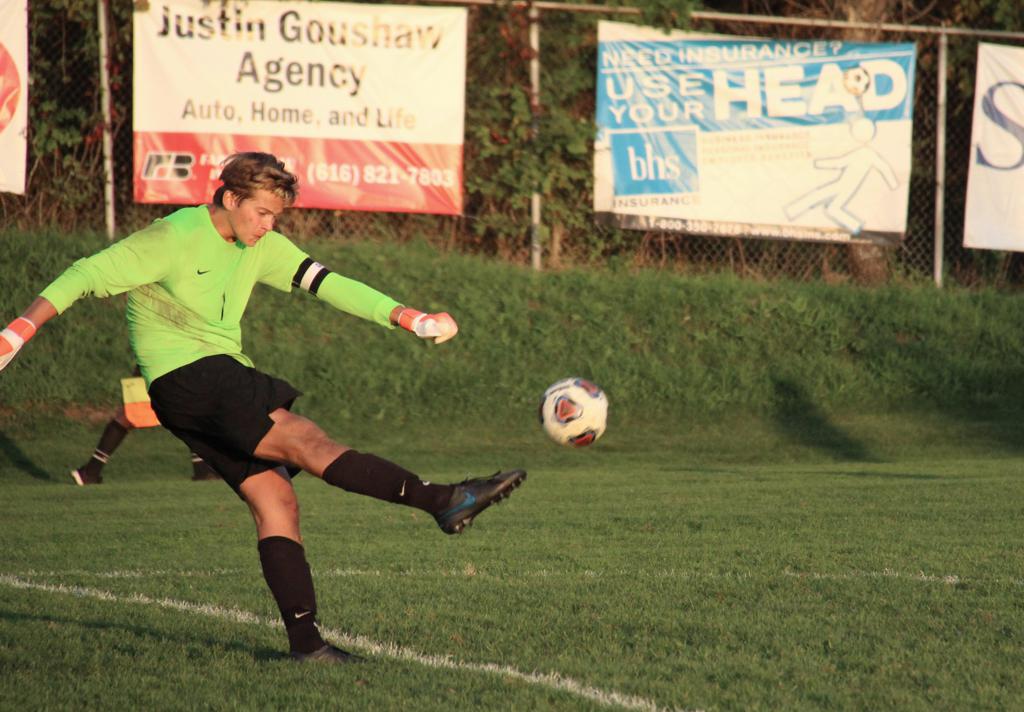 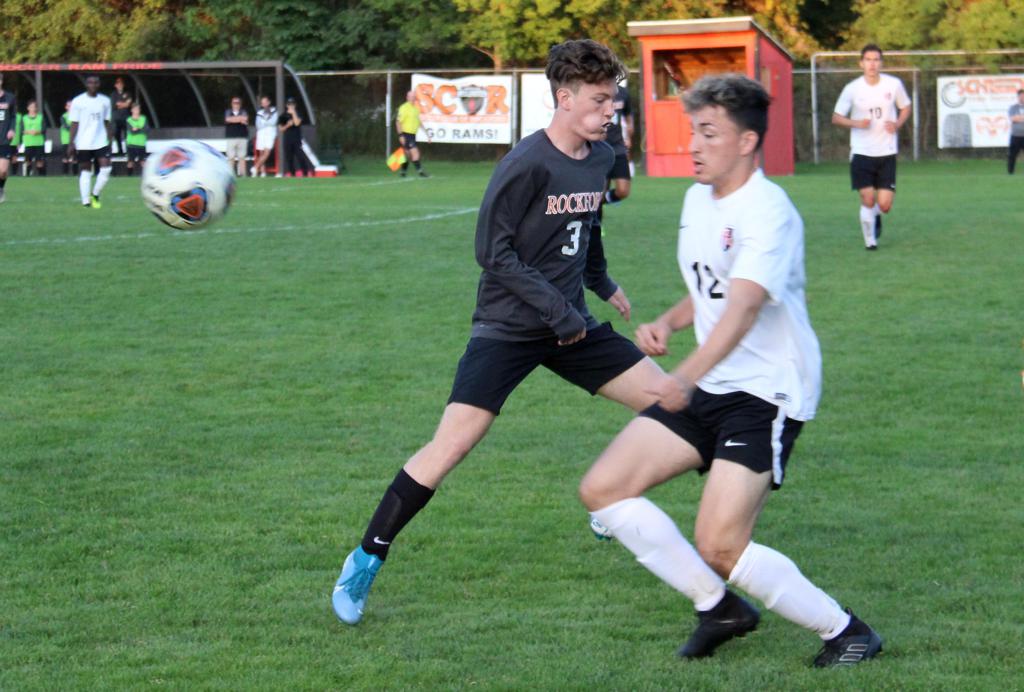 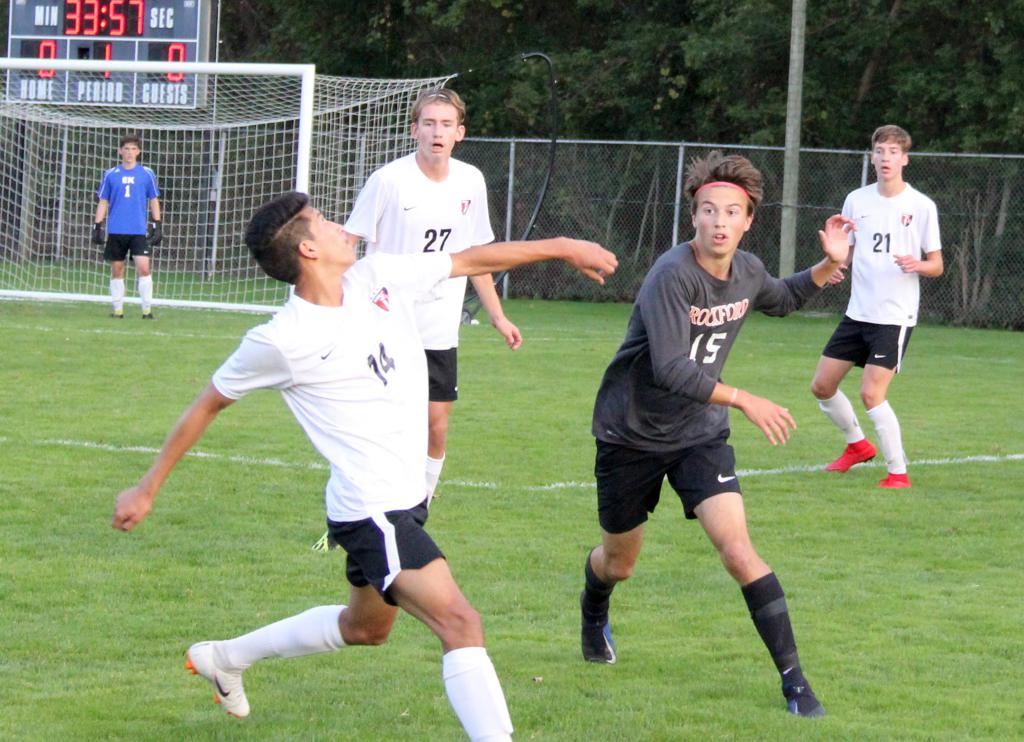 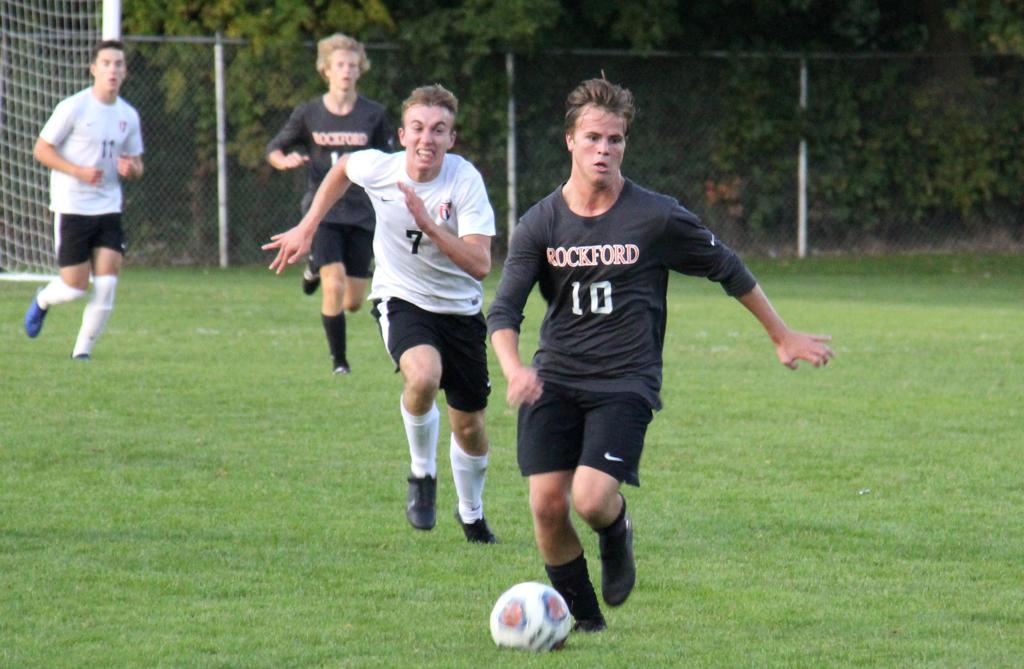