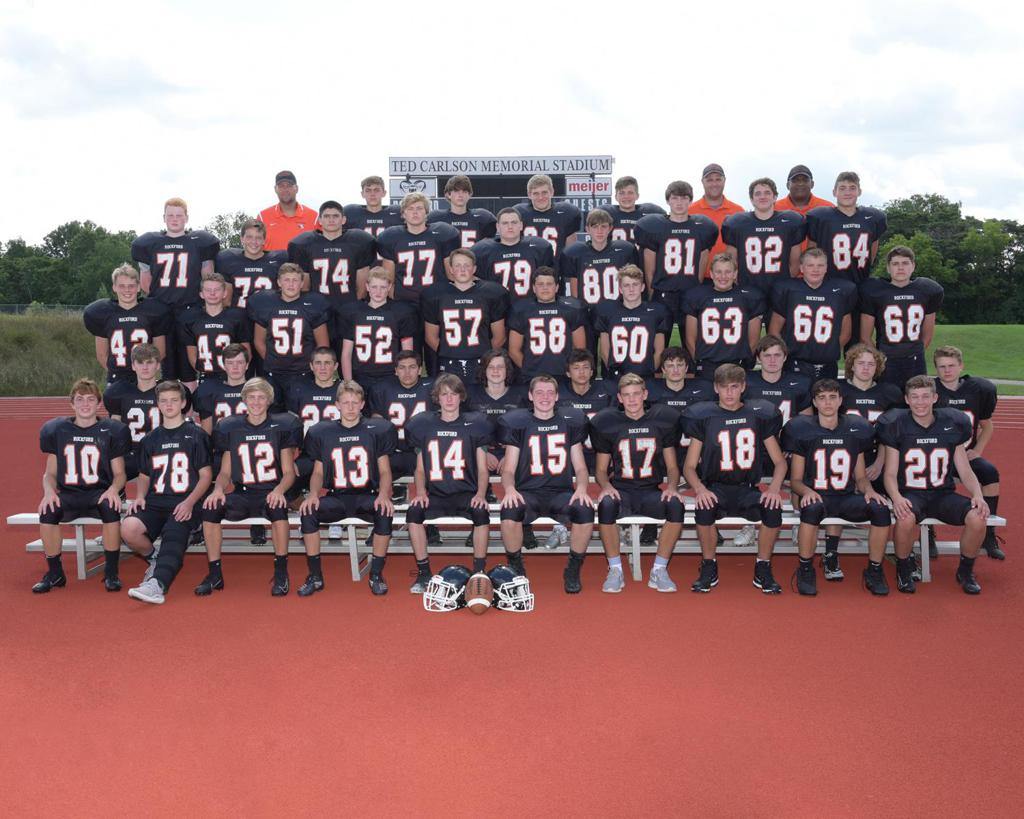 GRAND HAVEN – The RHS freshman football team preserved their perfect record for the 2019 season after a trip to Grand Haven to take on the Bucs, Thursday, Sept. 26. Head Coach Tim Saurs’ Rams put together a defensive gem and put up 40 points on the board to claim the 40-0 victory. The win moves Rockford’s overall record to 5-0 on the season.

Rockford was able to enter halftime with a 20-0 lead enjoying points from both on the ground and in the air. The Rams were able to put the team’s first points on the board off a 1-yard touchdown run by Rick Beison. The Bucs were able to block the PAT to keep the score at 6-0. It was the only score of the first quarter as both teams’ defenses defended their goal lines.

Rockford rose up in the second quarter and tallied two scores. Beison got the nod again, and drove the ball into the end zone on a 2-yard run to move the score to 13-0 after a successful Jackson Burkholder PAT. The Rams hit pay dirt again before the end of the half, when quarterback Mac VandenHout connected on a 35-yard toss to receiver Ethan Lyon who reeled it in and carried it in. The PAT was good for the 20-0 Ram lead.

Rockford’s Chris Cool gave the Ram Fans something to cheer about in the fourth quarter with an exciting 50-yard touchdown run that ended up being the final score of the game. Burkholder’s PAT split the uprights and the Rams closed the game with a 40-0 victory.

Rockford will be playing host to Caledonia, Thursday, Oct. 3, with kick off slated for 4:30 p.m.