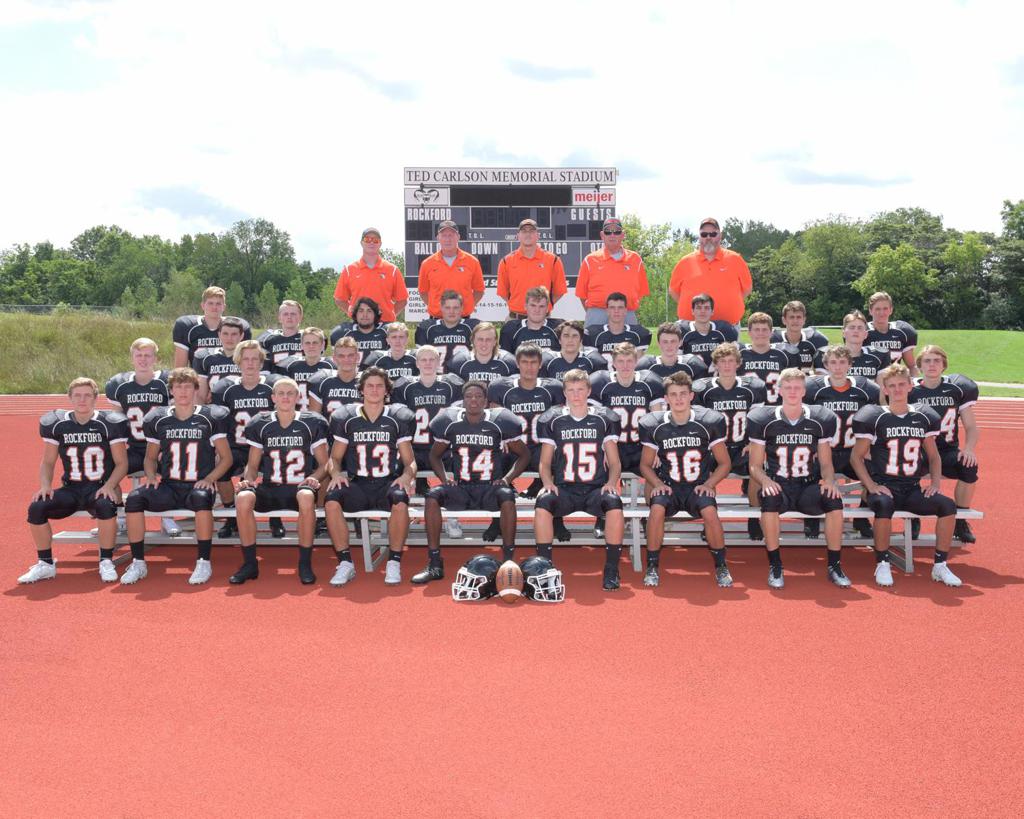 GRAND HAVEN – The Rockford High School JV football team took a trek to the lakeshore to face off against Grand Haven in a conference tilt, Thursday, Sept. 26. The team came home with a 41-0 victory and moved their record to a perfect 5-0 on the year.

The Rams’ first score was a bit unconventional but filled with plenty of excitement as Leo VandWiel blocked a Buc punt and Kade Kostus deftly scooped up the ball and broke the goal line for the first Ram score. A Dolan Harmsen PAT was good and the score moved to 7-0. In the second quarter, the Rams put together a nice series that landed them at the 6-yard line. Running back Andrew Griffin got the nod and drove the ball over the goal line for the second Ram score of the game. The Harmsen PAT was good and the Rams went into halftime with a 14-0 lead.

The second half opened with the Rockford defense continuing to stifle Grand Haven. Alex McLean blew through the Buc defense tallying 50 yards before he was brought down at the 4-yard line. Cooper Nairy got the honor of running the ball into the end zone to move the score to 21-0, after the successful PAT. McLean wasn’t done in the quarter, however, as he racked up 20 more yards on the ground that found him breaking the goal line. The Harmsen PAT was good and the Rams were riding a 28-0 lead.

The fourth quarter saw head coach Brian Richardson utilizing the talents of two more Rams for scores as Matt Johnson hit pay dirt on a 15-yard run and VanderWiel entered the end zone on a 10-yard scamper. The clock ran down on the 41-0 Ram victory.

The Rams will play host to Caledonia, Thursday, Oct. 3, with play starting at approximately 6:30 p.m.