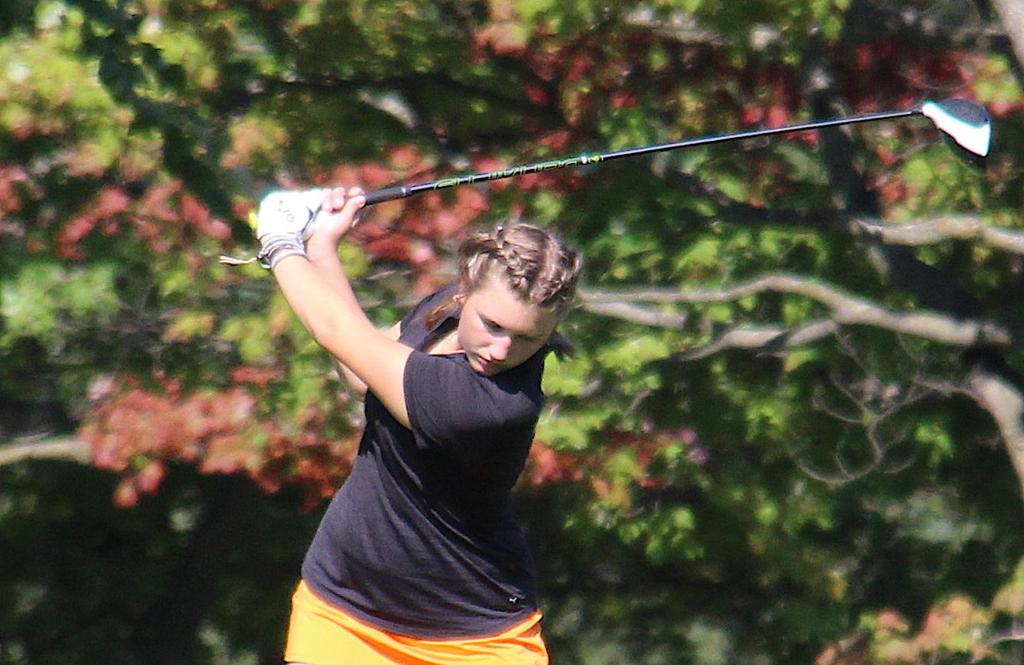 Bridget Parlmer paced the Rams for the day, carding an 87. ~ Photo by Jeannie Gregory

The victory was sweet after some disappointment in 2018 - the Rams missed qualifying for the State Finals by one place, claiming fourth. The second-place finish was all the sweeter as head coach Scott Kruisenga’s 2019 roster only featured one returner from the previous year’s squad. He did have a positive outlook when they headed into the season, though.

“We obviously don’t have quite as much varsity experience as in the recent years, but it is some of the best young talent we’ve seen in a while.”

That “young” talent has taken the season by storm, recently earning an OK Red Title, and now qualifying for the State Finals after their second-place Regional finish, eclipsing the Eagles by 13 strokes.

Traverse City West claimed the crown, carding a 368 on the difficult course. Rockford placed second scoring a 378, and Hudsonville rounded out the top three with a 391. All three advance to the State Finals. They were followed by Grandville 396, Caledonia 406, Grand Haven 411, Jenison 417, West Ottawa 435, and East Kentwood 452. Traverse City West’s Anci Dy was the top golfer of the day shooting an incredible 1-under-par 71. Rockford’s Bridget Parlmer claimed second, carding an 87. Jenison’s Amanda Smaby landed third in the Regional with an 89, qualifying for state competition as an individual. The two other individual qualifiers were Natalie Ferrell, of Caledonia, and Caydee Constant, of Grand Haven, both carding a 91.

Besides Parlmer’s score, the Rams were paced by freshman Marley Haeberle, who shot a 94 and earned ninth. Also helping the Ram cause, were junior Lili Schneider, who carded a 96 to land 11th, sophomore Mackenzie Davidson, who shot a 101 to place 18th, and senior Caroline Scheffler, who shot a 108, which earned her 31st.

“It took a total team effort today to move on to States,” shares Kruisenga. “An impressive 87 by freshman Bridget Parlmer helped anchor the teams’ score of 378, but the other four girls did a very good job also by grinding out some tough holes. The Lady Rams did a fine job keeping a positive attitude even though the scores were higher than during the season. They’re excited to represent Rockford in East Lansing in two weeks.”

The MHSAA State Finals will take place at Forest Akers West Golf Course at Michigan State University. The top three teams and the top three individual golfers outside of those teams from the six regions in Division 1 will tackle the course over two days, Friday, Oct. 18 and Saturday, Oct. 19. 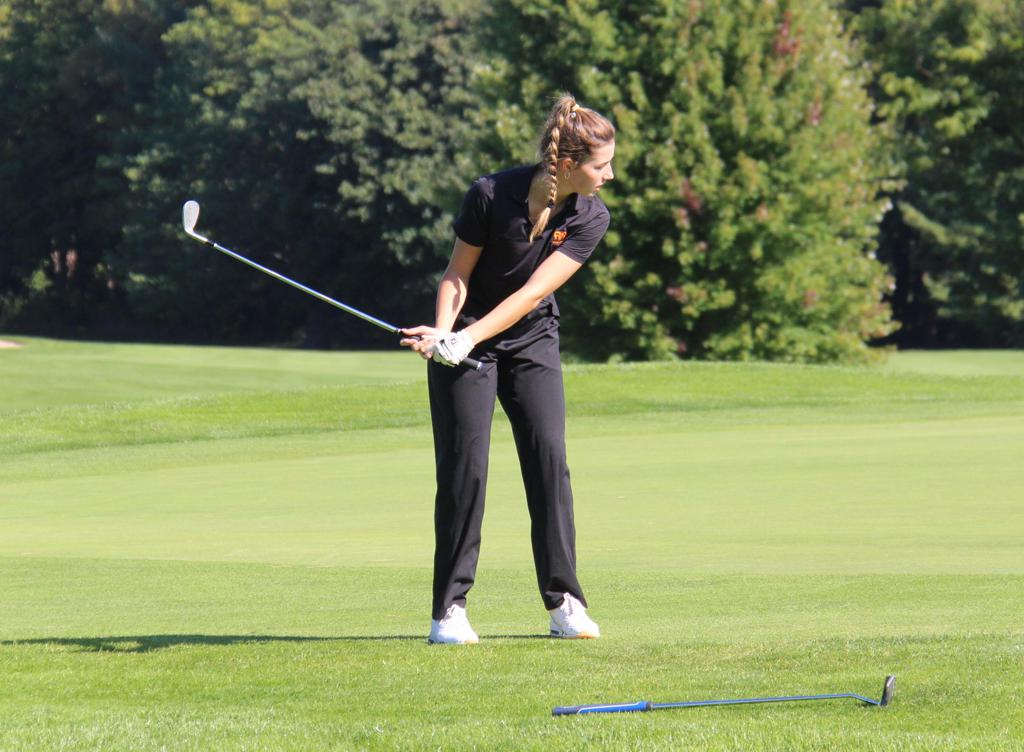 Lili Schneider chips the ball onto the green. ~ Photo by Jeannie Gregory 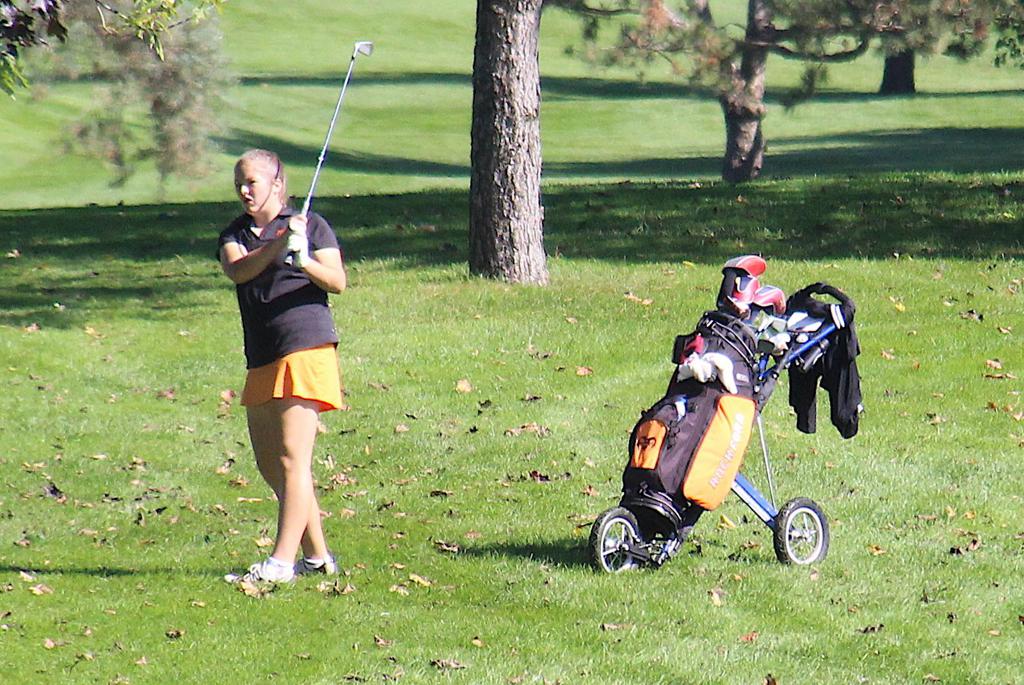 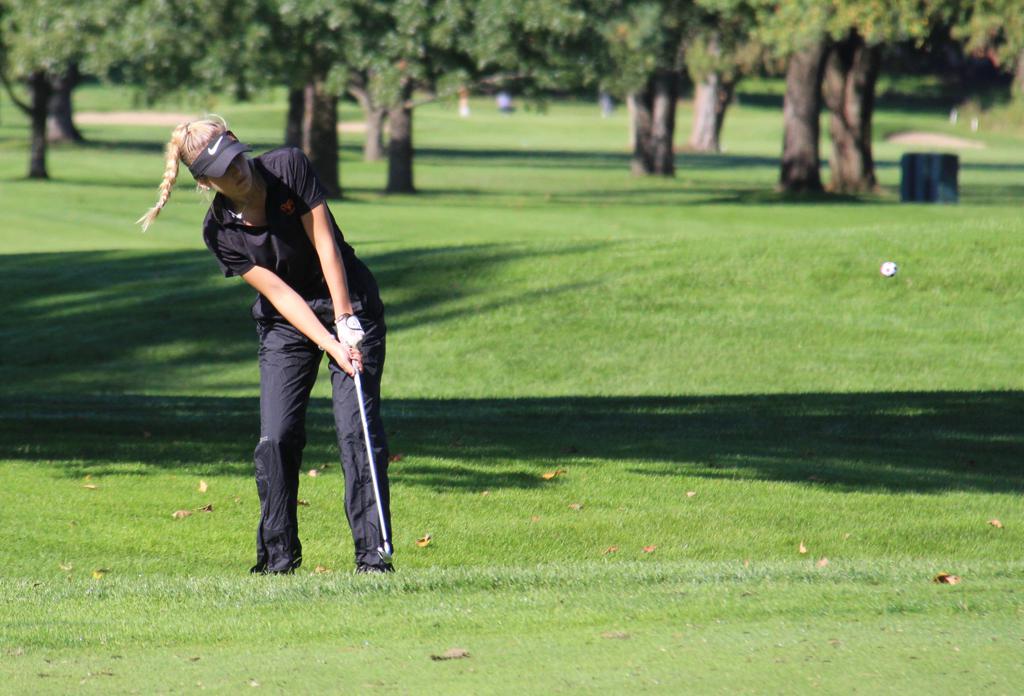 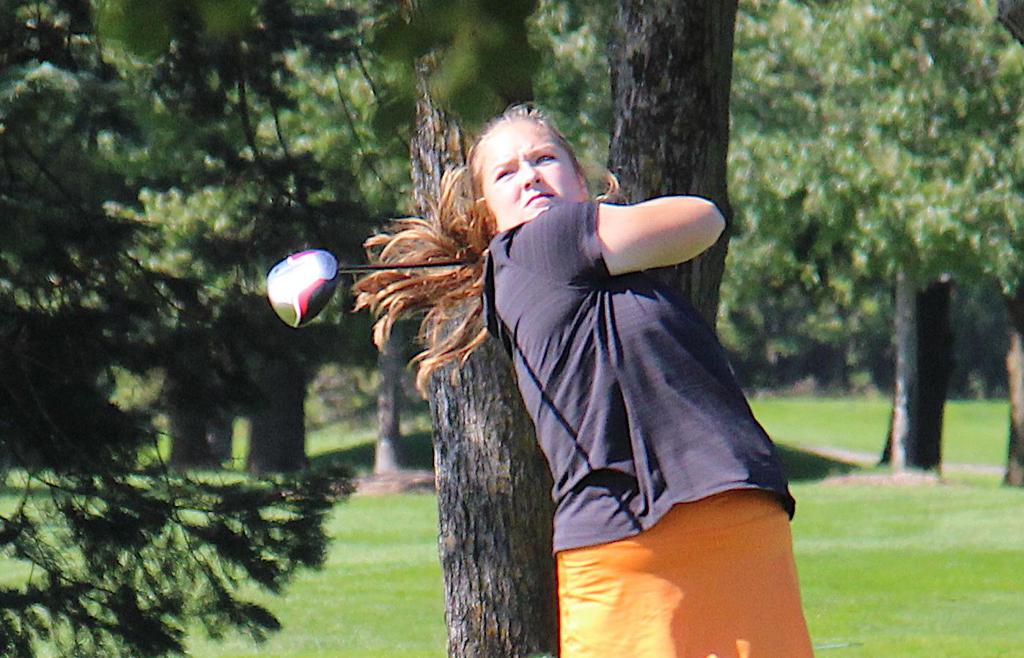 Mackenzie Davidson drive the ball off the tee in Regional play. ~ Photo by Jeannie Gregory