Falcons get revenge with overwhelming 38-12 win over Rockford 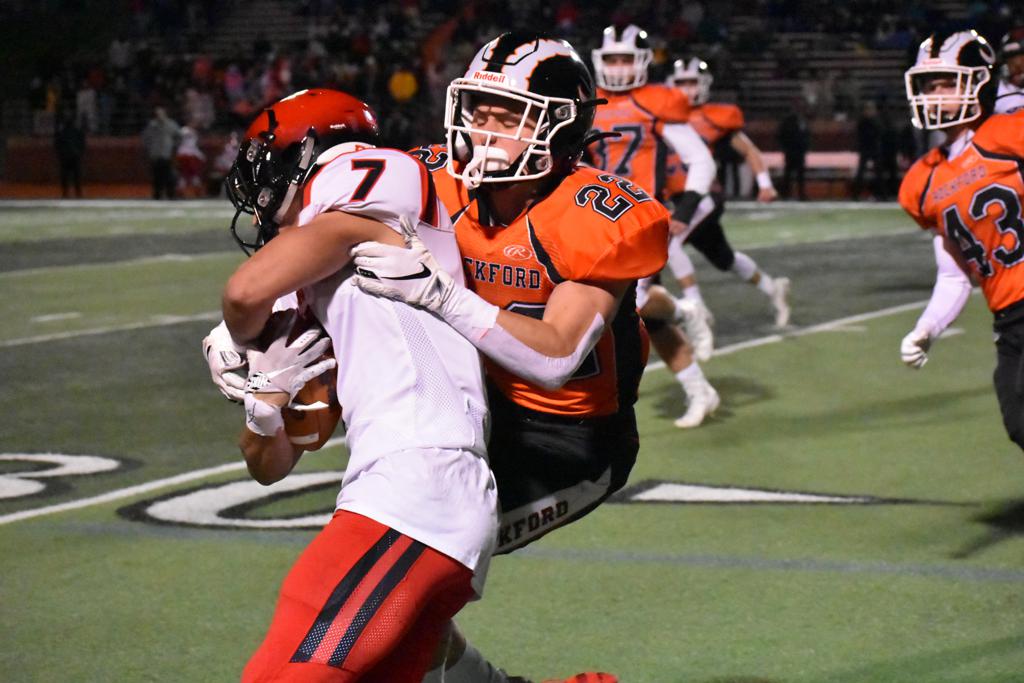 What a difference a week makes. Last week Rockford completely stymied a potent East Kentwood offense that had been averaging 34.5 points a game. The Rams held East Kentwood to a mere seven points and less than 150 yards while claiming a 17-7 win and an undisputed OK Red title. Rockford entered the state playoffs with an 8-1 record and earned the No. 1 seed in their district while East Kentwood just squeezed into the playoff field with a 5-4 record.

As luck would have it when the match ups were announced by the Michigan High School Athletic Association, the same two teams were slated to meet at the same venue exactly one week later, Friday, Nov. 1. The final results could not have differed more from that previous encounter. Capitalizing on three Rockford turnovers the Falcons scored 10 points in the first quarter and added 14 in the second quarter while the turnover-plagued Rams failed to dent the scoring column.

The Rams had their chances and actually moved the ball fairly consistently in the first half but it seemed as if every time they got a bit of momentum going they were their own worst enemies. Rockford's first drive got to the Falcon 49 before they fumbled the ball away. East Kentwood quickly capitalized to make it a 7-0 game. On the first drive of the second quarter The Rams got to the Falcon 43 before fumbling again. Once again, the Falcons capitalized with another TD to make it 17-0. On Rockford's final drive of the opening half, they got to the East Kentwood 15 before turning the ball over again and headed to the locker room staring at a 24-0 deficit.

That same East Kentwood offense that had looked so lackluster the previous week seemingly moved the ball at will on Rockford for the entire duration of the contest. The first half featured a punishing Falcon ground assault that racked up over 200 yards on Rockford while capitalizing on each and every opportunity the Rams awarded them. The second half saw Rockford tighten up the defense against the rushing attack but prove susceptible to the long pass. The Falcons scored on pass plays of 66 and 70-yards with each score highlighted by a Falcon receiver who had only himself for company while open by at least 10 yards. East Kentwood scored on long runs, short runs and via the air waves with equal aplomb.

Rockford made one brief attempt to get back into the game early in the third quarter. After forcing a punt for the first time all night on the first offensive possession for the Falcons in the second quarter, an errant snap sailed over the punter's head and through the end zone to make it a 24-2 game. The Rams took the free kick inside Falcon territory before the drive stalled and Rockford trotted out their excellent junior kicker Teagen Lenderink to attempt a 43-yard field goal. Lenderink easily split the uprights with room to spare and it was a 24-5 East Kentwood lead. The Ram faithful could sense that momentum was turning and the possibility of an epic comeback was now a possibility with 7:31 still left in the third quarter.

The Falcons were then left facing a second-and-20 from their own 10 on the ensuing possession and the Ram crowd was in full roar. But a 21-yard quarterback draw followed two plays later by the 70-yard bomb for a score that pretty much convinced all in attendance that this was not going to be the Rams night as the score stood at 31-5 with 5:24 left in the third quarter.

The two squads traded touchdown passes in the final quarter and the game ended with the aforementioned 38-12 final score. Rockford's only touchdown of the night came on a 21-yard pass from junior quarterback Chris Corey to senior wide out Eli Haddad. That came with 10:20 left in the contest. For the night, the East Kentwood offense amassed 453 yards while the Rams accrued 186.

"I really don't know what to say right now," said Rockford coach Ralph Munger after the game. "Sometimes when things start out going bad, they stay bad and you are just never able to recover."

Senior fullback Jaiden Friesen led the Rockford rushing attack with 62 yards on 16 carries, Corey was 9-of-17 passing for 134 yards with one touchdown and one interception. Haddad led the receiving corps with three receptions for 66 yards while junior tight end Brock Holwerda had a pair of catches for 28 yards.

With the loss, the Rams ended the season with an overall mark of 8-2. This was the first time since 2002 that the Rams did not enjoy at least one win in the postseason in the incredible coaching career of Ralph Munger. A number of juniors started both ways for Rockford, and they will have the added influx of an undefeated junior varsity and freshman season to further bolster the ranks in 2020.

Great job by the players and the staff in earning an OK Red title and their state-record 25th consecutive trip to the playoffs. 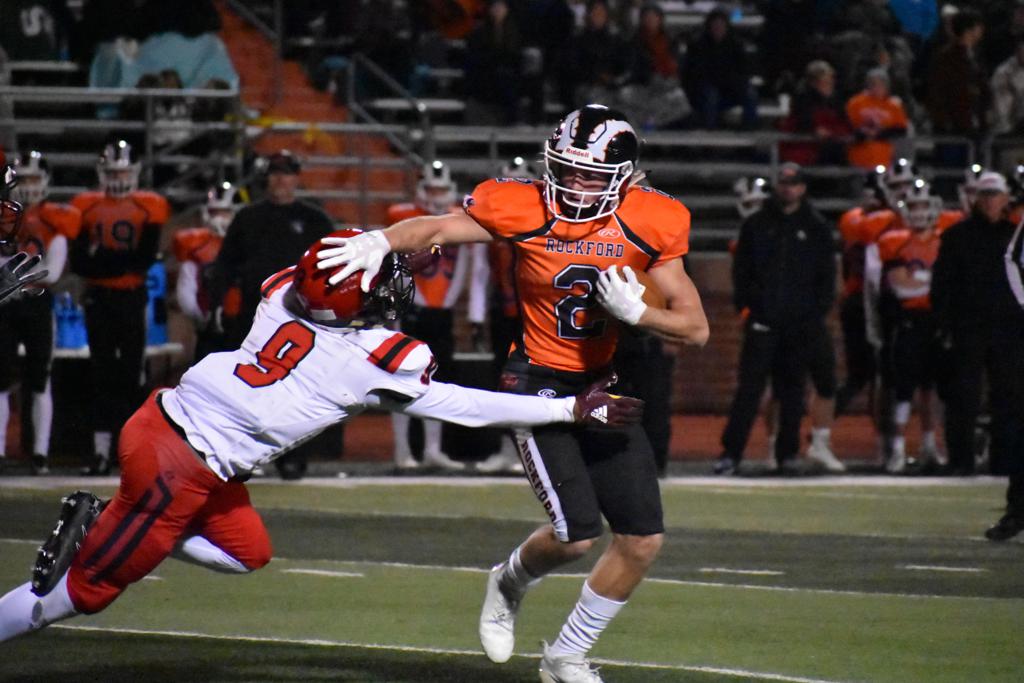 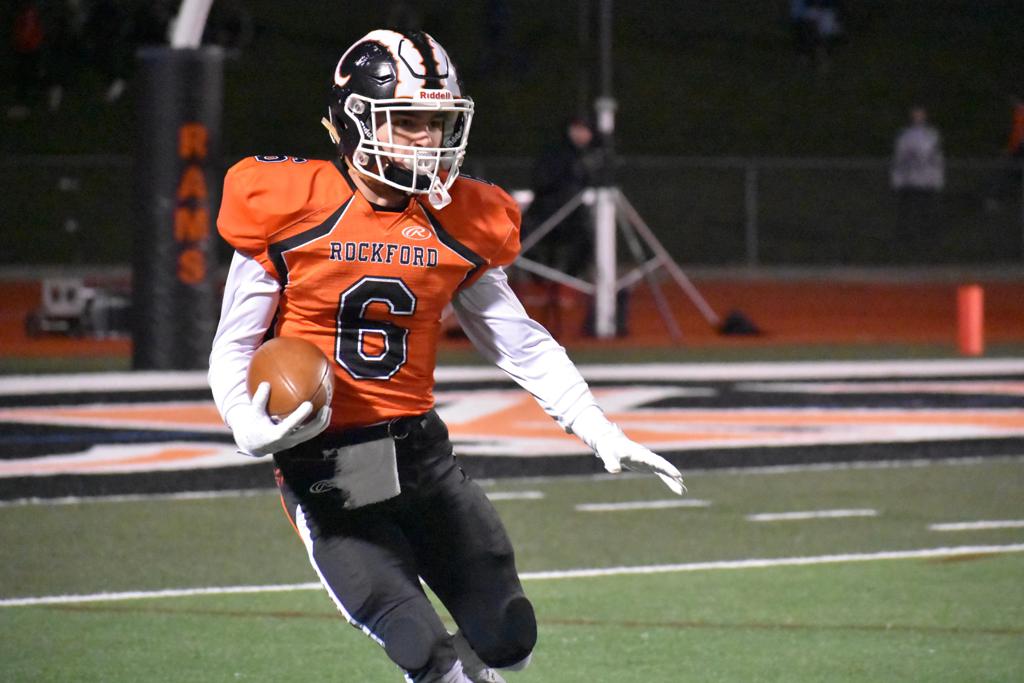 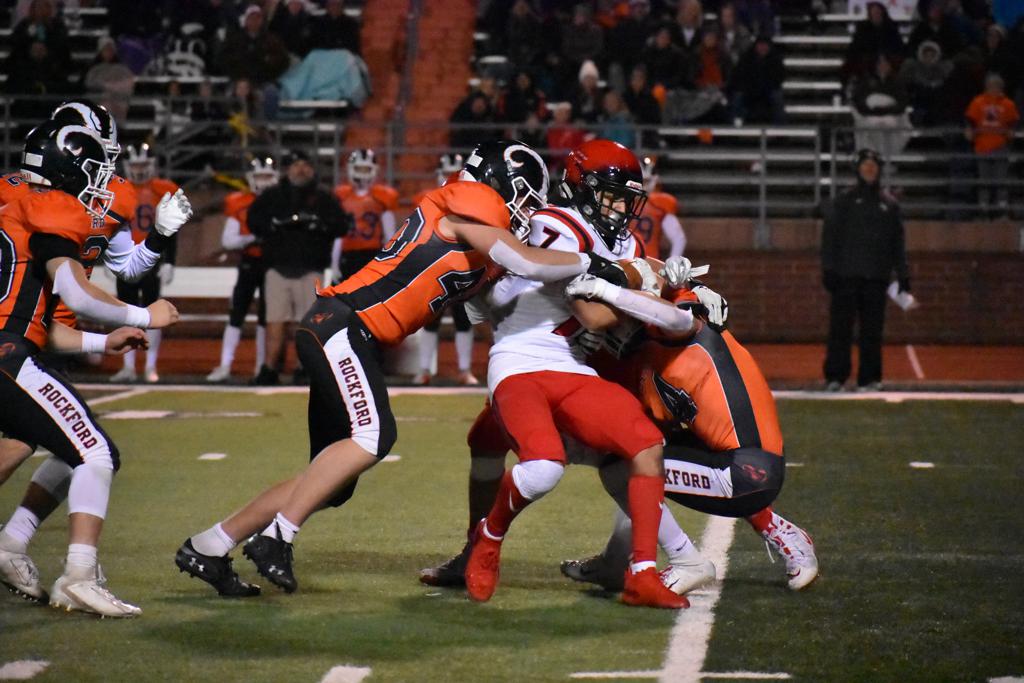 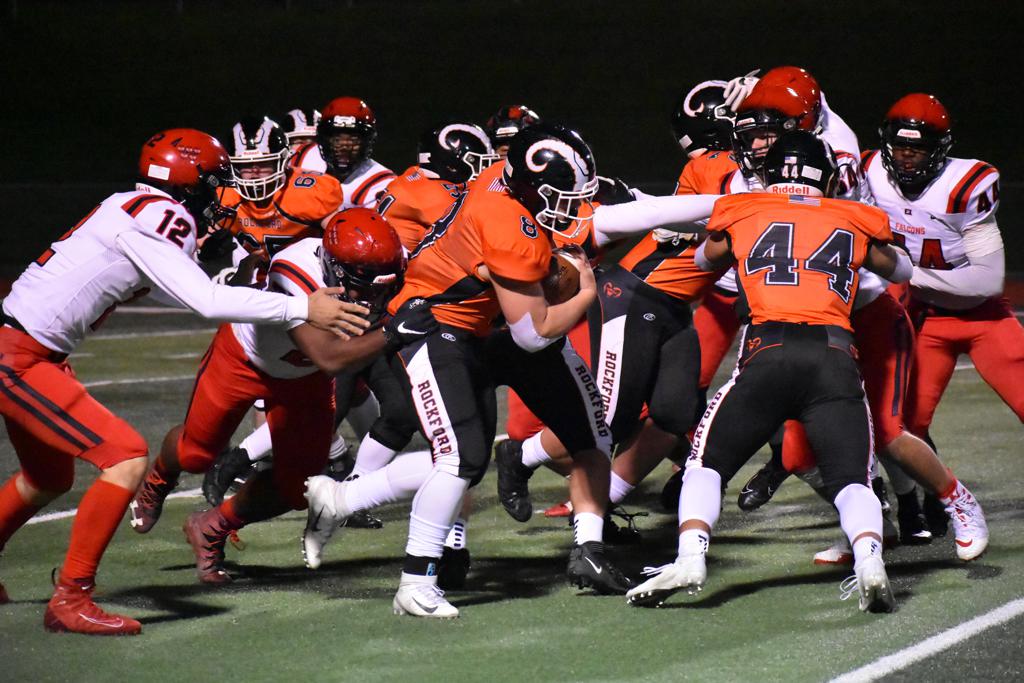 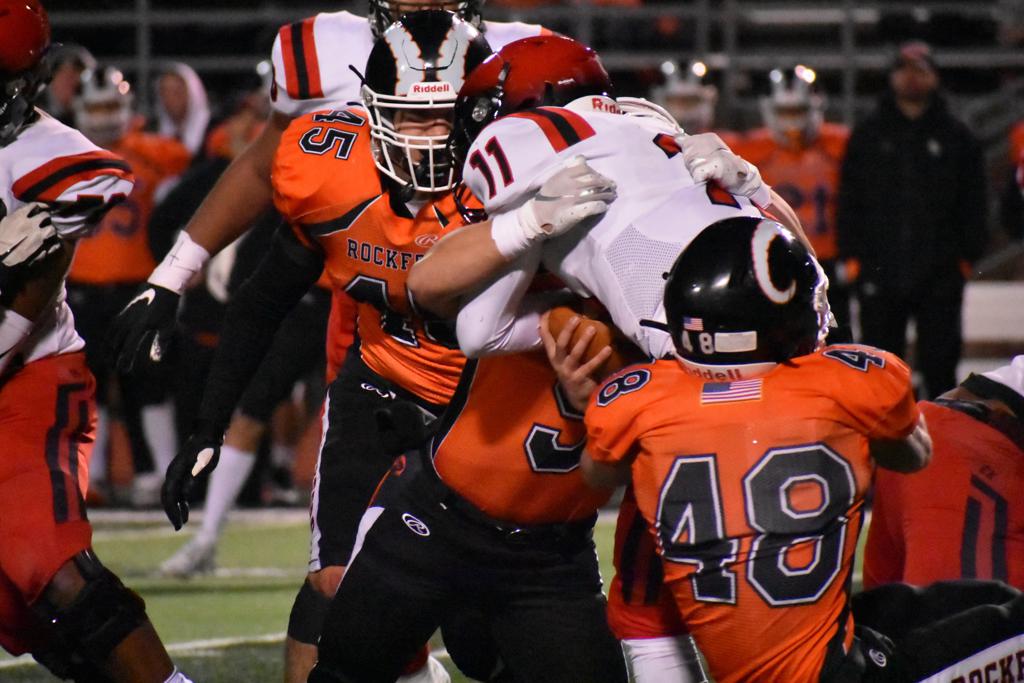 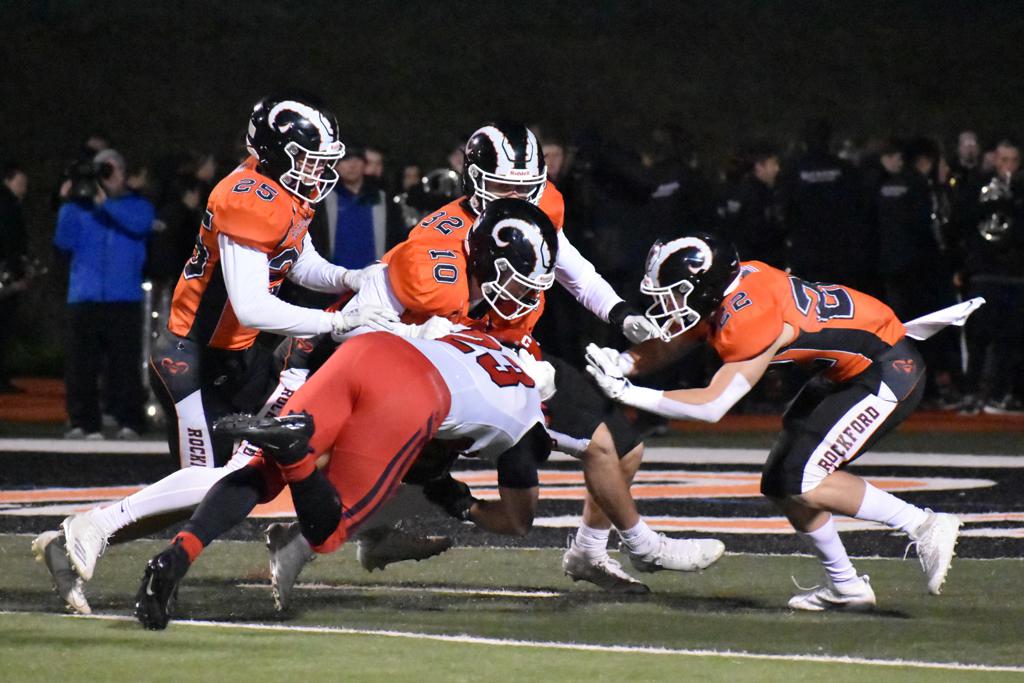 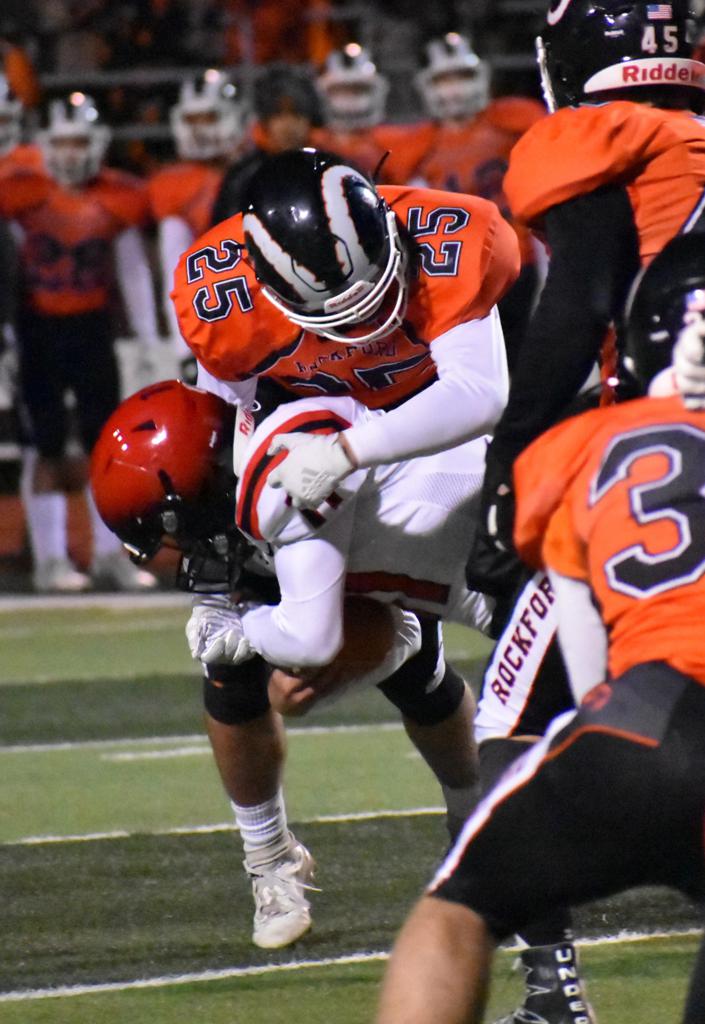 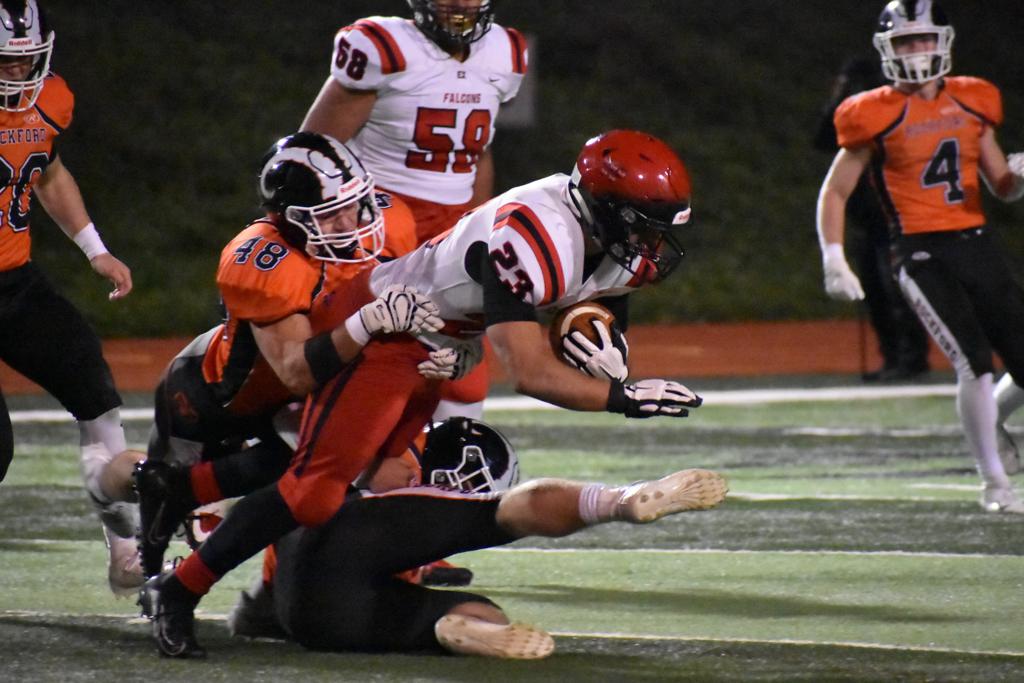 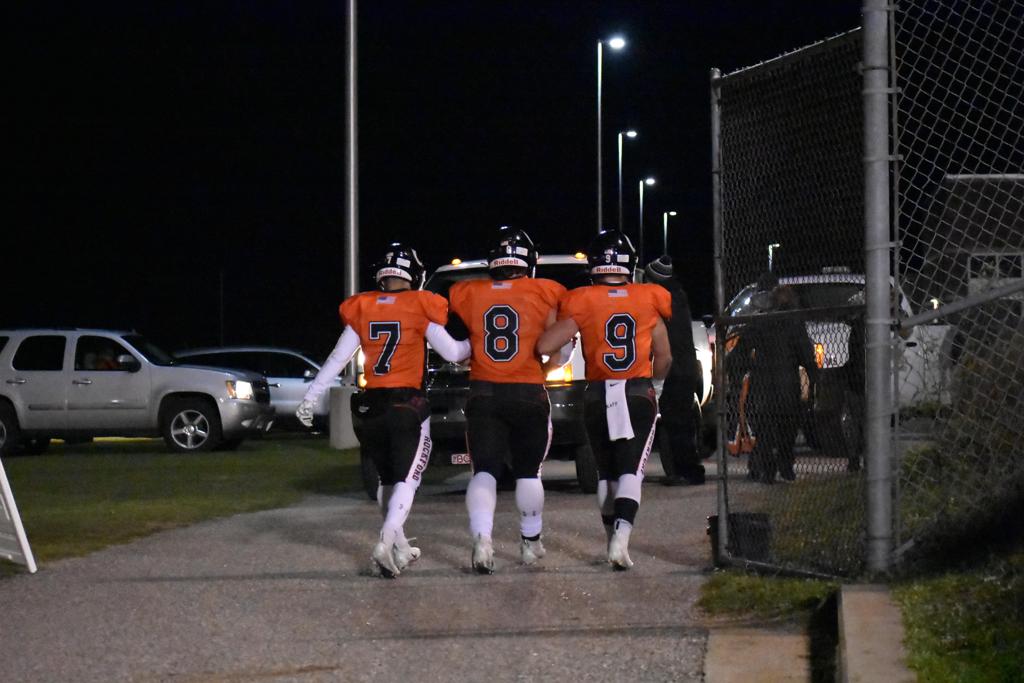