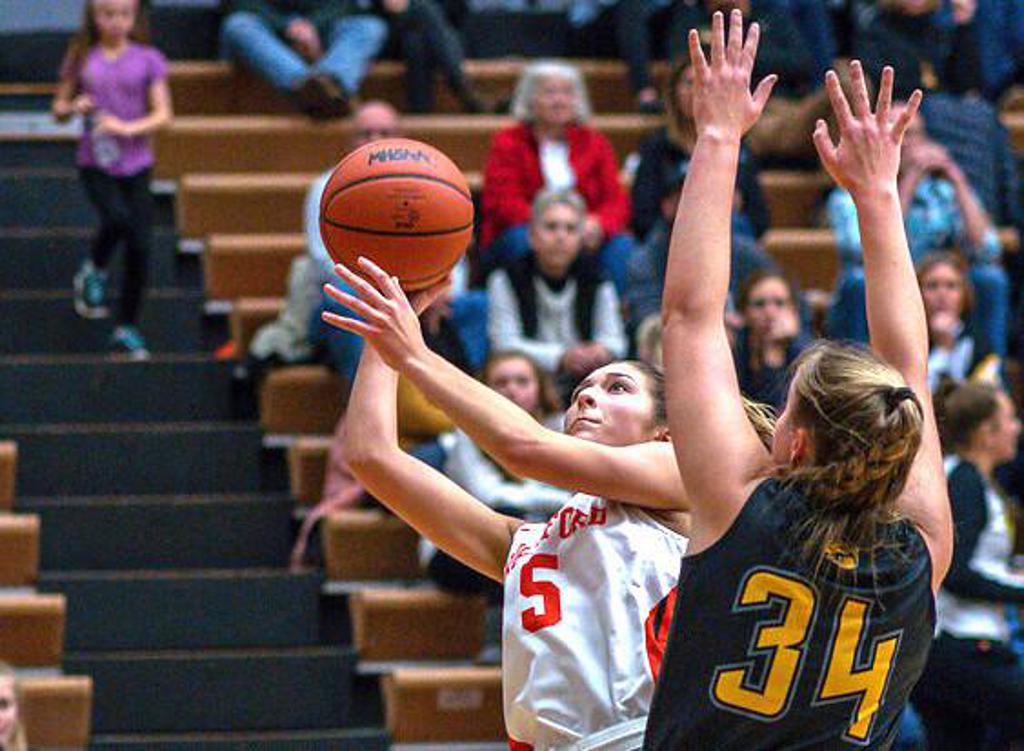 ROCKFORD – The Rams girls varsity basketball team kicked off their season with a win over Hamilton, Friday, Dec. 6. The Rams had an amazing defensive game, tallying an incredible 19 steals on their way to a 55-39 victory.

“It was a great environment!” he shares. “There was a ton of energy and excitement in the gym tonight. Our players fed off that and really brought a complete defensive effort turning Hamilton over 35 times.”

The Rams left no doubt who the better team was early, jumping out to a 13-8 lead in the first period and never looking back. Rockford entered the locker room with a 28-13 lead at the half. The Rams added an additional 15 points in the third quarter to own a 43-30 lead, and closed it out with a 55-39 victory by allowing Hamilton only nine points in the final stanza.

Rockford showed plenty of depth on the floor, with eight players scoring on the night. Two players were in double digits with Elle Irwin pacing the Rams with 18 points, and Alina Anderson netting 11 points. Alyssa Wypych tallied eight, and Maddie Hutchings totaled seven to round out the team’s top scorers.

“Offensively I thought we did a nice job at getting to the rim,” says Wilson. “We really struggled to shoot, so having the ability to solve that problem with aggression was key. Ultimately the game wasn’t perfect, but we will learn so much from it.”

There’s no time to rest for the Rams, as their next game comes quickly.

“We take on a very good Forest Hills Central team at their place on Tuesday, Dec. 10, so it is time to get back to work!” 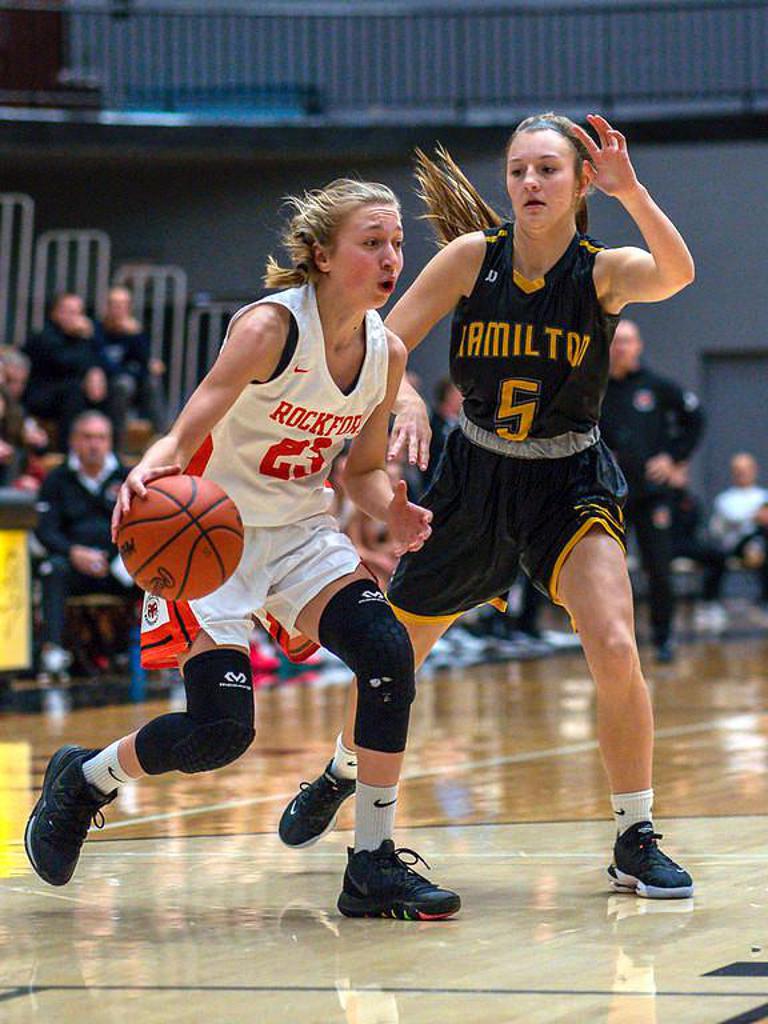 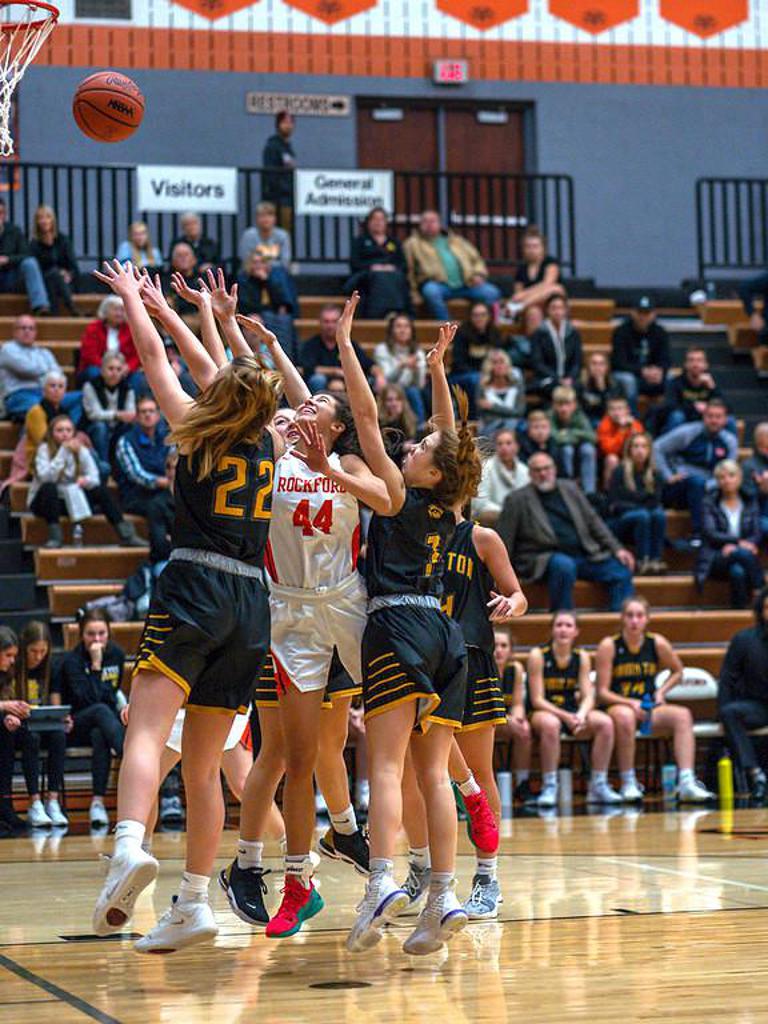 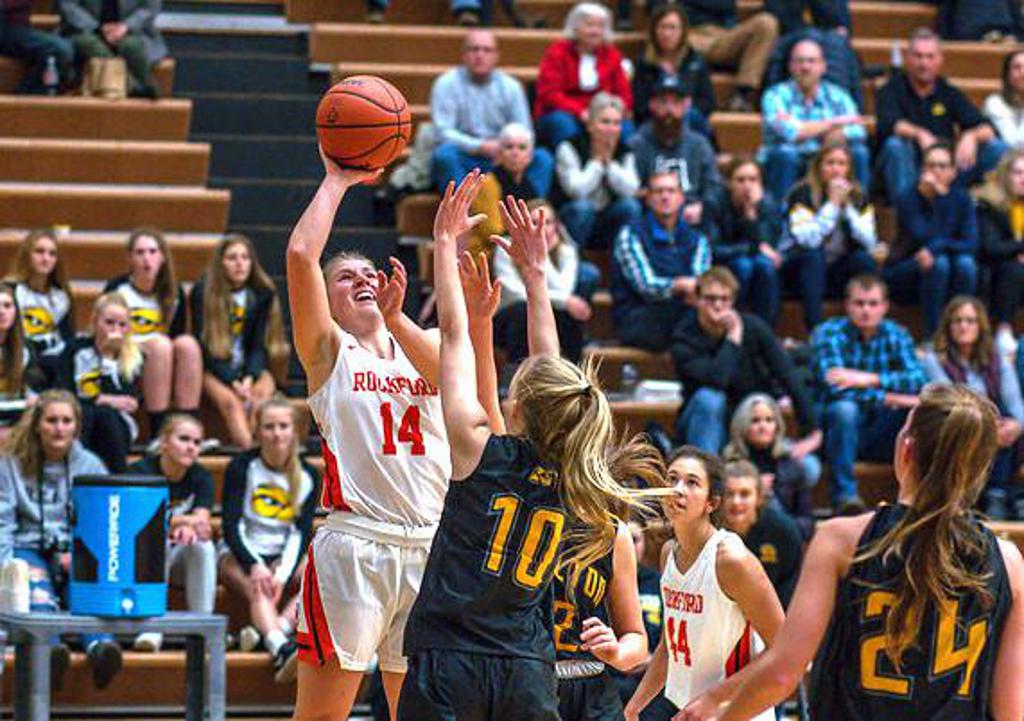 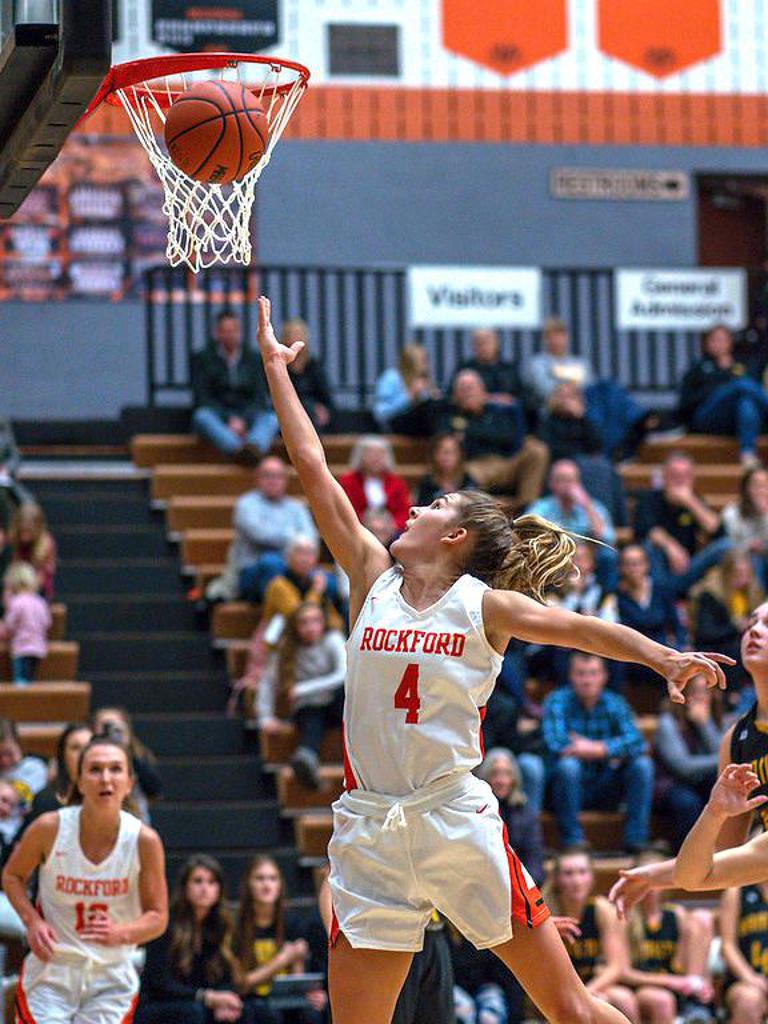 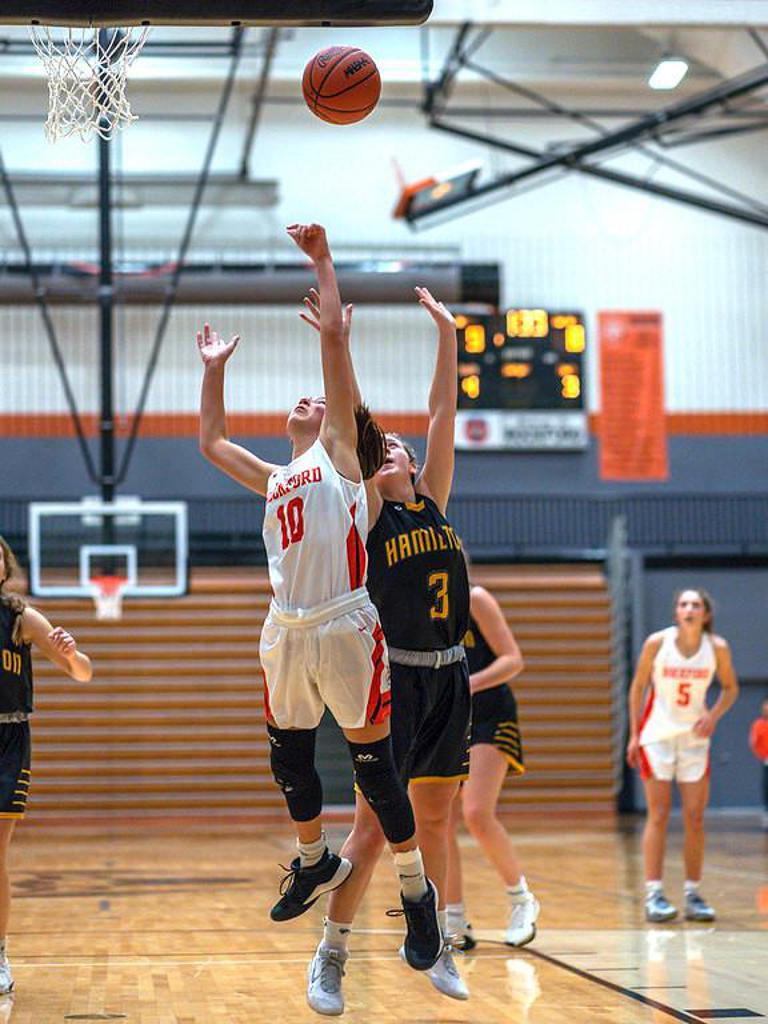 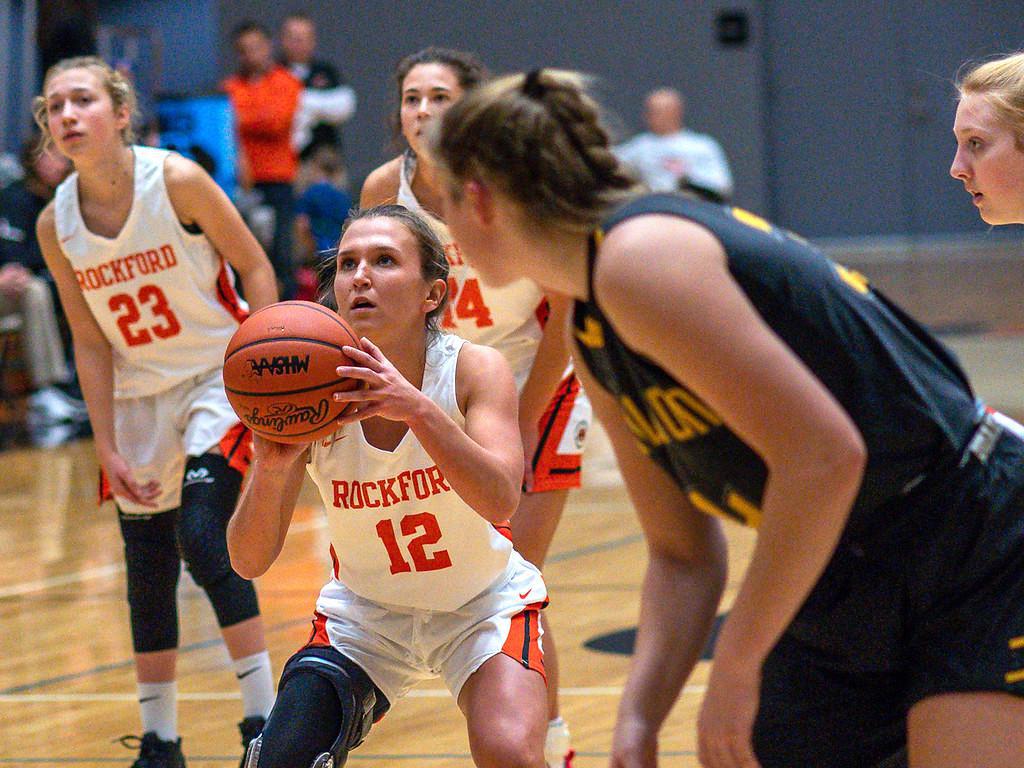