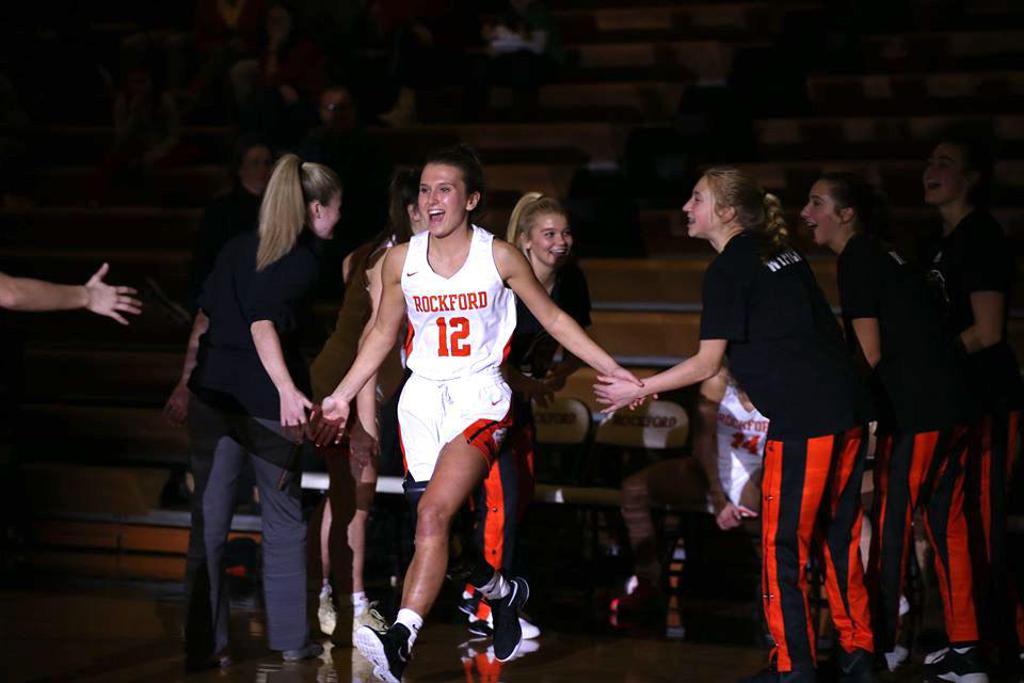 Rams move to 5-0 on the season

GRAND RAPIDS – The Lady Rams competed in the annual Home for the Holidays Basketball Tournament at Cornerstone University, Friday, Dec. 27, and earned their first win for the weekend. The Rams took on the Coldwater Cardinals topping them by a decisive 50-32 score. The victory moves the team’s record to 5-0 on the season.

It was a slow start for the Lady Rams, only managing to put up seven points in the first quarter and closing the stanza knotted at seven. The Rams started to click in the second quarter and pulled away by the end of the half. The Rams had the slim 18-17 lead with just .30 seconds left, when they turned on the jets. Elle Irwin dropped in a basket and added another point from the charity stripe to move the score to 21-17. Some stellar Ram defense caused a couple of key turnovers, and Rockford made the most of them. Alina Anderson moved the score to 23-17 and Madi Kleefisch followed with a buzzer-beating 3-pointer from beyond the arc to move the score to 26-17 to close the half.

Rams head coach Brad Wilson was able to get everyone on his roster some valuable playing time during the game by the fourth quarter. Rockford’s six points in the fourth quarter came from Irwin, Hutchings, and McCauley to close the game with a 50-32 score.

"We really struggled shooting tonight, but our kids played extremely hard on defense," shares Wilson. "We forced 27 turnovers which helped us generate some offense. Once again, we had balanced scoring. We cycled our kids in and out which allowed us to make conditioning a factor in the game, and the dam finally broke for them in the third quarter and we were able to pull away and build a big lead."

McCauley led the team with 14 points and six rebounds. Anderson and Reinke chipped in eight points apiece. Elle netted nine rebounds, with six of them off the offensive boards.

"I couldn’t be more proud of our start," continues Wilson. "We are currently 15-0 as a program! Our players and coaches have been working extremely hard and it’s great to see all of that effort start to pay off."

Rockford will return to Cornerstone University to play Forest Hills Northern in the Championship, Monday, Dec. 30. Tip-off is scheduled for 5:30 p.m.