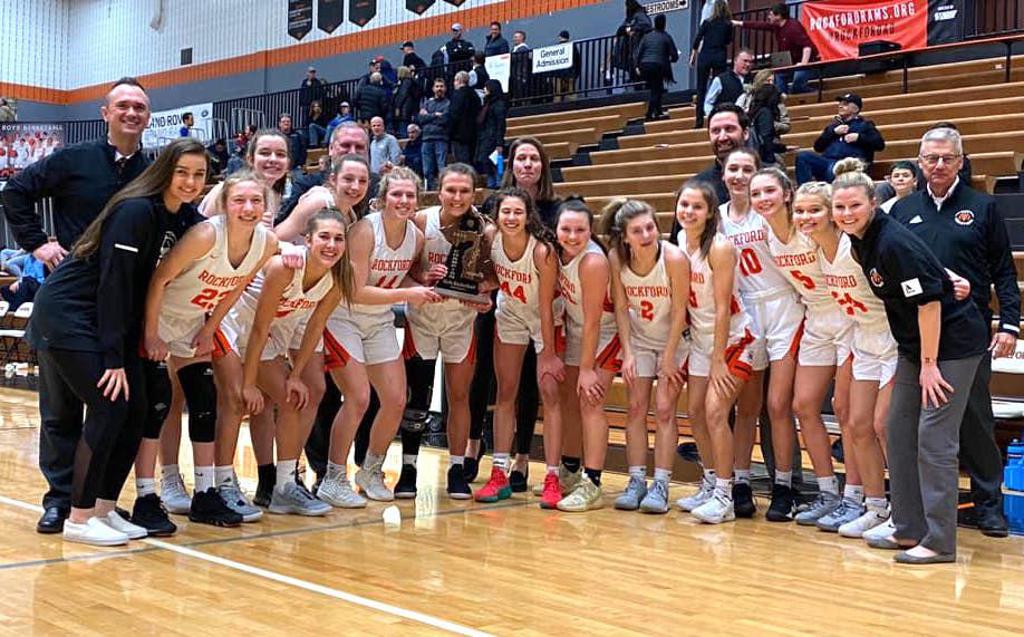 ROCKFORD – The Lady Rams varsity basketball team played host to Forest Hills Northern (17-3) for the MHSAA District 9 Championships, Friday, March 6. The Rams proved “there’s no place like home” with an impressive 56-43 victory over the Huskies in a “black out” to claim the District title.

The amazing thing about this Rockford team is that the roster has such incredible depth that fans never know which player is going to step up and help the team claim the “W.” This time it was Ram sophomore Elle Irwin. She put on a clinic and couldn’t be stopped as she tallied 26 points for her team. The Rams scrambled on defense, too, with plenty of players stifling the Huskies with steals and blocks to put in a team effort to claim the district crown and keep their season alive by moving on to regional action.

Northern got the first two buckets of the game, but the Rams didn’t flinch despite looking at a 5-0 deficit. Madison Kleefisch started the offense for the Rams draining a basket from beyond the arc to tally the first 3 points for the Rams, but Rockford couldn’t reel the Huskies in and closed the first quarter looking at the wrong end of a 16-9 score.

Rockford let FHN know they weren’t going to let the game stay with that tilt early and often in the second stanza as Syd Reinke drained a “3” to move the score to 16-12, and Alina Anderson adding two, and Irwin adding two of her own to tie the score 16-16 for a 7-0 run. The Rams claimed the lead on Irwin’s success at the charity stripe, draining both to give the Rams the 18-16 lead. Kleefisch connected for her second “3” of the half to move the score to 21-18 with 2:44 left in the second quarter. The Rams kept the Huskies on their heels with plenty of steals, and then Irwin put on a show, draining an incredible 11 unanswered points with a little over 1:30 left in the half. She put up three 3’s and a 2-point basket to move the score to 30-20, with one of the 3’s just beating the buzzer from beyond the arc.

The Huskies were able to drain the first basket of the third quarter, but the Rams let them know they weren’t going to let them steal the momentum. The Rams kept up the pace and found themselves with a 40-27 lead with a Maddie Hutchings 3-pointer. Anderson added 2 more to give the Rams the 42-28 edge. The quarter closed at 44-31.

The fourth quarter found both teams tallying 12 points, so Rockford never gave up their 13-point lead, leaving no doubt who would claim the district crown. The 56-43 victory moved the Rams’ record to 16-6 on the season.

Irwin paced the team with 26 points, Megan McCauley and Kleefisch tallied 8 each, Anderson added 6, and Hutchings and Syd Reinke chipped in 4 apiece.

The Rams will now take on Hudsonville, Tuesday, March 10 in Regional 3 action at West Ottawa High School. Tip-off is scheduled for 7 p.m. 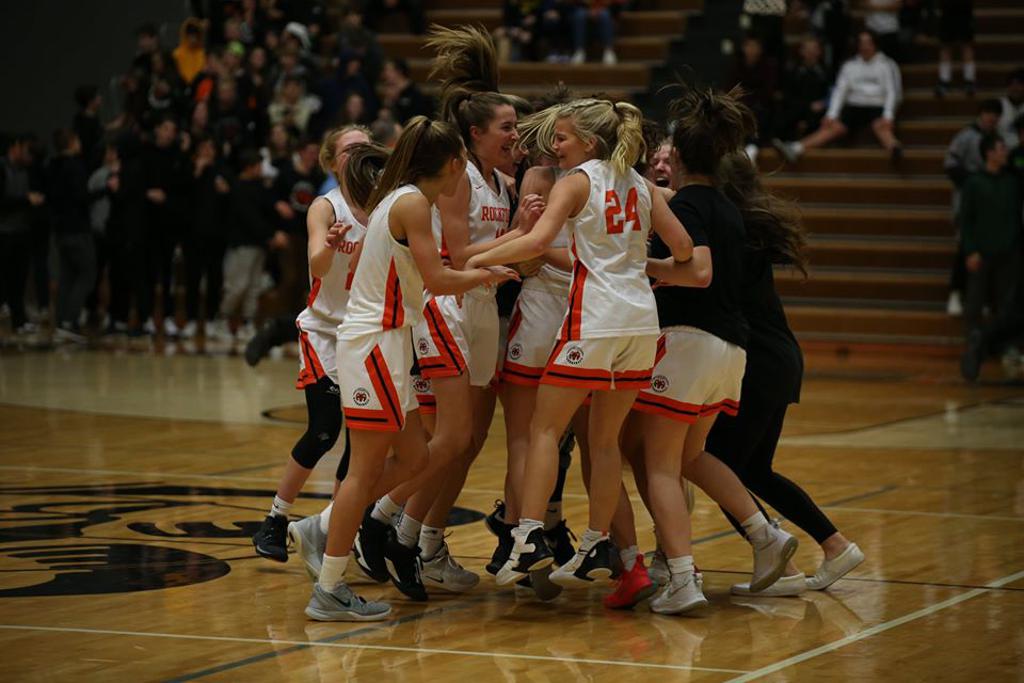 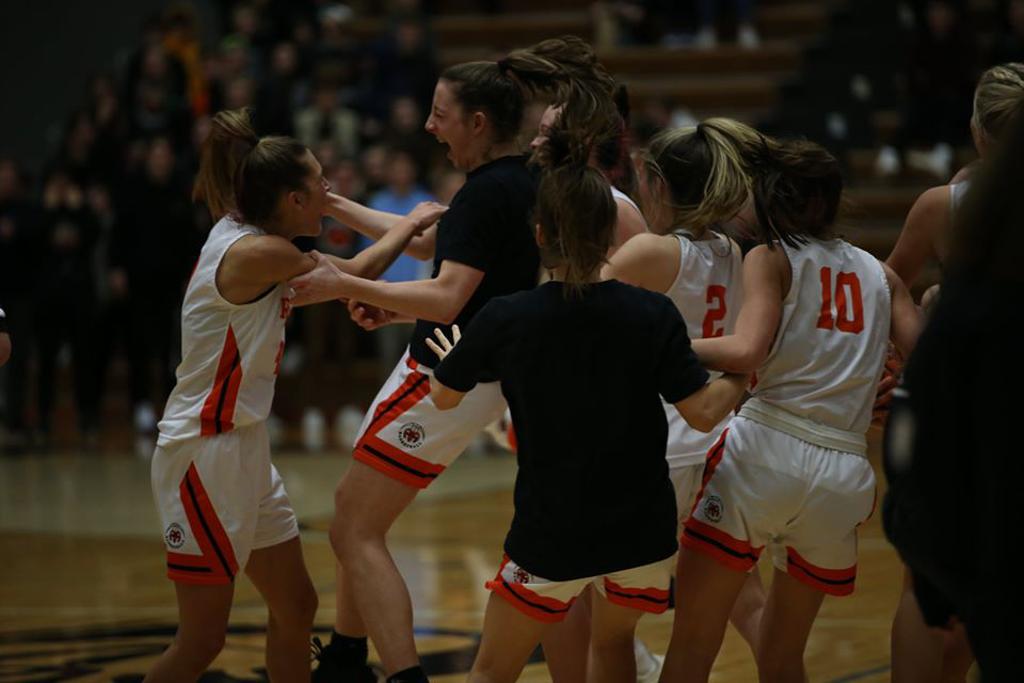 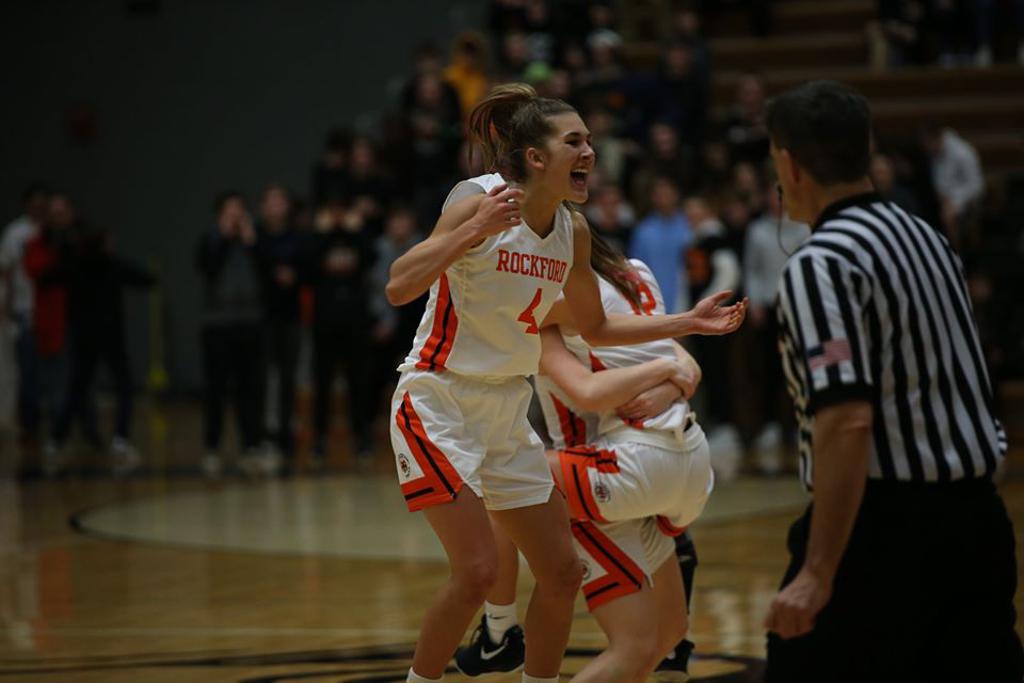 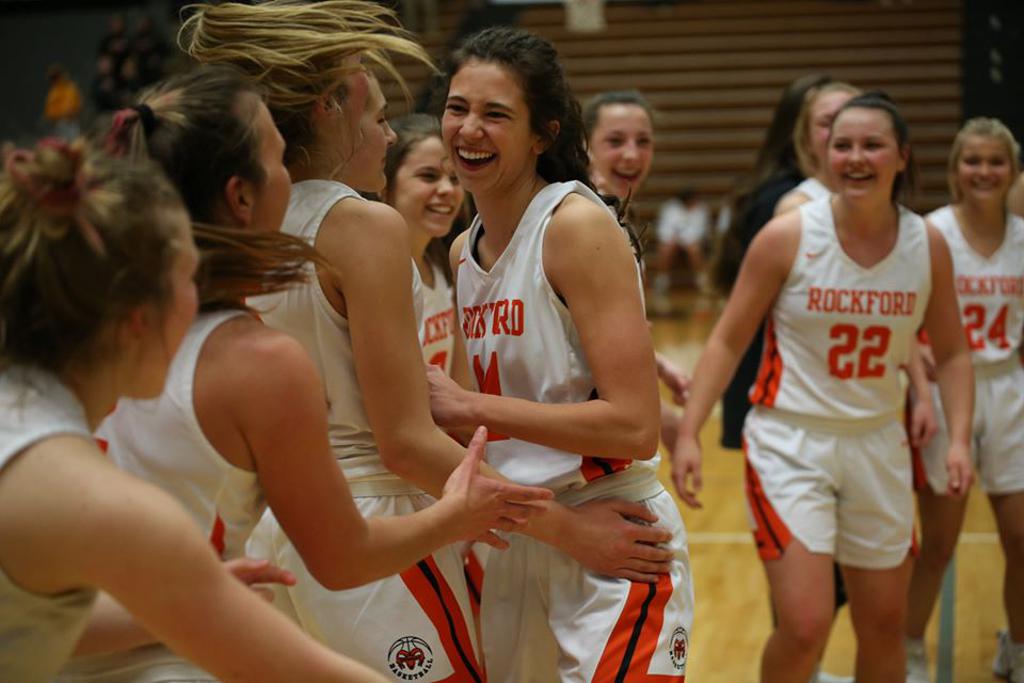 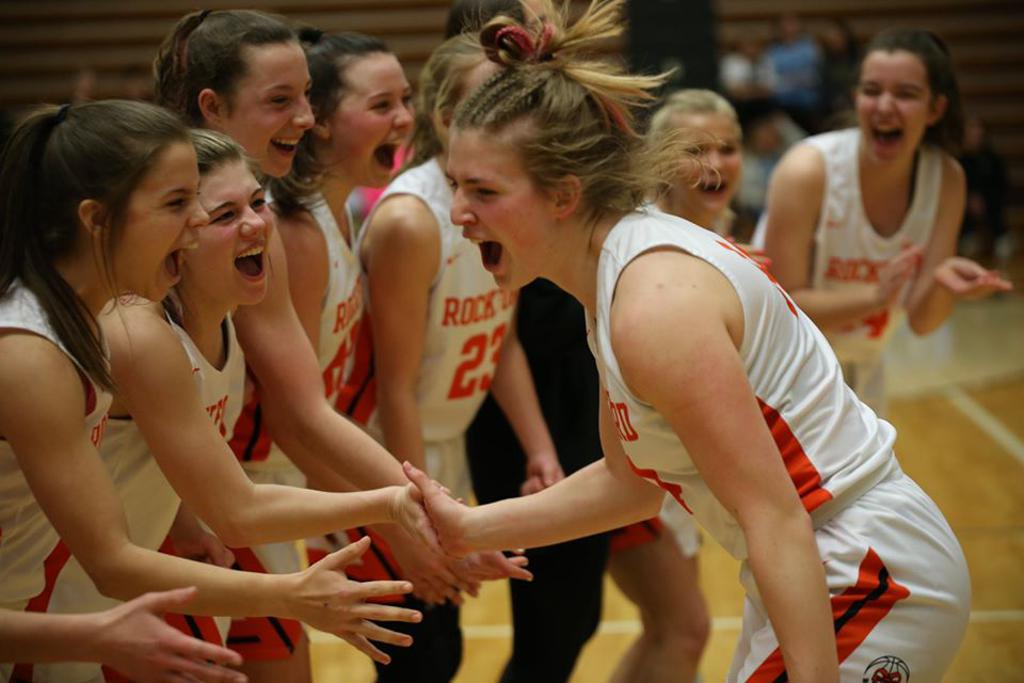 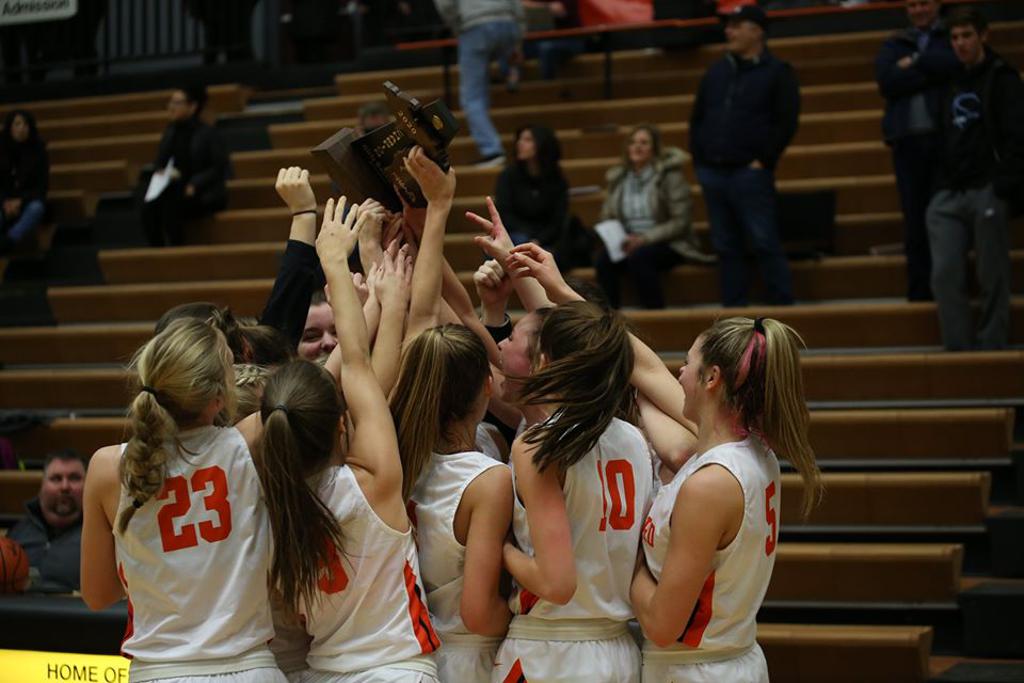 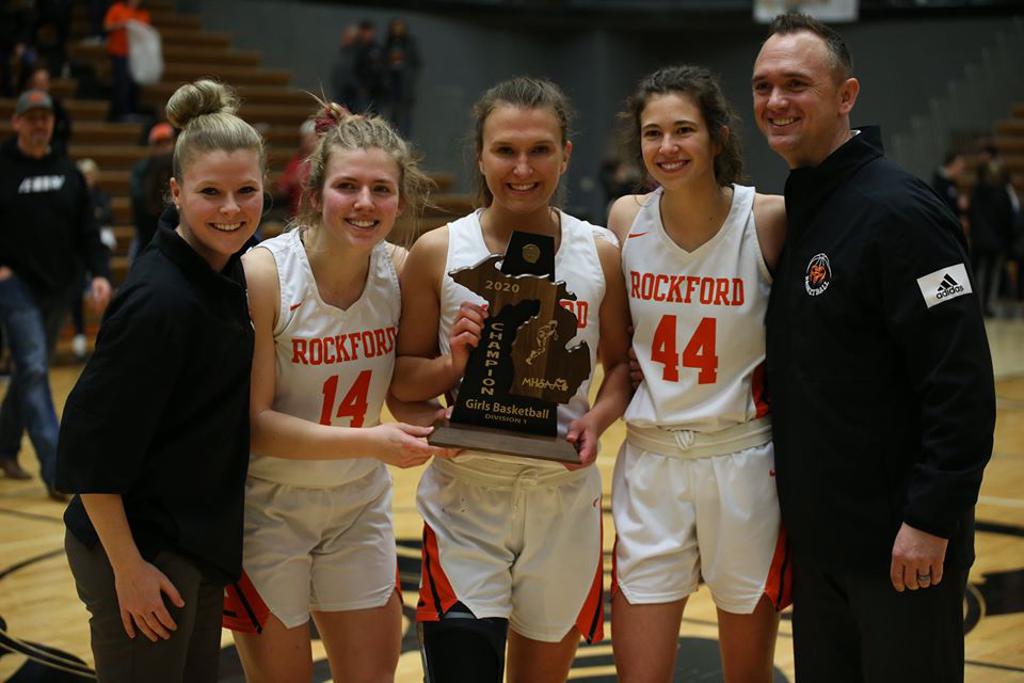 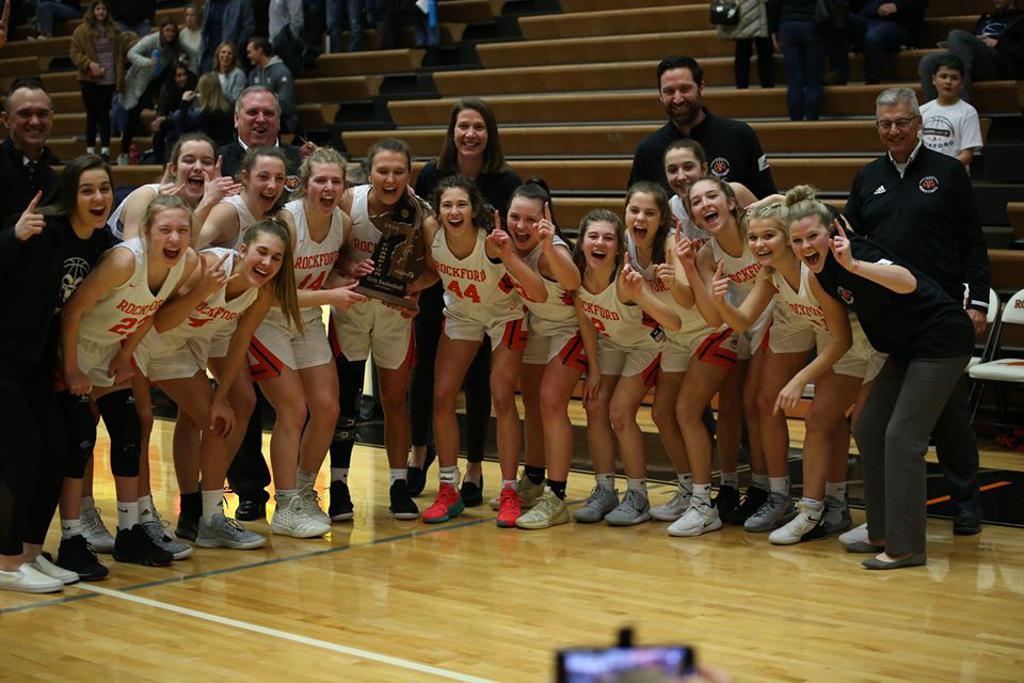 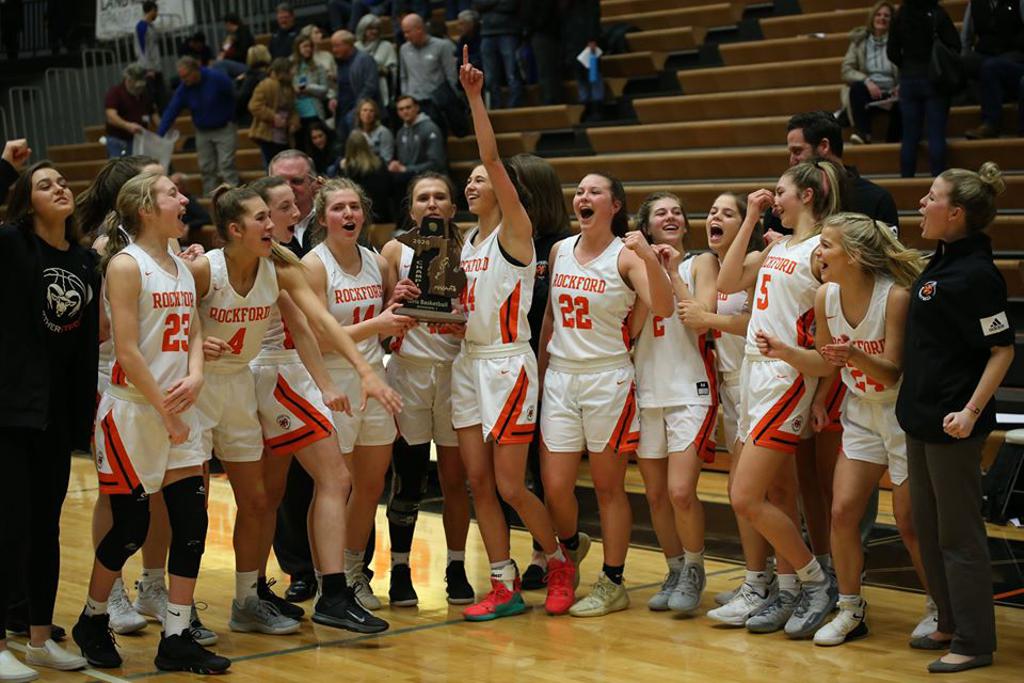