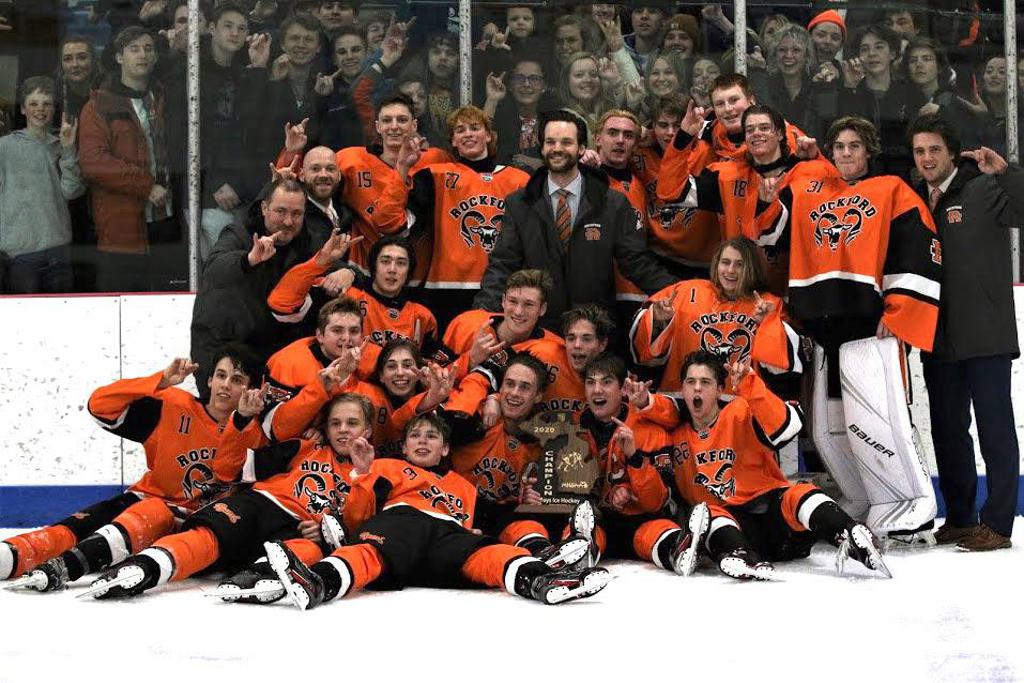 The Rams Ice Hockey Team pose with their Regional trophy - along with their student section in the background. ~ Contributed Photo

The Rockford Varsity hockey team entered the regional playoffs after a disappointing regular season record of 10-14-1.  The Rams struggled to find a consistent stride during the regular season, often finding it difficult to build that ever-important line chemistry.  The playoff season, however, was very different.

In high school hockey, the playoffs are sometimes referred to as “the second season.”  The Rams certainly took hold of that sentiment and came together resulting in a superb run leading all the way to the state quarterfinals against a perennial state power, and well-coached Hartland team.

The Rams entered the playoffs and earned a 4-2 victory over Kenowa Hills.  Next up for the Rams would be the combined Forest Hills Northern and Eastern team, who the Rams had topped just 10 days earlier 4-2.

The game was a true defensive battle, with neither team able to get on the scoreboard ending the first period knotted at 0-0. The second period found Andrew McPhee displaying a great individual effort with an unassisted goal to put the Rams ahead. McPhee gathered the puck at the top left circle and fired a shot that was initially blocked by a defenseman. The puck rebounded off the defender, coming right back to McPhee. He then fired a bullet to the upper right corner of the net, just over the goalie’s shoulder. The goal ended the second period with Rockford leading the Birddogs with a 1-0 score.

The third period was no different than the first two, it was an up and down defensive battle with solid goaltending from both teams.  With just under a minute left in the game, Forest Hills was able to tie the score at 1-1, sending the game into overtime and setting up for a dramatic ending. Just two shifts into the overtime period, senior forward Ryker Christian scored a goal that every hockey player dreams of, an overtime winner. Christian collected the puck at the top of the slot, had patience to find his spot, and fired the puck into the upper right corner. The result was the game-winning goal, which set off a gigantic celebration for Rockford. The team celebrated this Regional title win with a large turnout of students and fans in attendance, supporting their Rams.

In the MHSAA State Ice Hockey Quarterfinal matchup, the Rams were facing the Hartland Eagles.

From the opening faceoff, it was obvious that Hartland encompassed a team concept with strong puck-possession and a tape-to-tape passing game. All the same, Ram senior captain Kyle Switzer was able to put the Rams up 1-0.  He acquired the puck at center ice, split two defensemen to fire a shot just over the goalie’s shoulder and into the top corner of the net. This was the only goal of the first period as goalie Nolan Smith was stellar in net for the Rams again - as he had been all playoff season.

The second period saw Hartland continue to press for a goal, but Rockford’s defense continued to clog up the middle of the defensive zone, as Smith sustained his excellent play in goal. The second period ended with the Rams still holding the lead 1-0.

The third period finally saw Hartland get on the scoreboard as they netted two goals in the middle of the third period. The Eagles then added an empty net goal late, to make the final score 3-1.

The Rockford varsity hockey team has taken on challenges, fought relentlessly, and continued to play hard all season long. They will miss the six seniors who played their last game for the Rams this past weekend. Those seniors are captains Kyle Switzer and John Spero, Ryker Christian, Mitchell Sehlmeyer, Tommy Schwandt, and John Bina. Also playing his last game for the Rams, was Finnish exchange student Jussi Hautamaki.

A huge thanks goes to the team for a great 2019-2020 season and a fantastic playoff run. Well done! 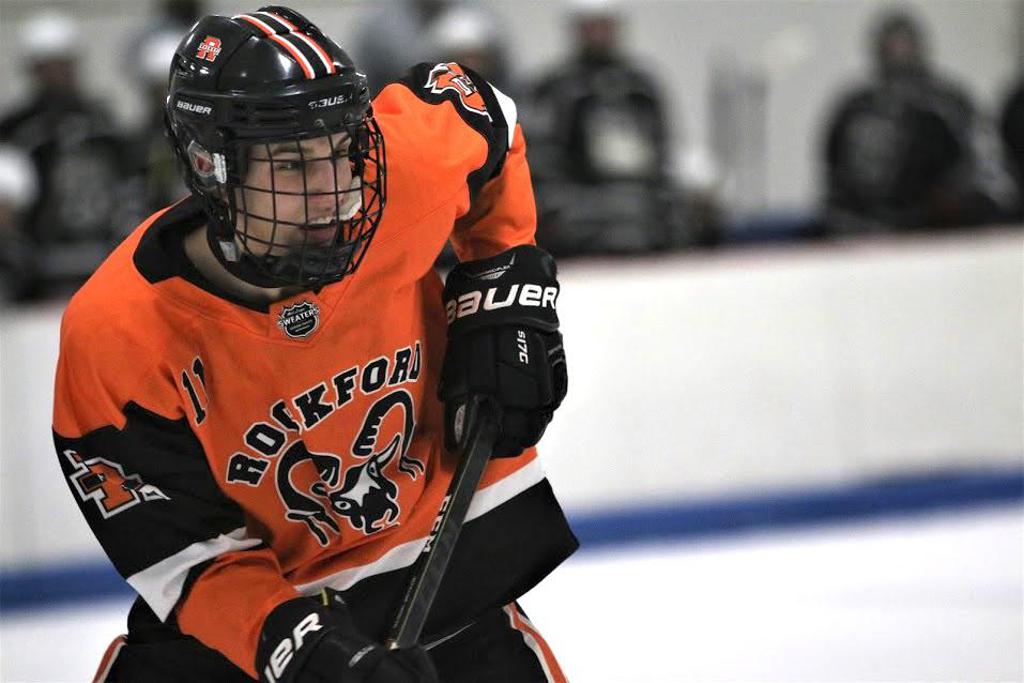 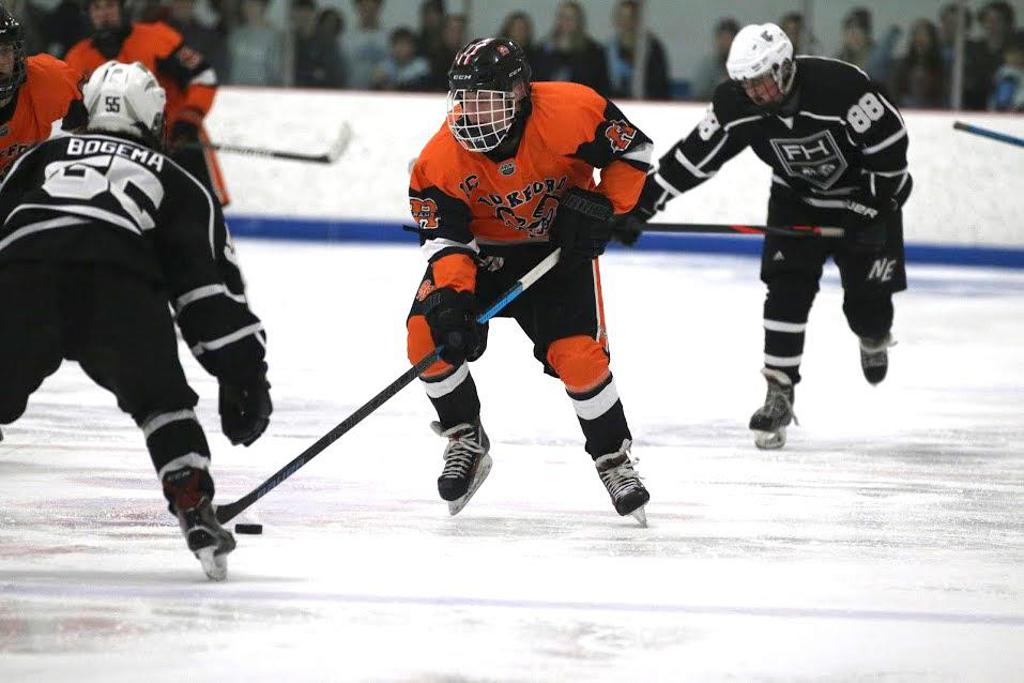 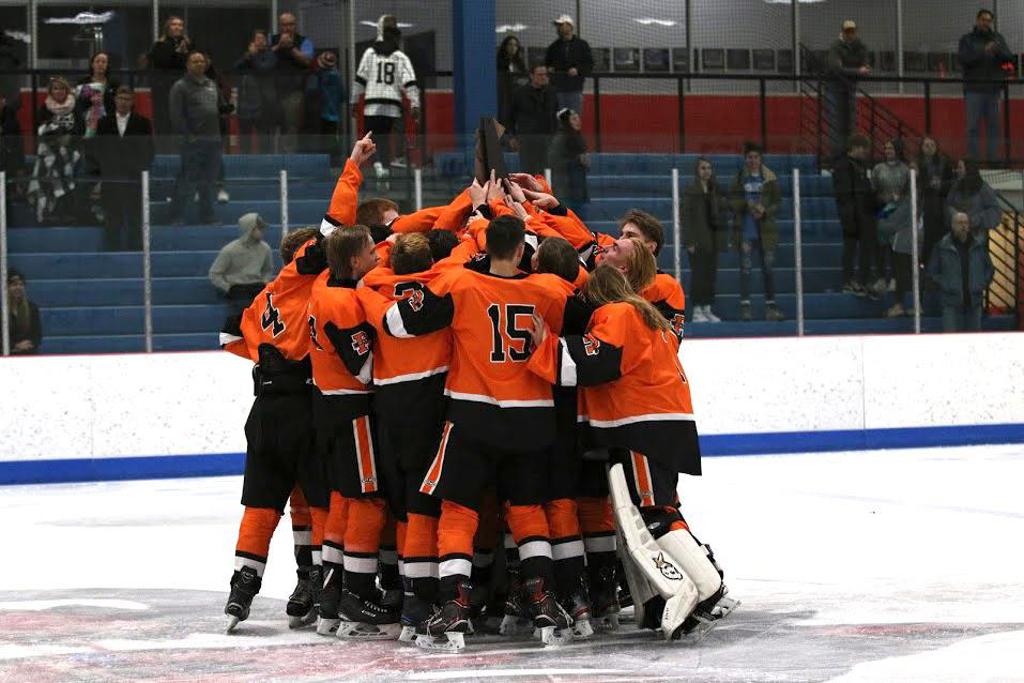 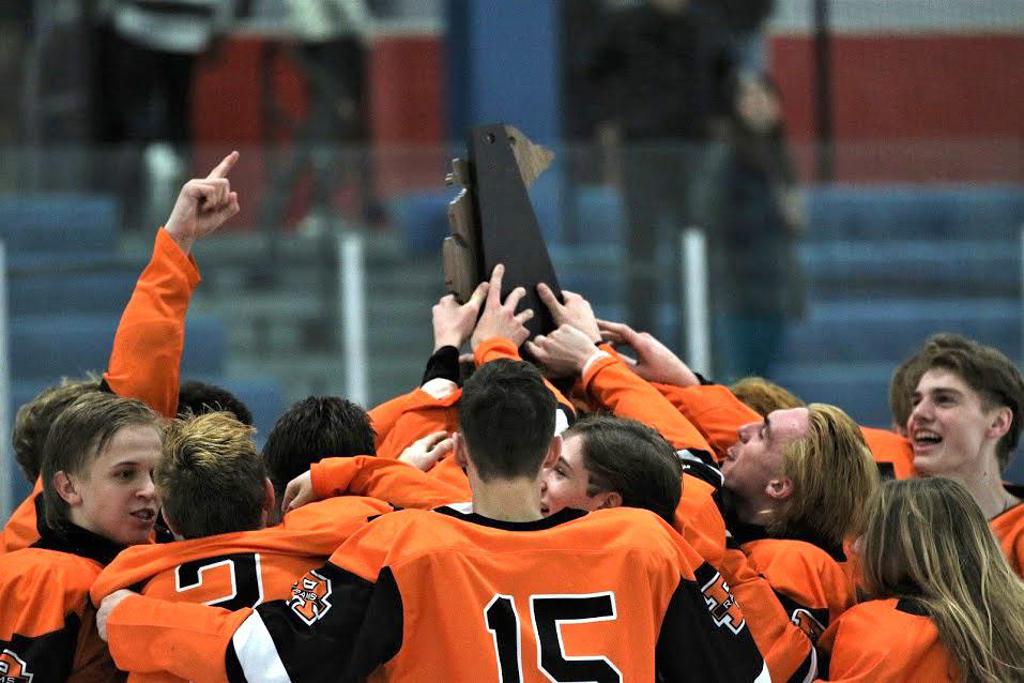