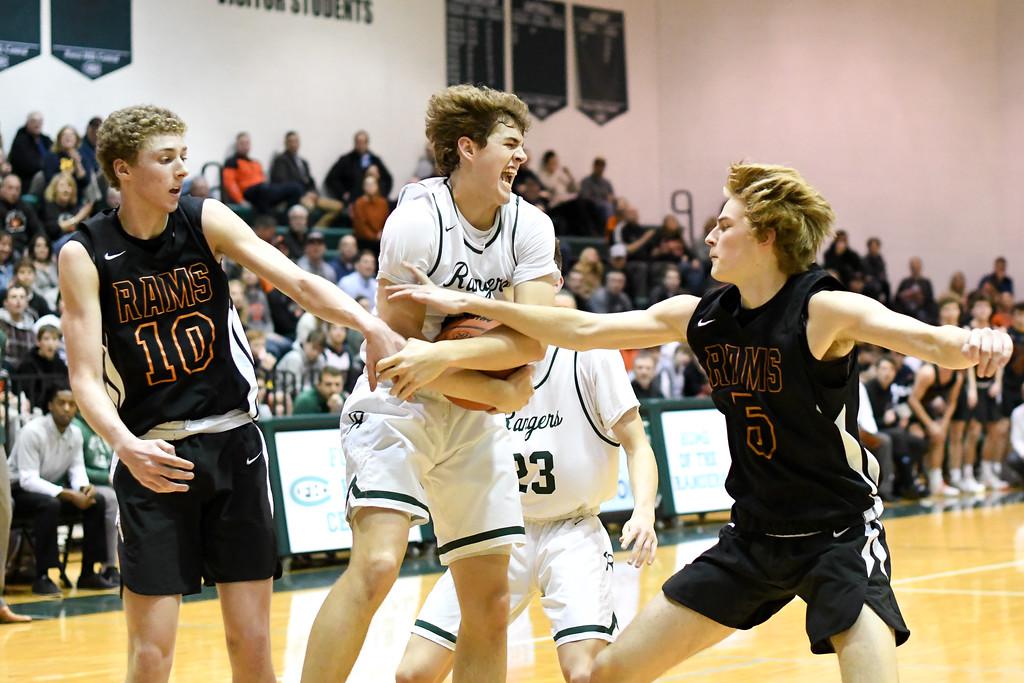 ADA – The Rams boys varsity basketball team took on Forest Hills Central, Monday, March 9, to kick off the MHSAA Boys Basketball Districts. The Rams entered the contest with a 6-14 record, and the Rangers walked in with a 15-5 record. But, don’t let the records fool you, the Rams’ tough schedule prepared them for the playoffs. Rockford brought a strong fan base with them and showed early they were ready to take on the Rangers, playing gritty ball the entire game to earn the 58-54 victory.

Rockford led at the end of the first quarter with a buzzer-beater by Andrew Carlson to own an 11-6 lead. The Rangers showed they weren’t going to go down easily, battling back to claim a narrow 24-23 lead at the half. The Rams showed they weren’t all that intimidated with Kaden Seelye kicking off the second half with a bucket to claim the 25-24 lead. Back-to-back “3’s” by Caden Currie and Sam Krist gave the Rams a nice 31-24 lead. The Rangers answered with a “3” of their own, but Krist threw in a bucket and Nick Heinen added one beyond the arc to preserve the Ram lead. Seelye (2) and Jack Lamancusa (4) kept pace with the Rangers’ offense to give the Rams the slim 42-41 lead at the end of the third.

Currie opened up the fourth with a bucket to let the Rangers know the Rams were planning on earning the “W.” Ram point guard Brendan Schueller added 3 of his own to give the Rams the 47-43 edge. The Rangers did their best to claw back into it, but a Seelye basket and a Carlson free throw gave the Rams a 50-46 lead. At the end, it was Rockford at the charity stripe and the Rams had a good showing to clinch the win. Schueller was a perfect 4-of-4 at the free throw line, and Krist was 4-of-6 to help their team earn the 58-54 victory and the right to advance in the playoffs.

The Rams had a well-balanced attack, with Seelye pacing the team with 17 points and plenty of rebounds, Krist tallying 13, and Schueller adding 12. Currie chipped in 5, and Carlson and Lamancusa added 4 apiece, while Heinen added 3 to the Ram cause.

Rockford will now take on Northview in the MHSAA District Semis, Wednesday, March 11, at Cedar Springs High School. Tip off is 5 p.m. Northview topped Greenville 68-50 to earn the right to play the Rams. 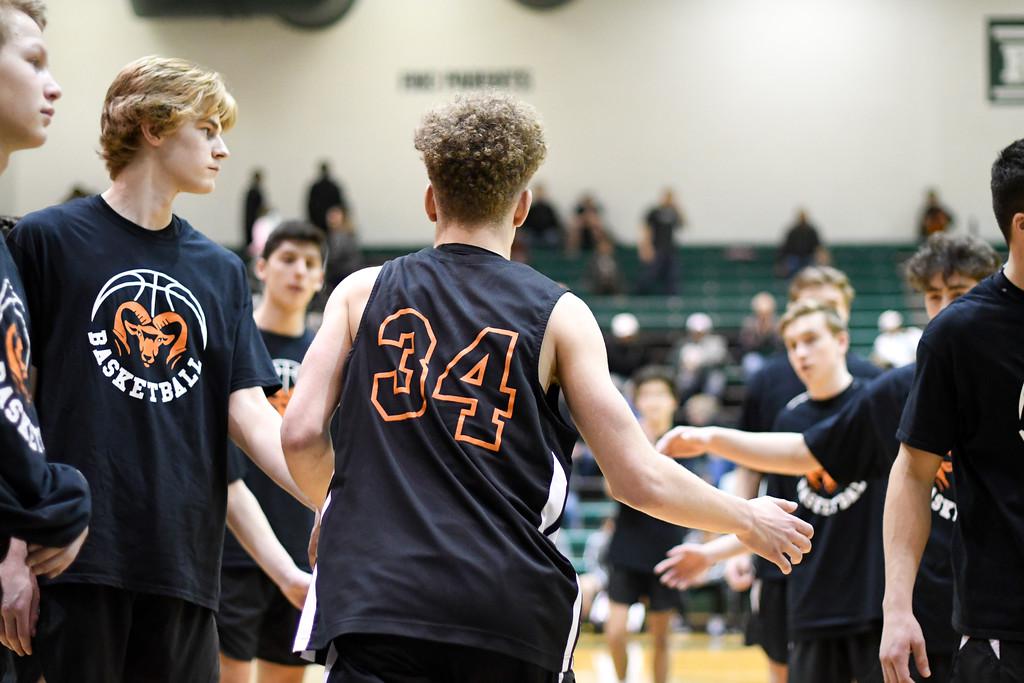 Nick Heinen is announced for the Rams. ~ Photo by Amanda Currie 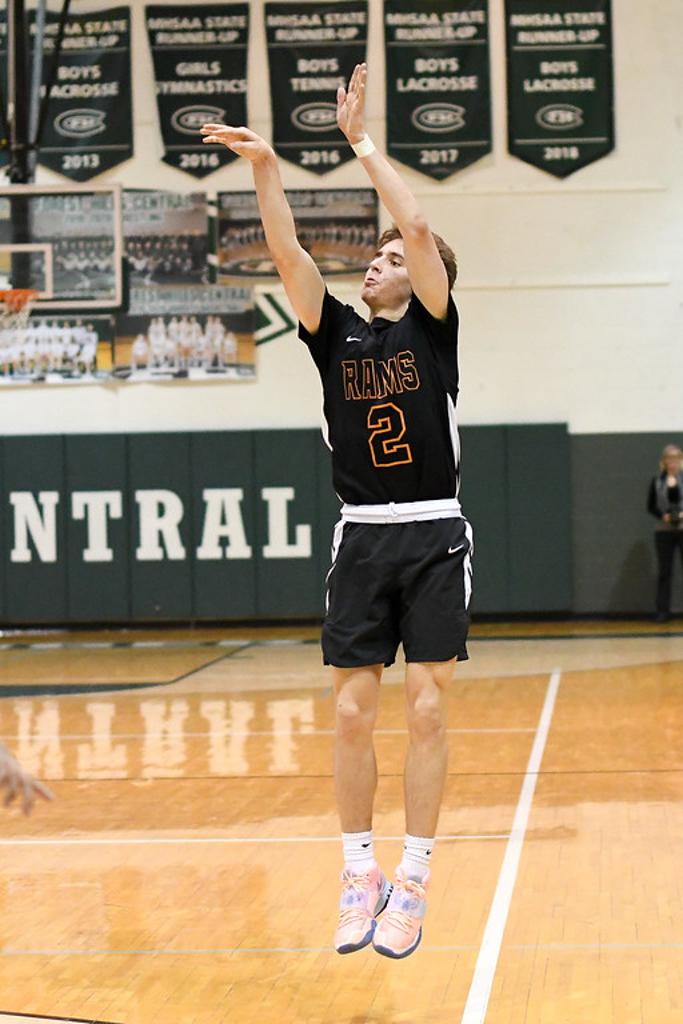 Brendan Schueller lines up for a basket. ~ Photo by Amanda Currie 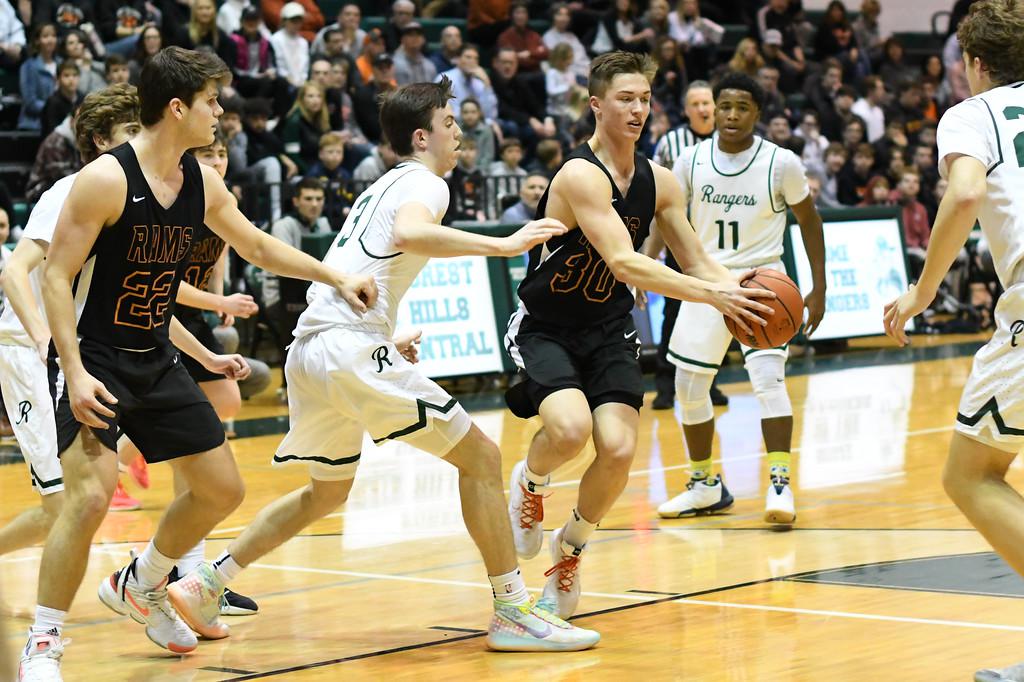 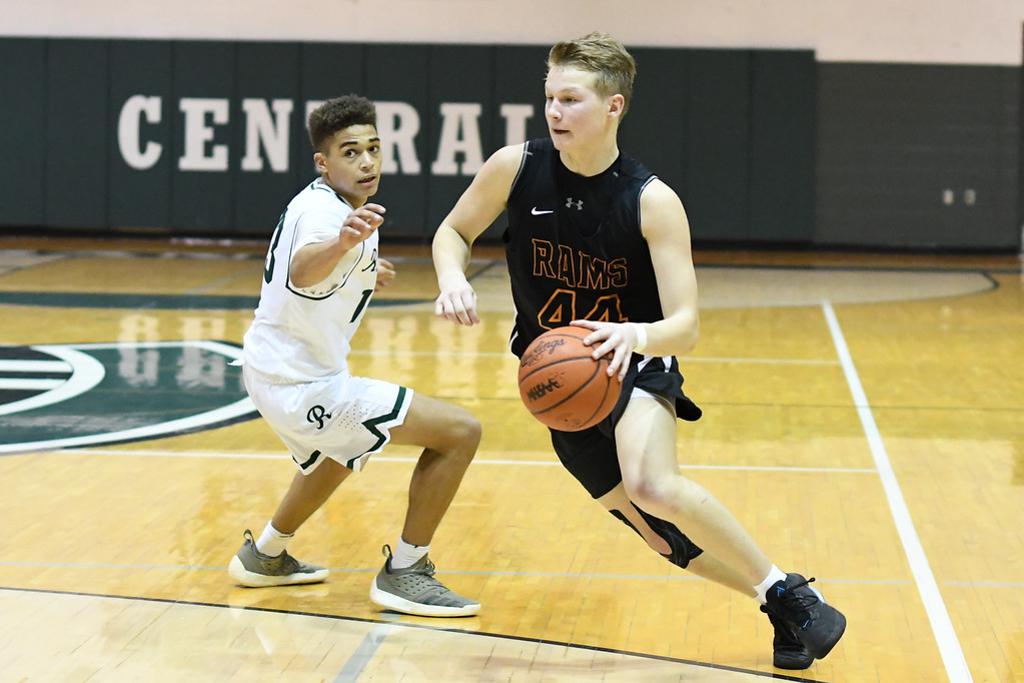 Jack Lamancusa works down the court. ~ Photo by Amanda Currie 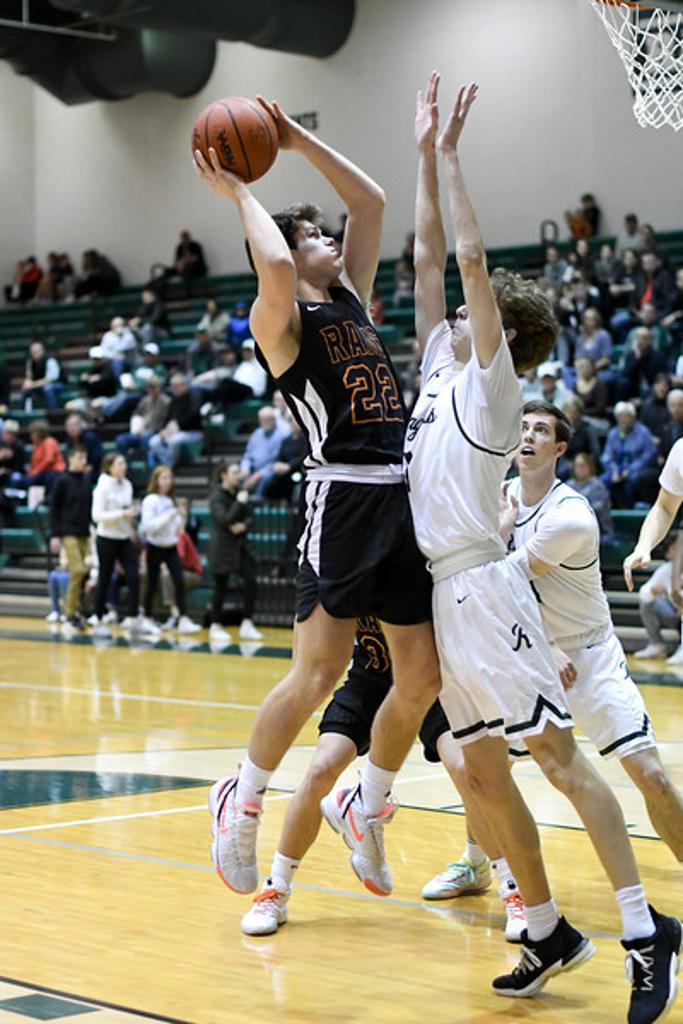 Kaden Seelye goes over a number of Ranger defenders. ~ Photo by Amanda Currie 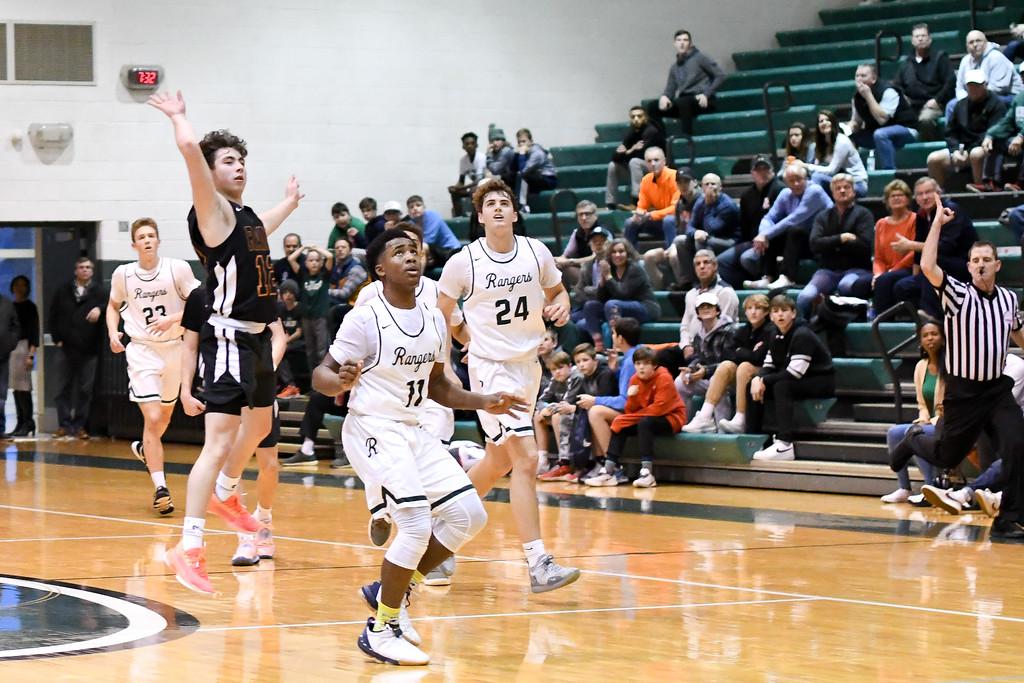 Andrew Carlson calls for the ball. ~ Photo by Amanda Currie 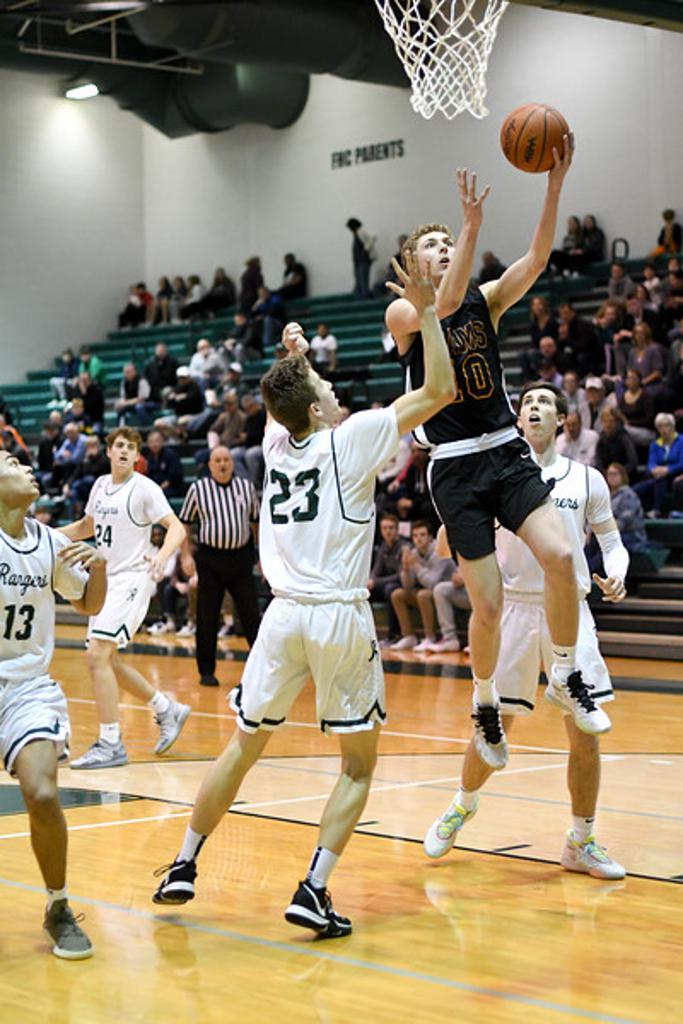 Sam Krist goes up for a lay up. ~ Photo by Amanda Currie 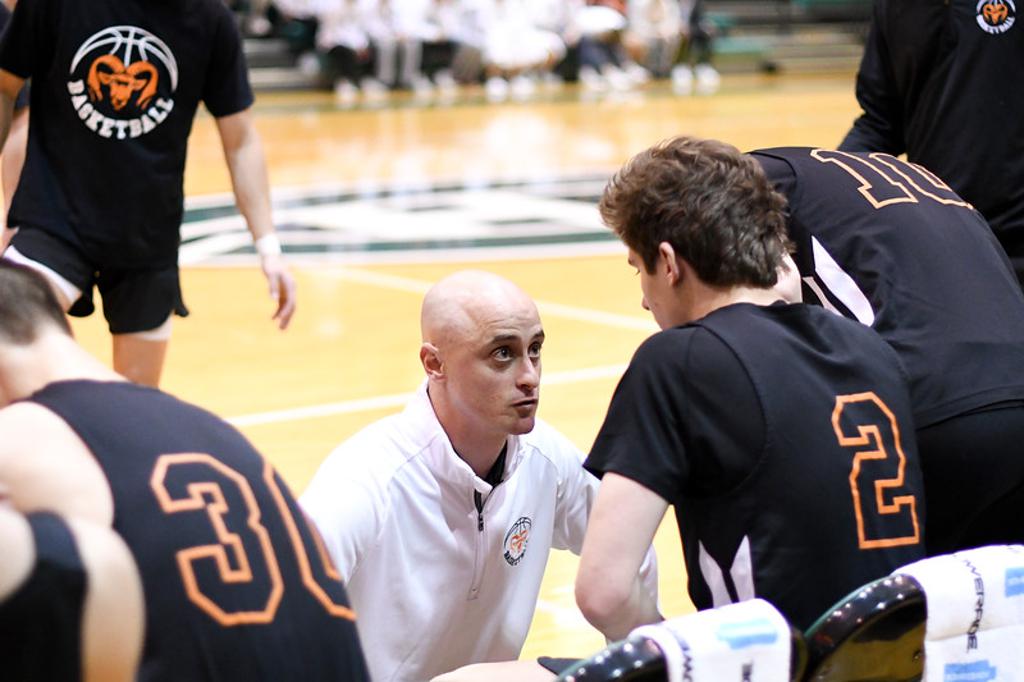 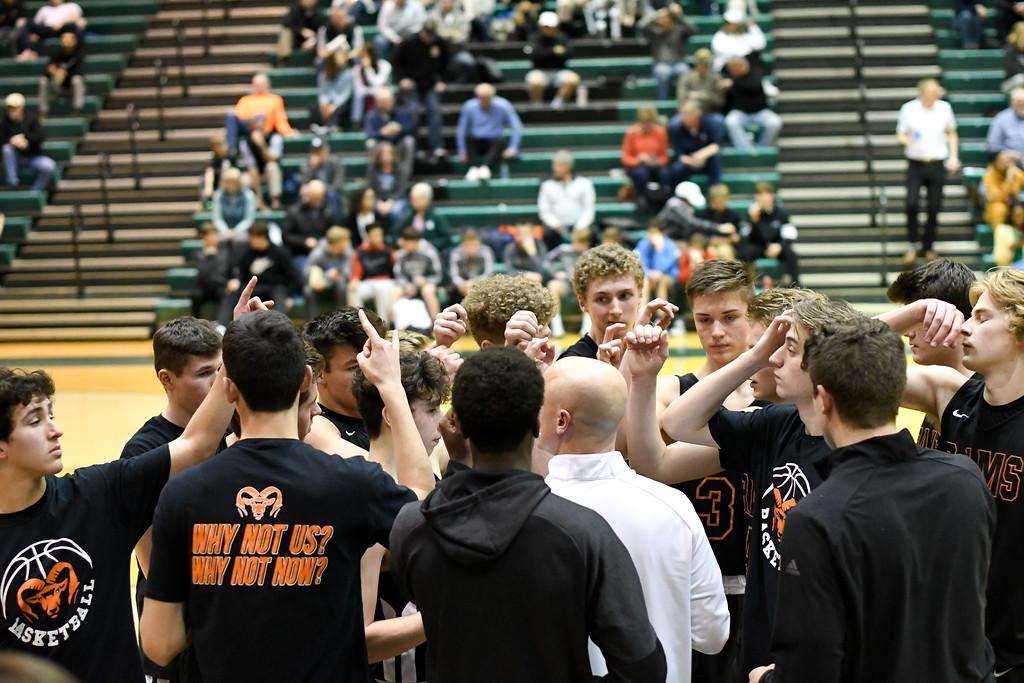 It's all about FAMILY. ~ Photo by Amanda Currie