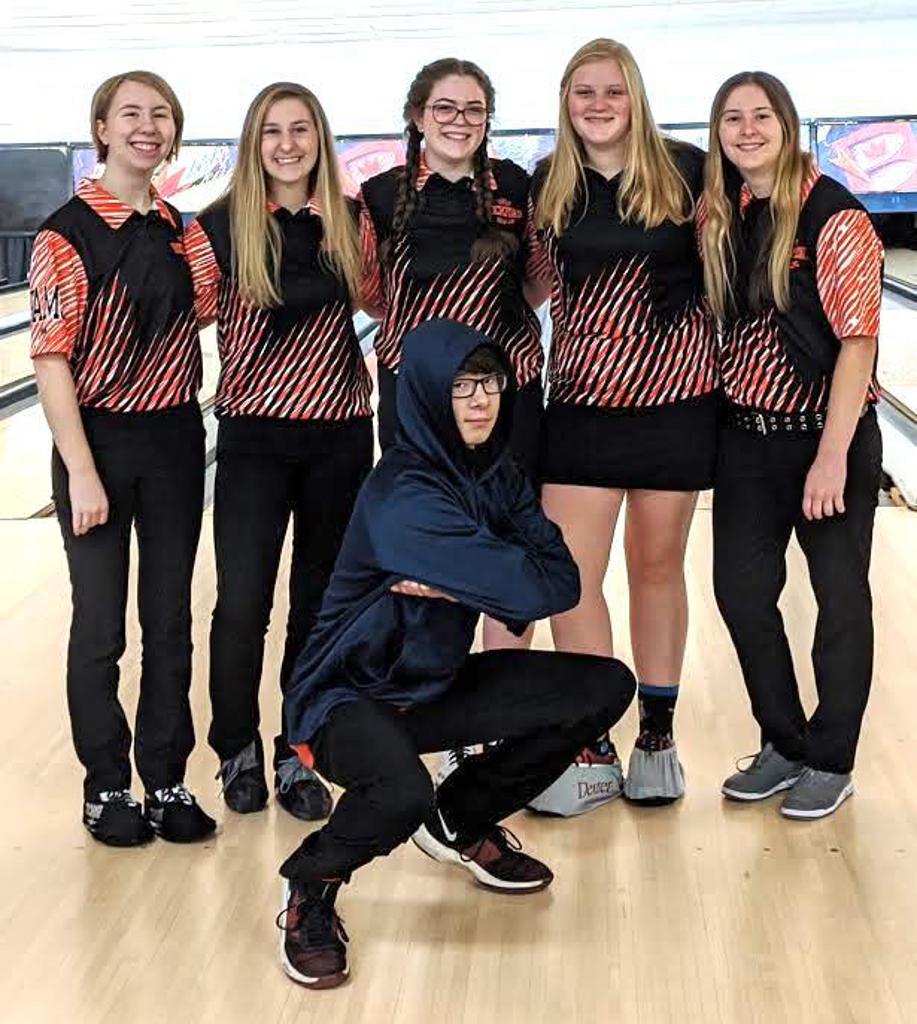 ALLEN PARK - This past weekend, the Rams girls bowling team competed in the state finals and sent two individual qualifiers to the singles event. Additionally, 2018 state champion Matt Buck returned for the boys in an attempt to claim a second singles title. 18 teams, as well as 60 individual qualifiers in both the boys and girls divisions travelled to the iconic Thunderbowl Lanes for the division 1 events, which has hosted several of the most memorable moments in all of bowling history. The Lady Rams joined fellow Region 1 qualifiers Jenison and Zeeland for the action, with Jenison looking to defend their 2019 title. Zeeland also entered with high hopes, having been ranked as high as No. 10 in the state in mid-season coaches polls. The format for team events would be four 2-game baker rounds and two traditional games, with the Top 8 teams based on total pin fall moving to head-to-head action in the Thunderbowl arena.

Rockford started the day paired with Jenison for the opening two baker games and got off to a slow start, shooting 140-180. In the next round, the Rams met with Warren Cousino, where they picked up the pace and shot 204-151. In Round 3, they shot against Flushing and had games of 162-176. To close out baker play, Rockford faced Waterford Mott and shot 181-170 to total 1364 for that portion of the event. At that point, the team was within the Top 8 cut line, but with two regular team games to go there was plenty of opportunity for changes ahead.

In the opening traditional game, the Rams were able to settle in and make their move. Freshman Emma Colby and junior Carly Chapman split time in the opening position to post a game of 129. Senior Jade Reamer followed with a 181 and twin sister Lexi Reamer added 217. OK Red All-Conference team junior Emma Korhorn shot 169, and OK Red All Conference team Senior and scoring leader Isabelle Brekke closed with 6 straight strikes to post a team high 234, for a team total of 946. Only tournament leader Lake Orion would shoot a higher game for the round, with a 978 total. With the big game, Rockford moved into 3rd place overall, with a 100-pin cushion to the cut line.

For the final game, Rockford was paired against pre-tournament favorite Westland John Glenn, but just needed to post a respectable score to move on to match play.  Chapman remained in the leadoff spot to shoot a 180 game, and Jade Reamer added a 177 game. Lexi Reamer and sophomore Gabby Brekke split the third slot for 124, while Korhorn shot 159. Isabelle Brekke added an uncharacteristically low 155 game for a team total of 795, among their worst games for the entire season. As the team waited for final results to be tallied, there were many anxious faces hoping their score of 3088 would be enough to advance.  In the end, the Rams slipped from 3rd to 5th, after being passed by both Zeeland (4th) and Jenison (3rd). All three Region 1 qualifiers would move on, which further underscored the strength of the current West Michigan talent. Rockford would be advancing to face Zeeland in the elimination bracket, where the action moved from the main building to the historic arena lanes.

After a lengthy tournament pause for lunch as well as settling a tie for the 8th qualifying spot, the Rams needed to shoot 2 baker games and 1 traditional game to determine who would move on. Rockford started strong, with three straight strikes, but Zeeland's relentless string of easy spares kept them close until they started a strike run of their own. Despite Rockford posting a very respectable 192 game, Zeeland's 210 left the Rams in an opening hole. Both teams cooled in the second Baker game, but Zeeland's 155 compared to Rockford's 139 left the Rams 32 pins behind.  Going into the deciding traditional game, Rockford would need to fire on all cylinders to move into the final four. Rockford was able to post scores of 140 by Chapman, 161 by Jade Reamer/Colby, 204 by Lexi Reamer, 161 by Korhorn, and 235 by Isabelle Brekke, for a total of 901.  That score, when paired with the 331 baker games for a 1232 total, would usually have a reasonable chance to advance. Zeeland unfortunately had other plans, and made a push of epic proportions on their end. They posted games of 253, 123, 235, 253 and 255 for an amazing 1119 game and 1484 total, setting the current format record in the process, and sending the Rams home for the season as a team. Zeeland would go on to defeat #1 seed Lake Orion in their final 4 match and faced Jenison in the first all West Michigan championship match, which came down to the final frame to decide a winner. Despite trailing total pinfall entering the final frame, Zeeland again made a strong push to defeat the Wildcats 860-800 and erase their 30 pin baker deficit, and claim their first state title.

In girls singles, Brekke had a great start but a costly split in the 10th frame of the first game cost her a place near the top of the early leaderboard, ending with 188. Korhorn also struggled to put up a big opening number and started with a 155. Both were throwing well in general, but neither were able to find serious traction in the remaining five games either, with neither of them able to break 200 on the day. Brekke finished with a 1034 total and Korhorn finished with 990, well back from the 1159 cut line. In match play, four other qualifiers from the region 1 group moved on.  Jenison's Anna Bartz (5th 1240) and Lauren Slagter (6th 1221), Traverse City West's Noelle Phillips (8th 1213), and Traverse City Central's Ondrea Ream (12th 1185) would all move on to play 2-game elimination matches in bracket play. Bartz, who will join Brekke at Drury University to bowl at the NCAA level, eliminated Ream 403-315, while Slagter defeated No. 11 seed Katherine Dybicki of Belleville 421-378, and Phillips lost to No. 9 seed Cheyenne Washington of Lake Orion 459-417. Bartz then faced No. 4 seed Anna Maxwell of Westland John Glenn and lost 380-326, while Slagter defeated L'Anse Cruise's 3 seed Allyson Sand 472-373. Slagter would win again to go on to meet Washington in the championship match, where her 229+ average in match play on the day found her as the heavy favorite. Her good fortunes ran short in the final two games however, where she lost to Washington 392-354.

In boys singles, Buck had an up and down day and found himself on the outside looking in with 2 games to go. Buck was able to find the magic though to close with games of 214 and 216 and claim the 16th spot by 8 pins. Entering match play, Buck would face No. 1 seed Carter Milasinovitch of Utica Eisenhower to open. Buck started hot with a games of 203-234 to stun Milasinovitch 437-373. Buck's luck however would then run out when he faced a red-hot Brownstone Woohvaven's Marco Ramirez, losing 484-378. The boys title was eventually won by Midland's Isaac Goergen.

The weekend capped an amazing run by the Rams girls for the 2019-20 season, where they set multiple team records and made several individual honor scores.  Brekke finished her career with 29 honor scores on the record books, second only to 2019 RHS graduate Heather Buck's 44. For perspective, the next highest number of recorded honor scores is 10, held by 2008 RHS graduate Sara Dykstra. Korhorn is set to lead the team in 2021, where four of the 2020 starting seven are expected return to action in the road back to Thunderbowl.

Matt Buck also closes out his stellar career at Rockford, where he was the driving force on the boys team since his freshman year. His powerful lefty 2-handed delivery has been his trademark since his early bowling years, which also allowed him to bowl his first perfect game while only 12 years old.  While he wasn't able to repeat perfection during any high school events (he has had one more in league bowling), Buck joined Grandville's Josh Kukla as the only D1 boys champions to hail from West Michigan, in a game dominated by east side schools where bowling is considered a feature sport. Matt is the last graduating senior in the Buck bowling dynasty, with older brother Eric and older sister Heather preceding him in leading their Rams teams in years past.

We wish all of our current graduating seniors the best of luck in the next chapters of their bowling careers and appreciate the excitement they have brought us the past four years, congratulations on your achievements! 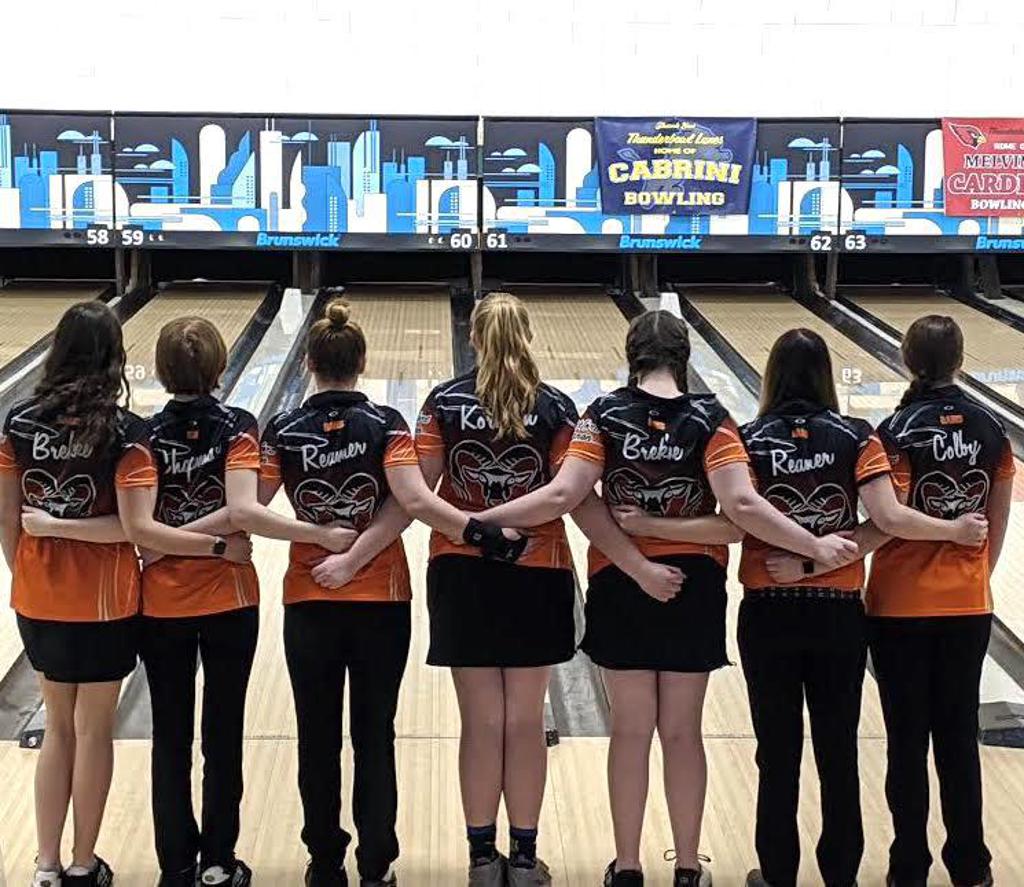 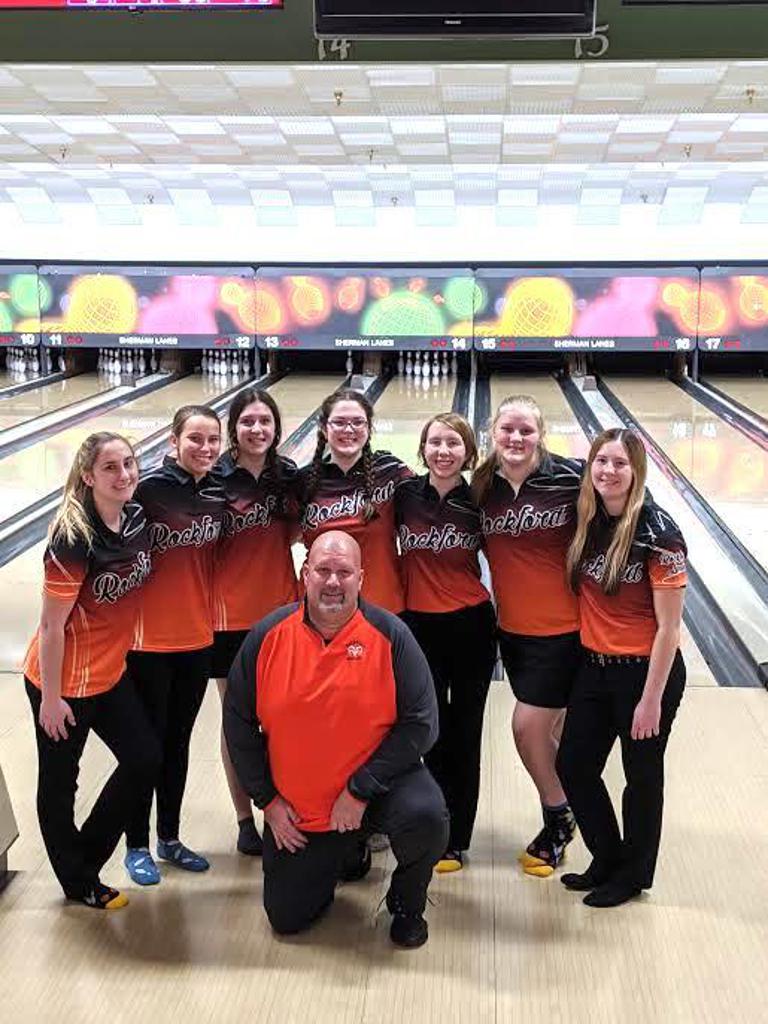 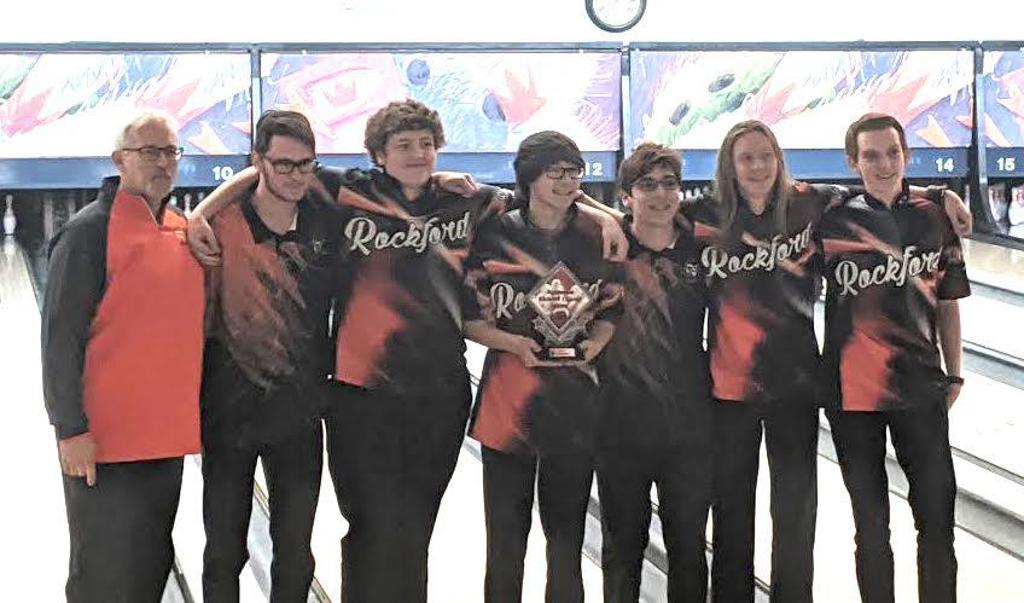 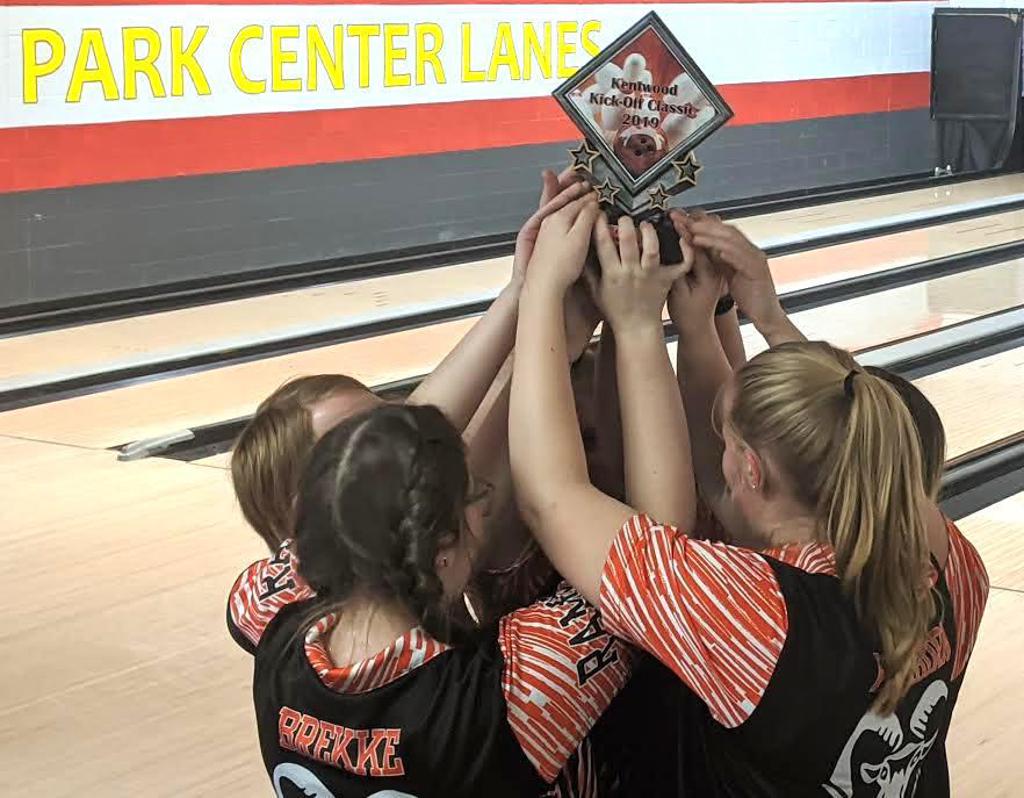 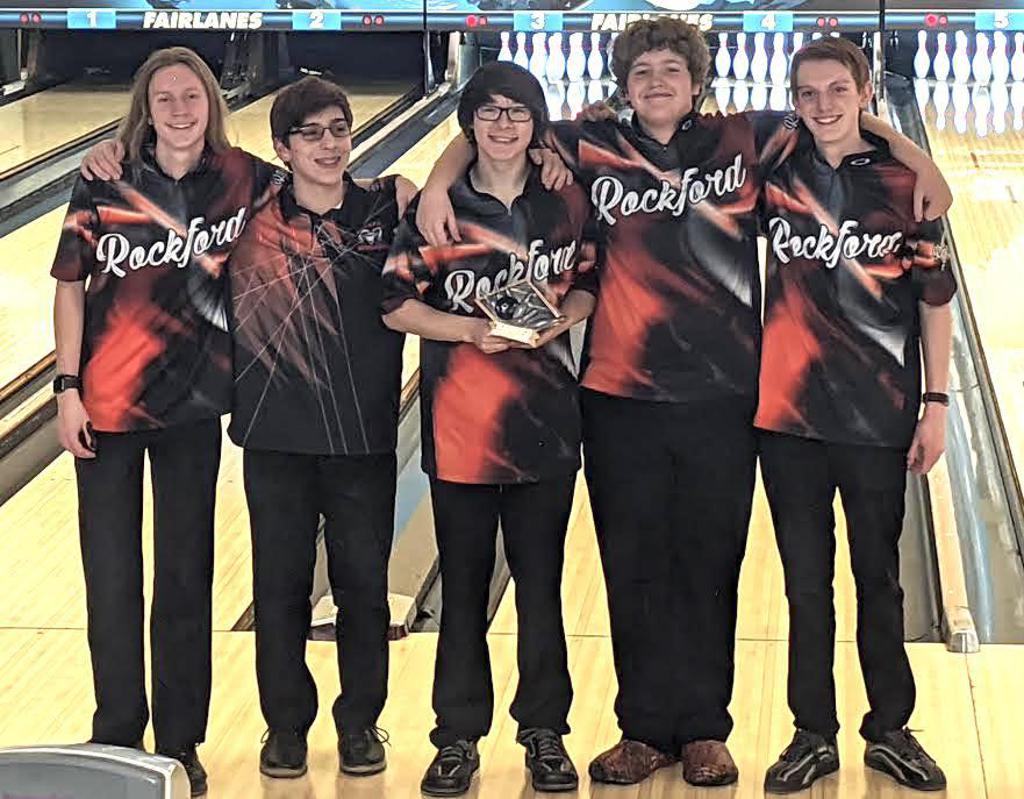 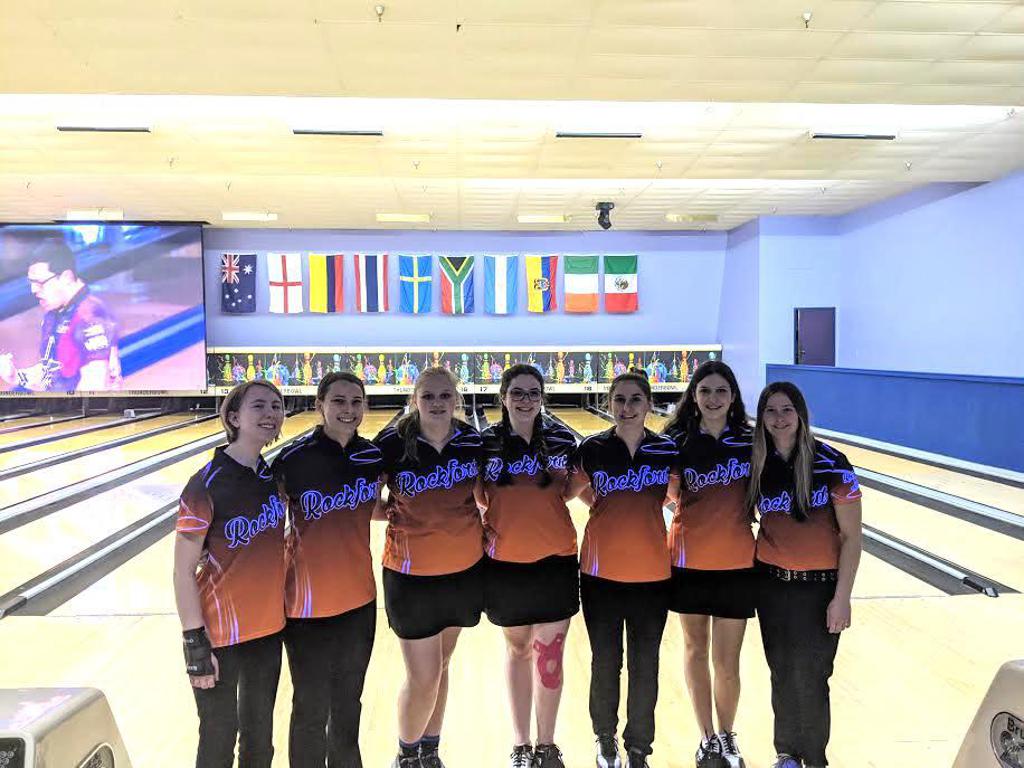 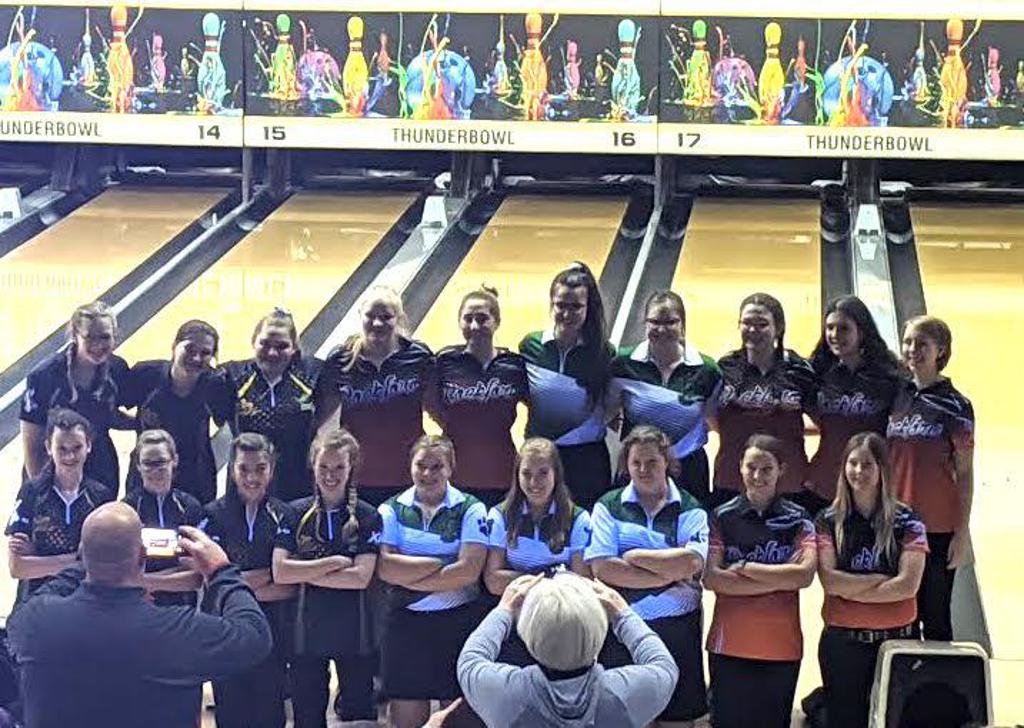 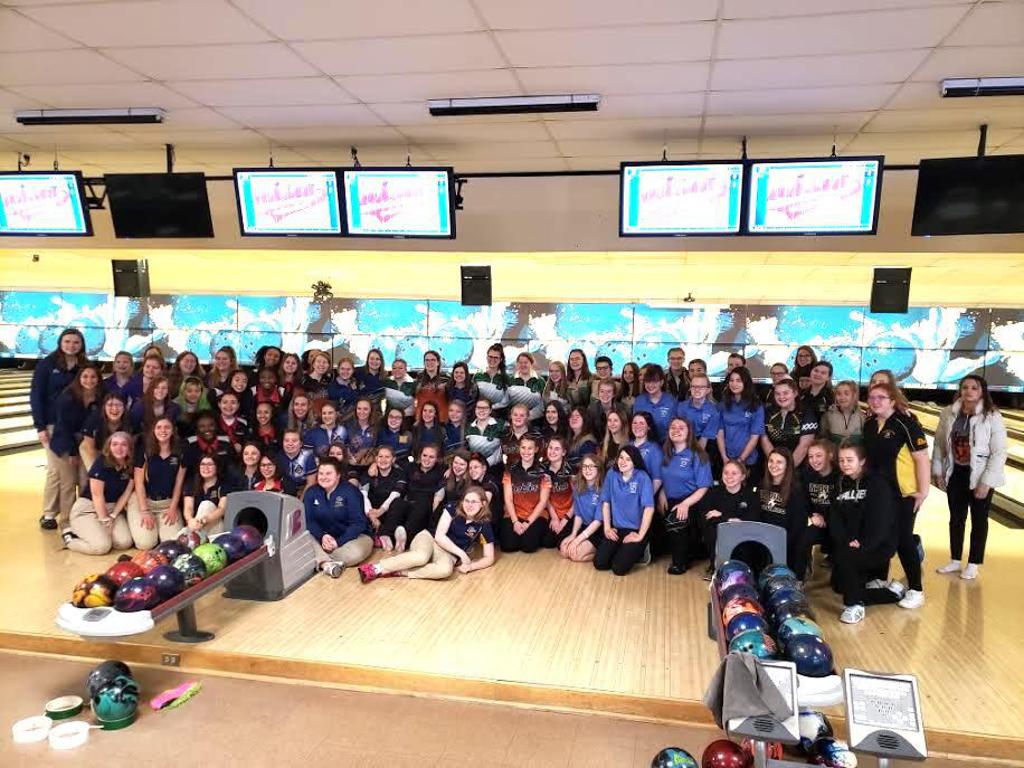 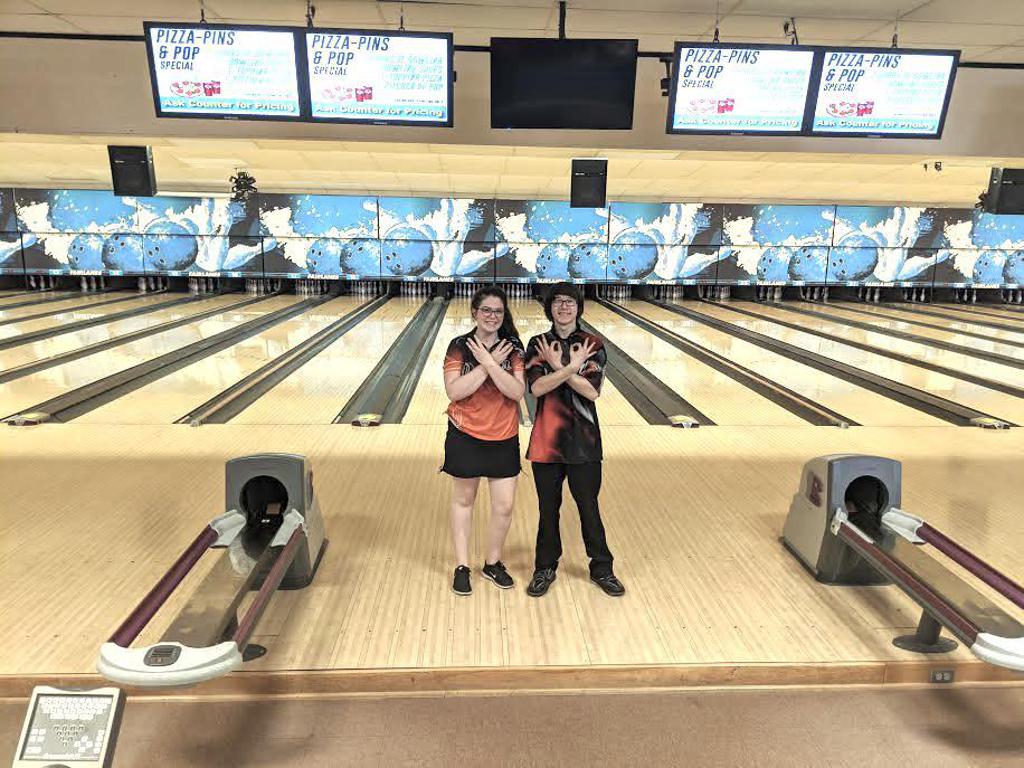