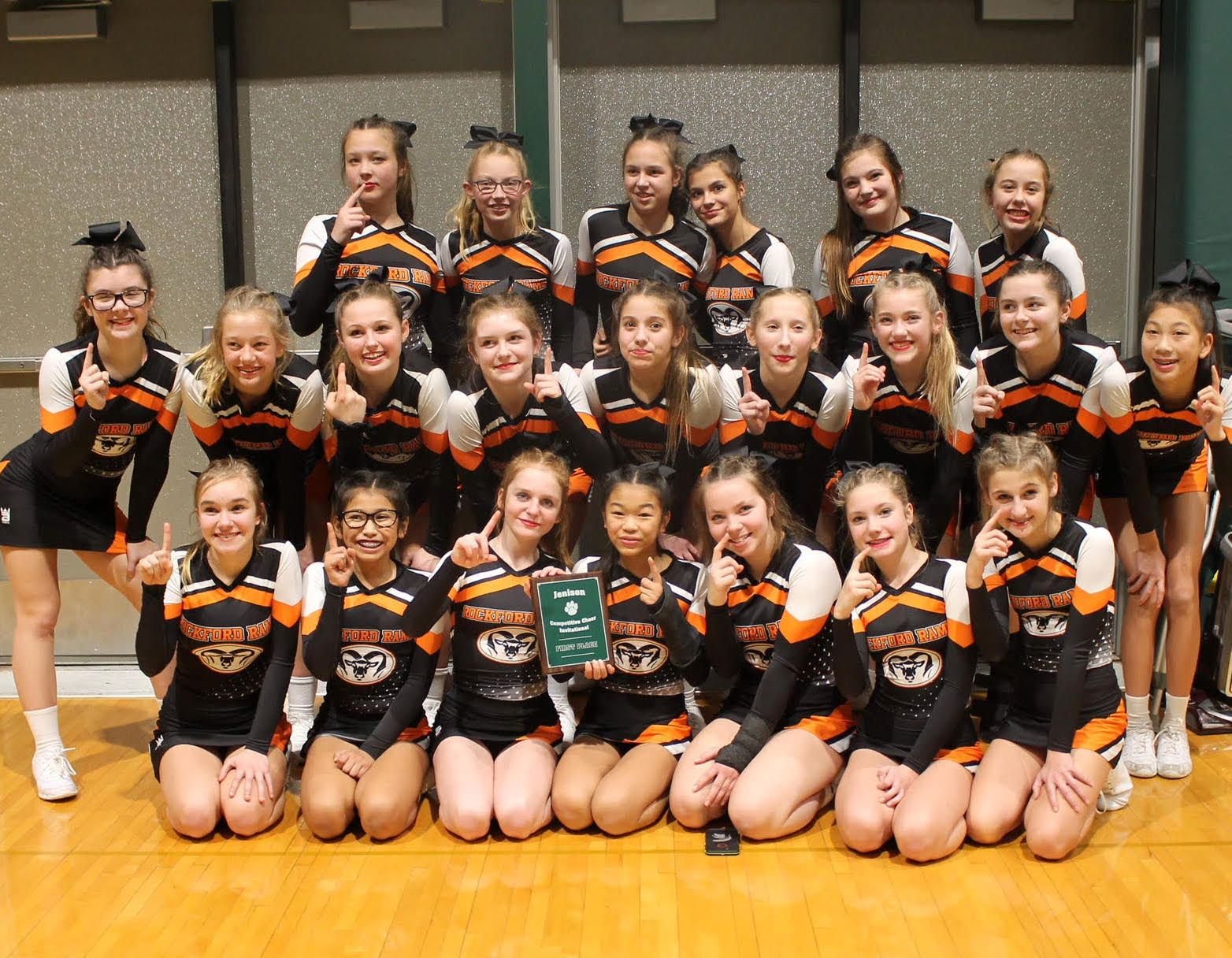 JENISON - The Rams eighth-grade competitive cheer team took second place in the first meet of the season at their very own Rockford invitational, and used that performance to build on. The Rockford girls came back with heart and determination in their chance at redemption at the Jenison Invitational, Wednesday, Dec. 19.

The team cheered, stunted, and tumbled their way to a VICTORY at what is considered the biggest meet of the season - the Jenison invitational. Rockford hit every stunt, every tumbling pass and had all the right moves to take the win for the 8th grade division, edging out Jenison in their home turf by just over one point.

The combined team of 8th graders from East and North Rockford Middle Schools gave the performance of their lives, showing the judges just what they are capable of. The team came out in Round 1 and cheered their hearts out to end just behind Jenison with a score of 113.46, with Jenison scoring a 116.02. Grandville tallied a 97.9 and Hudsonville a 94.2, to round out the top four.

It was in Round 3 where the Rockford girls really shined! Their athleticism and competitive cheerleading skills really showed in this epic performance where they produced some of the best stunts, jumps and tumbling passes of the year.

Rockford came in on top with a whopping Round 3 score of 257.8, edging out Jenison who came in with a score of 254.2. The combined score brought the Lady Rams a sweet victory with an end score of 371.26, Jenison placed second with 370.22, Grandville came in third with a combined score of 326.4 and Hudsonville finished with a 296.9. 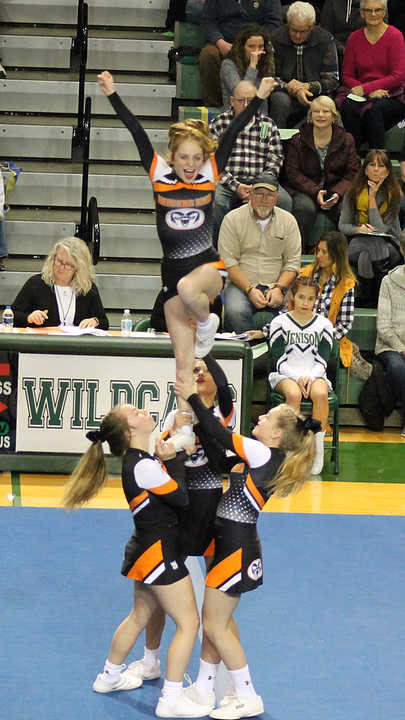 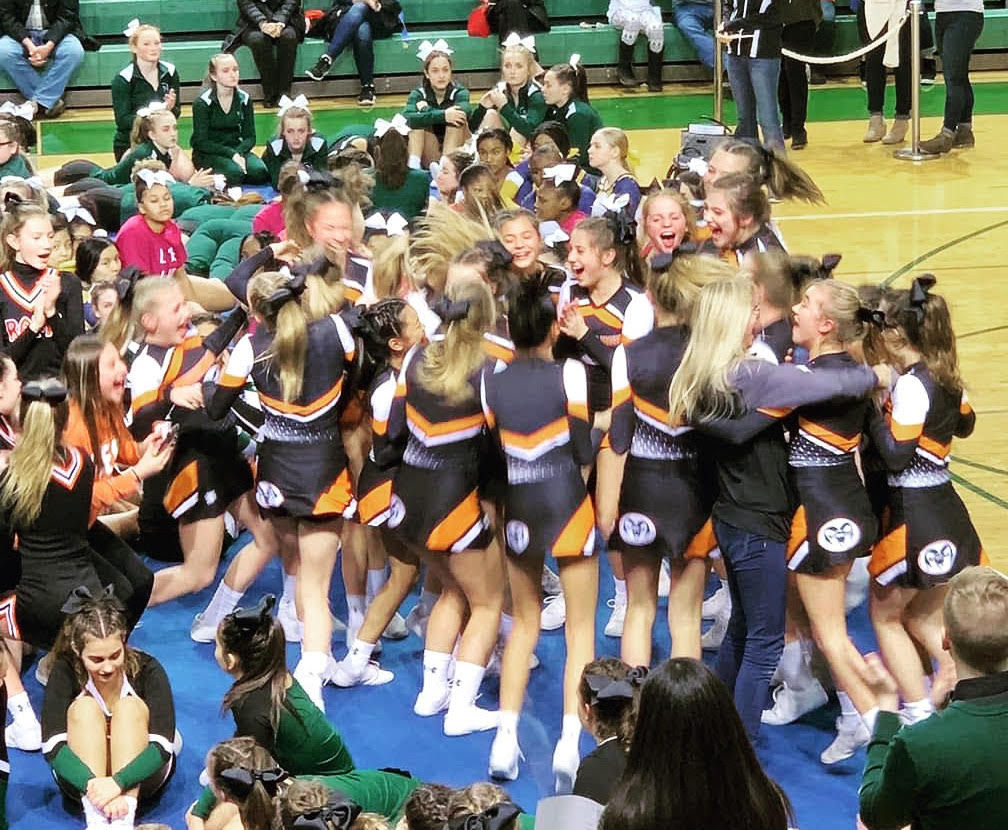 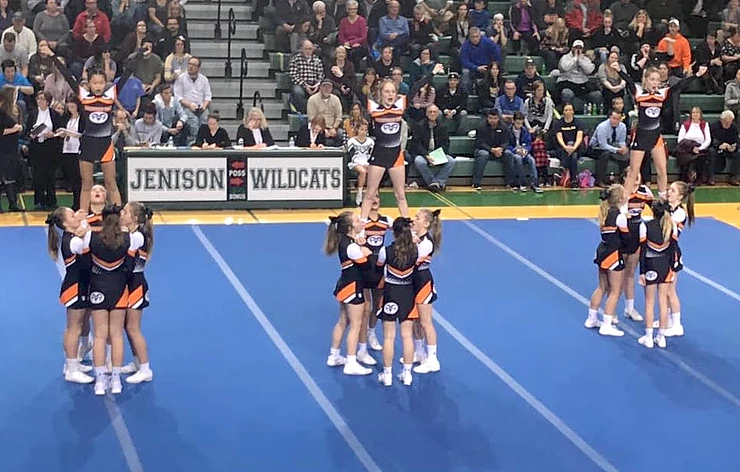 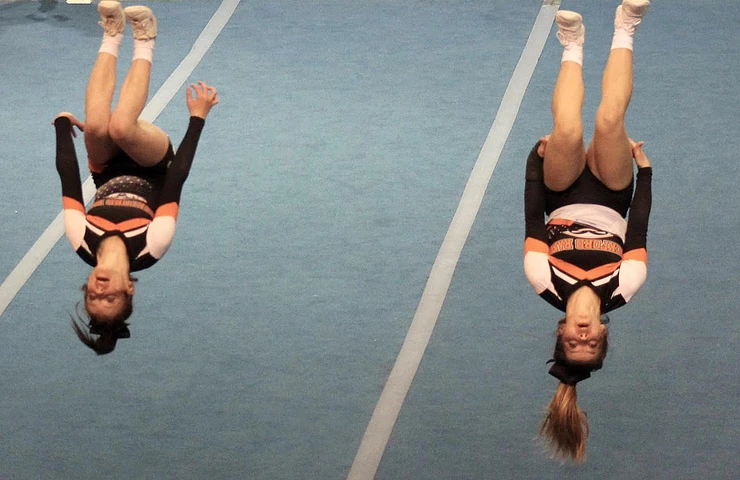 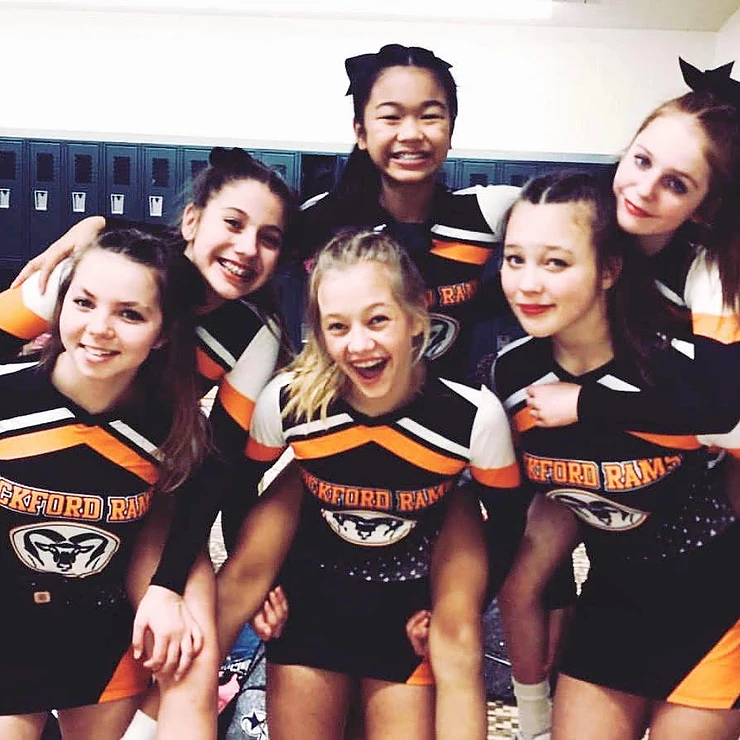