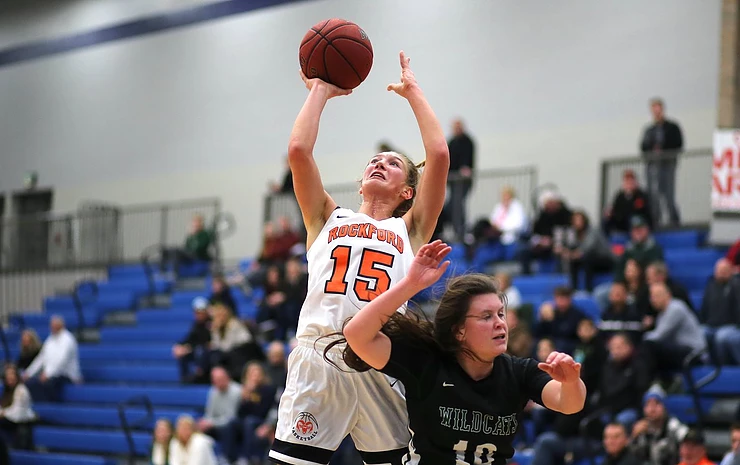 Ram Anna Glynn goes up with the ball against a Wayland defender in the Cornerstone Holiday Tournament. Glynn led the Rams with 14 points. ~ Photo by "Papa" Razzi Sports Photography

GRAND RAPIDS – The Lady Rams basketball team traveled to Cornerstone University, Saturday, Dec. 22, to take on Wayland in the Cornerstone Holiday Tournament. The Rams ran away with the game, leading 29-17 at the half, and then claiming the victory 62-46 to earn a berth in the tournament finals. The win moves the team’s record to 5-1 on the season.

"We came out firing on all cylinders and finally put together four quarters of offense,” said Ram head coach Brad Wilson. “We scored double digits in all four quarters and reached the 60-point mark for the first time, which was one of our goals.”

“I’m proud of the way this team is coming together,” Wilson said. “Free throw shooting and limiting turnovers are going to be a major point of emphasis over the break.”

The Rams play next Thursday, Dec. 27 against the Rangers of Forest Hills Central team in the Cornerstone Holiday Tournament championship game at 4 p.m.

“We were fortunate to beat FHC in overtime last week, so it should be a very good game,” concluded Wilson. 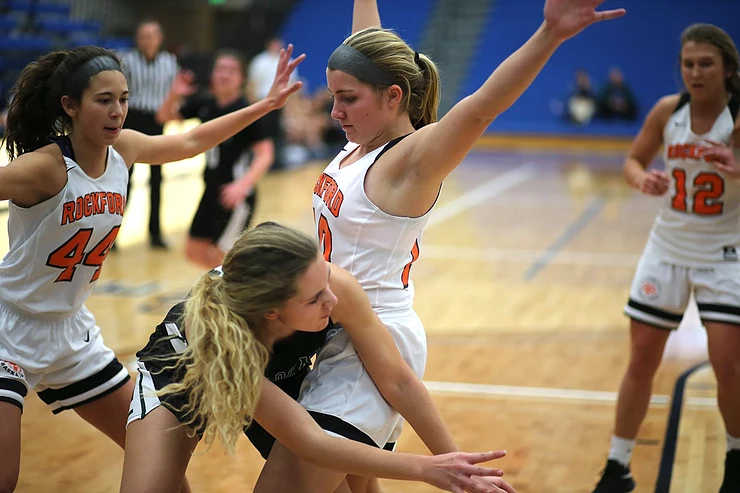 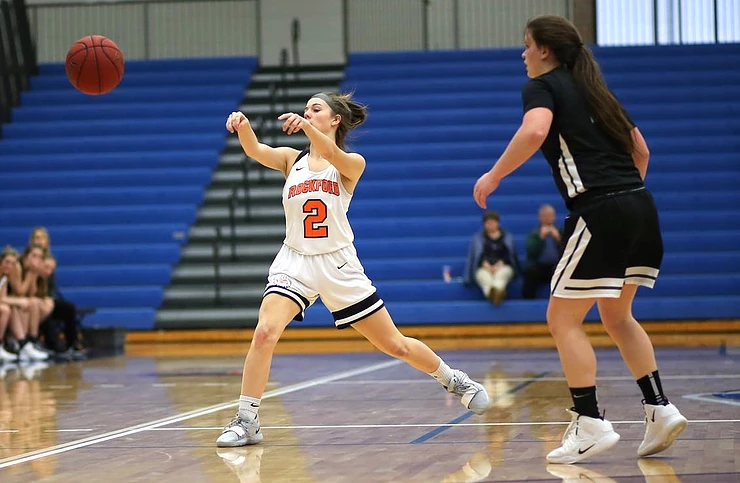 Sami DeKuiper passes the ball to a waiting Ram in the Wayland game. ~ Photo by "Papa" Razzi Sports Photography 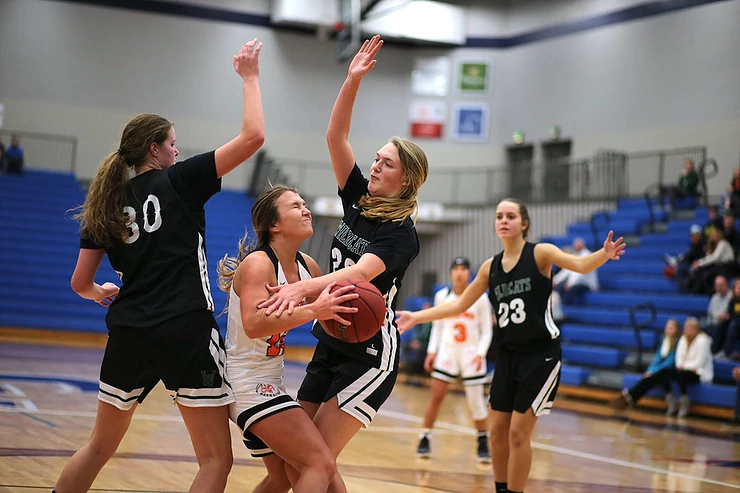 Ram Syd Reinke threads the needle toward the hoop during the Cornerstone Holiday Tournament. ~ Photo by "Papa" Razzi Sports Photography

More photos of the Rams against Wayland can be found HERE.