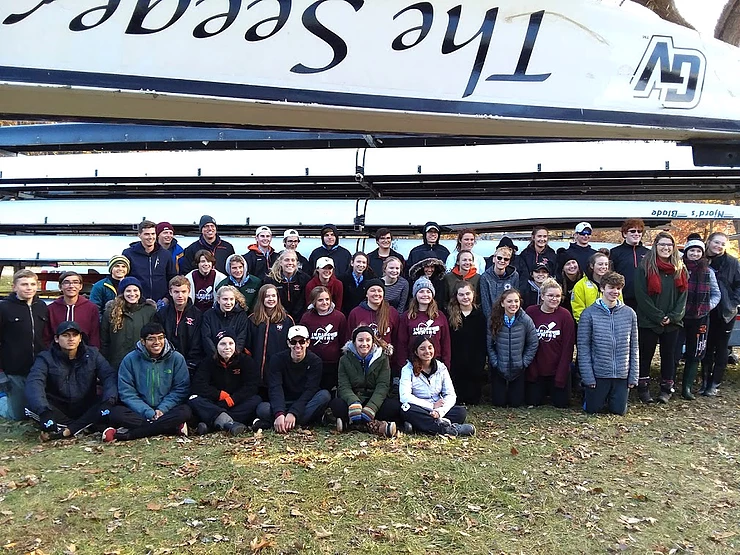 Before the shells are polished and Jupiter Boathouse is winterized for the cold months ahead, Jupiter Rowing, with rowers representing Rockford, Northview, Lowell, Forest Hills Eastern, and Heritage Academies, completed its Fall Season at the Kent Lake Arctic Classic Regatta on Saturday, Nov. 3. The first annual regatta in Northville, Mich., was a great way to end the year in a beautiful setting, albeit with arctic-like temperatures ensuring the competition’s name was appropriate.

Other teams that competed in addition to Jupiter Rowing and Northville was Saline Rowing Crew and Spring Lake Rowing Club. Norvthville Crew were fabulous hosts, and all were impressed with how smoothly the day went. With the turn of the page and the season, the athletes are very excited as they look forward to competing in the spring with their respective schools during the championship season. Their seven wins of the day will keep them motivated in their months of preparation ahead.

“Awesome job racing here today,” he said. “We saw some teams we’ve seen in the past and we saw some our crews get a lot faster. With some of these teams we were trading places with them throughout the season but then we crushed it on the water today. We had four girl boats win by a minute or more. Awesome to see that really hard work you have been putting in pay off. It’s also great to see the results of the mixed boats today. We were losing to these teams by over a minute just a week ago and today we lost by about eight seconds. That’s a huge testament to the work you are putting in. Know that the coaches are seeing it. Not everybody always gets a medal in recognition of how hard they are working. It doesn’t mean that it hasn’t made a difference.”

Coach Itter encouraged them to keep up that work ethic through the winter, saying, “This is obviously our last regatta but keep staying in shape. We do have our winter conditioning that we offer to athletes but however you decide to prepare these next few months, keep up the hard work.”

Coach Itter continued, “Definitely saw a lot of boats put out their best piece out of the season, which is always great to see. There are a lot of races to be proud of today. We need to make sure we are feeling comfortable with how we race and that we are cheering for our team mates. We are a family here.”

The coaches stressed the importance of the team environment, “Not everyone is going to medal all the time,” continued Itter. “Not everyone is going to win every time. That’s okay, it’s about growth. For some of you that growth means different things, but you’ve put the work in and we’ve seen it. Changing a deficit in a race from a minute to eight seconds in just a couple weeks is huge. It shows on the water. The coaches see it. We see how hard you guys are working on the ergos and with your timed pieces and how you do with supporting each other. It’s not all just about medals; it’s about growth and putting that grind in. We recognize the boats that got first today but also as a team we did really, really well. In the big boats we really knocked it out of the park today; so be proud of that. Those are the boats that come spring time we really start to race.”

Next up for the rowers is winter conditioning located at the Rockford Freshman Center where all athletes are welcomed, followed by Varsity and Novice conditioning season that starts in January. The official spring season kicks off with a tentative March 11, 2019 date and Rockford women will compete to defend their State Championship and the Rockford men are looking forward to their young team making waves. 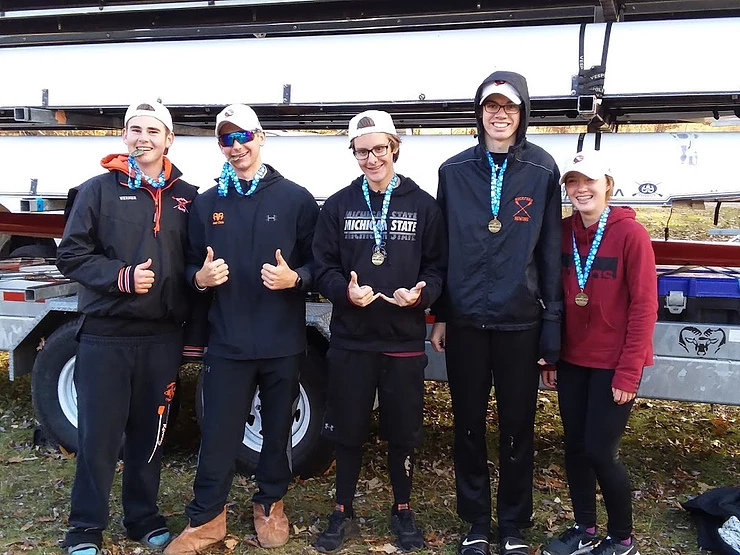 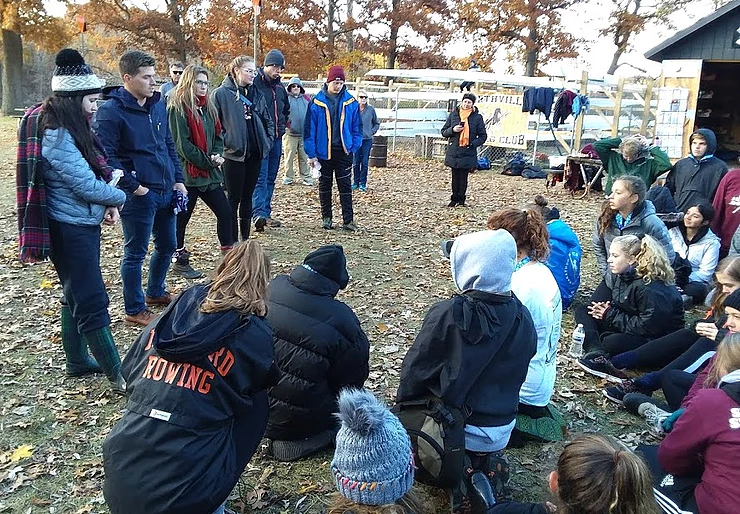 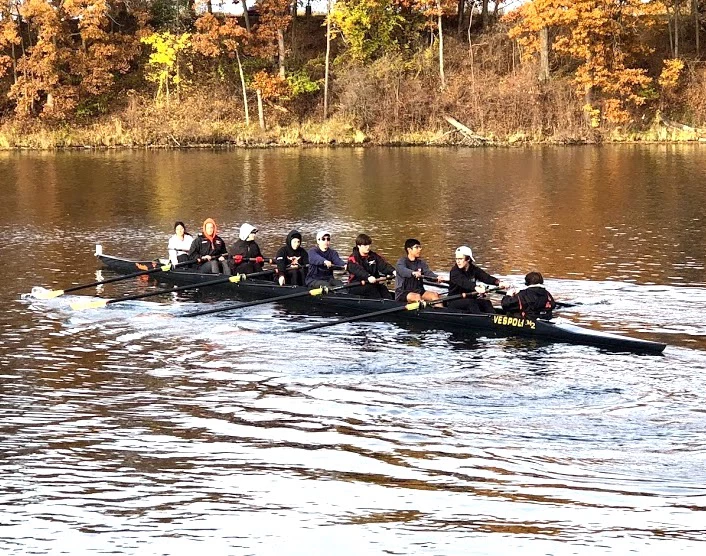 The Mixed 8 boat launches before their successful race. ~ Photo by Chris Perini