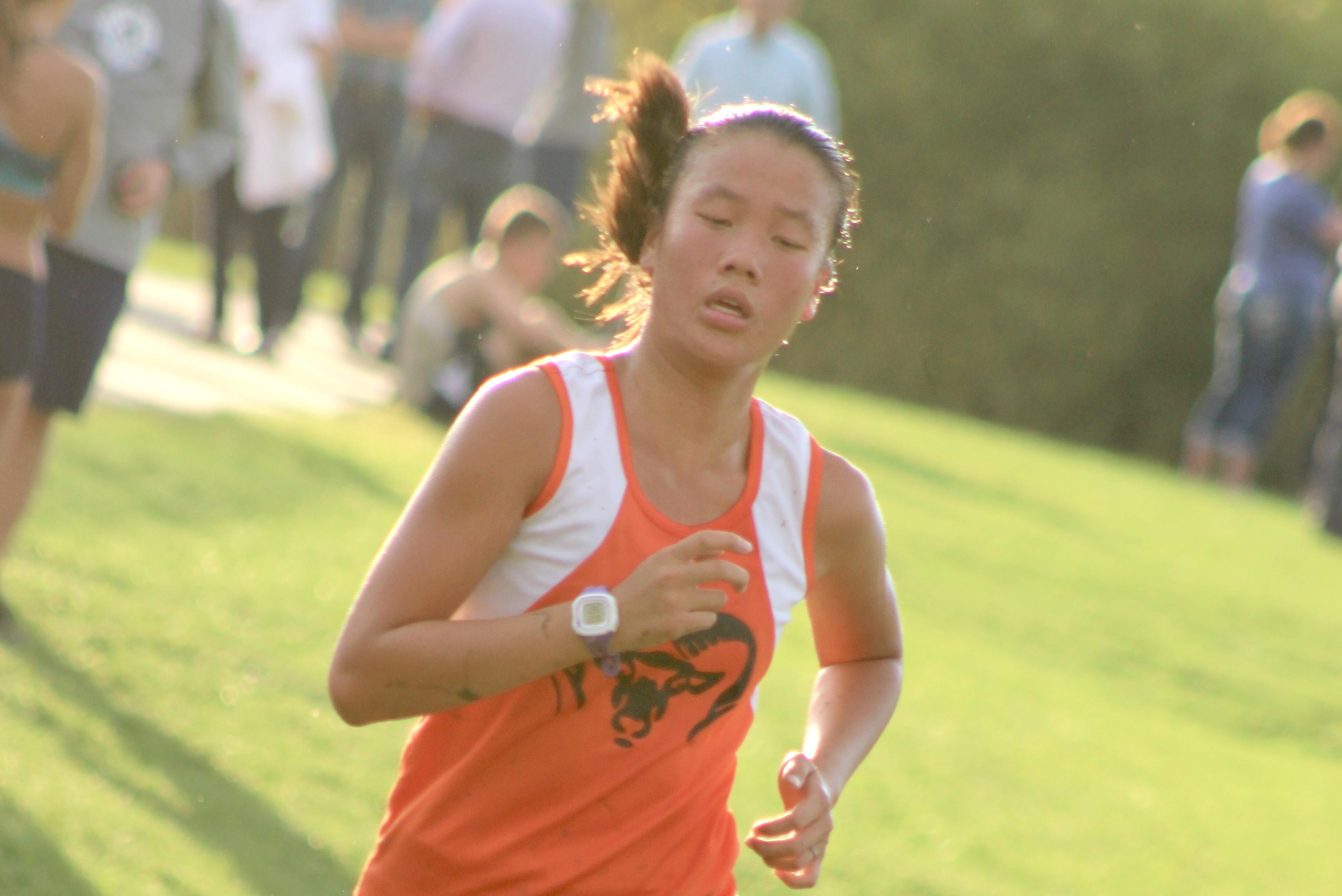 Ram Sophia Ullery landed in the top 10, landing eighth, with a time of 23:36.1. ~ Photo by Elizabeth Geshel

BALDWIN - The Rams girls cross country team tore up the track, Wednesday, Oct. 3, and the varsity came home with a first place in the OK Red Jamboree #2. The team combined for just 39 points to claim the meet. The JV team also did well, earning a second-place finish.

Rockford’s senior leadership gave a huge punch at the top of the competition, with first- and third-place finishes. Ericka VanderLende led the way with a first-place finish, clocking in with a time of 18:11.3. She was followed by fellow senior Emma Everhart-Deckard, who had a great race, placing third with a time of 19:47.9. Also finishing in the top 10 for the Rams, was sophomore Lexie Allshouse, who placed 10th and clocked in at 20:57.4. Sophomore Karlie Gardner placed 12th, with a time of 20:58.1, and frosh phenom Bailey Ewen followed with a 13th place finish, with a time of 21:00.5.

It was a big week for the Rams, with Ericka VanderLende, Katie Host, Liz Bennett, and Lexie Allshouse all posting Personal Records. Also earning honors were Chloe Collings, Alli Everhart-Deckard and Lilly Weirich, who all earned their varsity letters.

The Rams will compete in the Portage Cross Country Invitational, Saturday, Oct. 6.