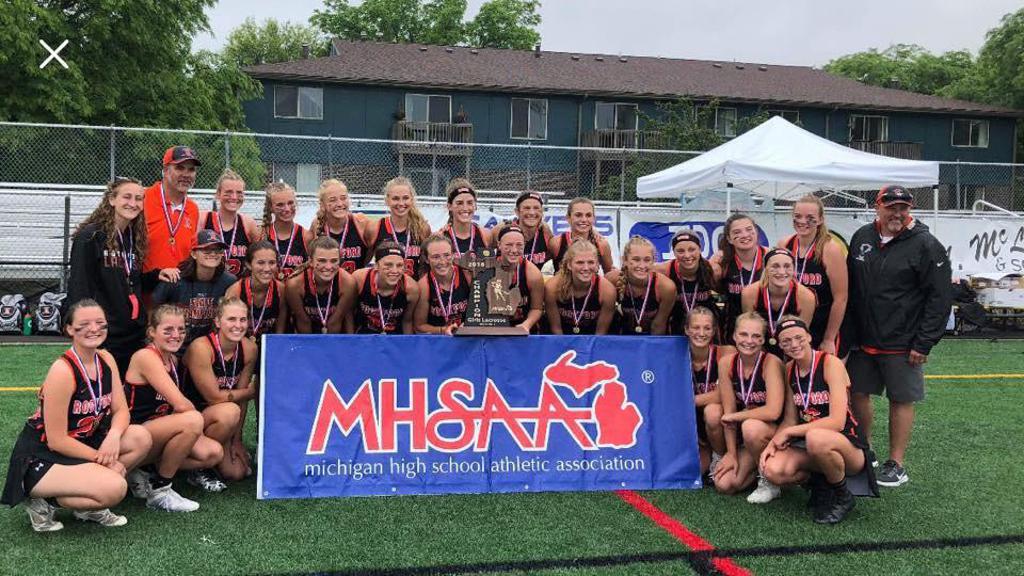 The Rockford girls lacrosse team handily claimed its sixth consecutive state title – and their seventh one in nine years – Saturday, June 9 at Grand Ledge High School. The Rams made a truly impressive feat look easy as they completely dominated the Brighton Bulldogs on the lacrosse field by a 25-5 score in the MHSAA D1 State Championships. The two teams faced off in the state finals in 2010, with the Rams claiming the match 19-11. The Bulldogs were looking for redemption, but Rockford had different ideas as they made their statement on the playing field.

Rockford head coach Mike Emery notched his 200th career win in the process, turning the Ram program into a dynasty since he claimed the reins. The Rams have more than doubled their opponents’ goals in state finals play, with Rockford holding a huge edge over all their competition by a 115-55 score.

The Rams left little doubt in anyone’s minds on the eventual winner, hitting goals quickly to claim the lead and never looked back. Rockford amassed 17 goals, while holding Brighton to just three, to end the first half. The Bulldogs would have to score a goal almost every minute in the second half to reclaim the game – and that was not going to happen with the potent Ram defense waiting at every turn. In actuality, Brighton was only able to net two more goals in the entire second half, while Rockford slammed eight more home.

Rockford will say goodbye to nine talented seniors, but Ram lacrosse fans need not fear, Emery is well-known for reloading his roster and coming back to play another day – and win.