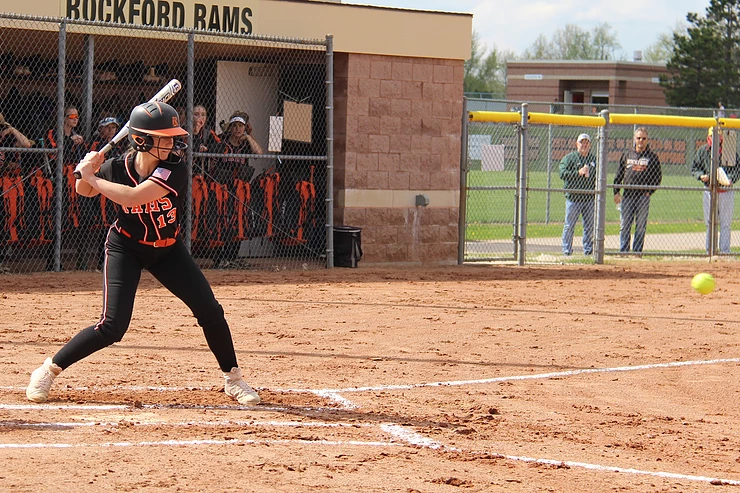 The Rockford varsity softball team took a road trip to Caledonia, Wednesday, May 23 and came home with an 11-9 victory.

The teams registered 19 hits on the night, sprinkling runs throughout the seven-inning game, with Caledonia owning a 3-0 lead after the first. The Rams battled their way back, and the score was knotted 4-4 at the top of the fourth before Caledonia plated four runs in the bottom of the inning to reclaim the lead. The Rams didn’t roll over, however, and plated two runs in the fifth, three in the sixth and two in the seventh, while holding Caledonia to a sole run in the seventh to claim the victory.

The Rams will start post-season games after the Memorial weekend holiday.