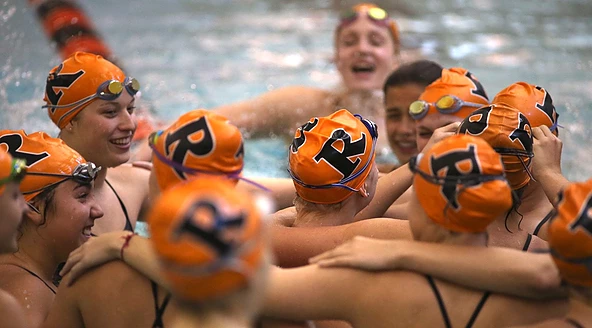 ROCKFORD – The Rams Swim & Dive team celebrated their seniors, Thursday, Oct. 4, in an OK Red meet against Grandville High School. Rockford enjoyed the Senior Night with a 195-117 win against the Bulldogs, honoring Grace Bargwell, Elise Jendritz, Morgan Kraus, and Samantha Tow for all their accomplishments as student athletes

The Rams started out the night with a bang, going 1-2 in the 200-yard medley relay. The team of Rachel Gamm, Masy Folcik, Josie Geers, and Paige Beers touched the wall first at 1:53.59, followed by the ‘Super Sophomores’ relay team of Sara Kraus, Rylee Davis, Halina Newland, and Sarah Foster, who timed in at 1:58.64. In the 200-yard freestyle the Rams earned points from Morgan Kraus, who clocked in at 2:00.88 to claim first, and Oliver Harmsen, who earned third by timing in at 2:09.58.

Elise Jendritz continued to wow spectators off the 1-meter diving board, placing first by accumulating 296.55 points. She was followed by teammates Ava Laufersky, who tallied 166.30 points, Paige Clauser, who landed fourth with 158.70 points, and Jessica Axtman, who finished fifth with 152.60.

Rockford also claimed the 400-yard freestyle relay with the team of Macy Folcik, Rachel Gamm, Ashley Lund, and Morgan Kraus clocking in at 3:46.38. 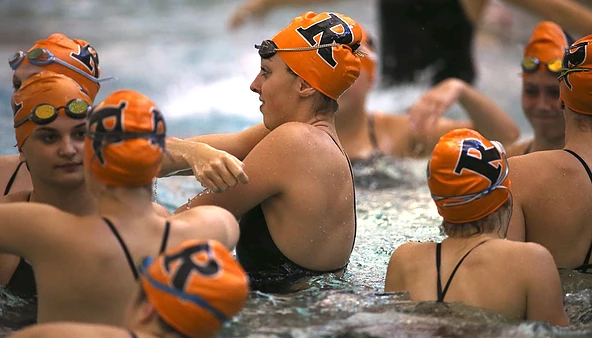