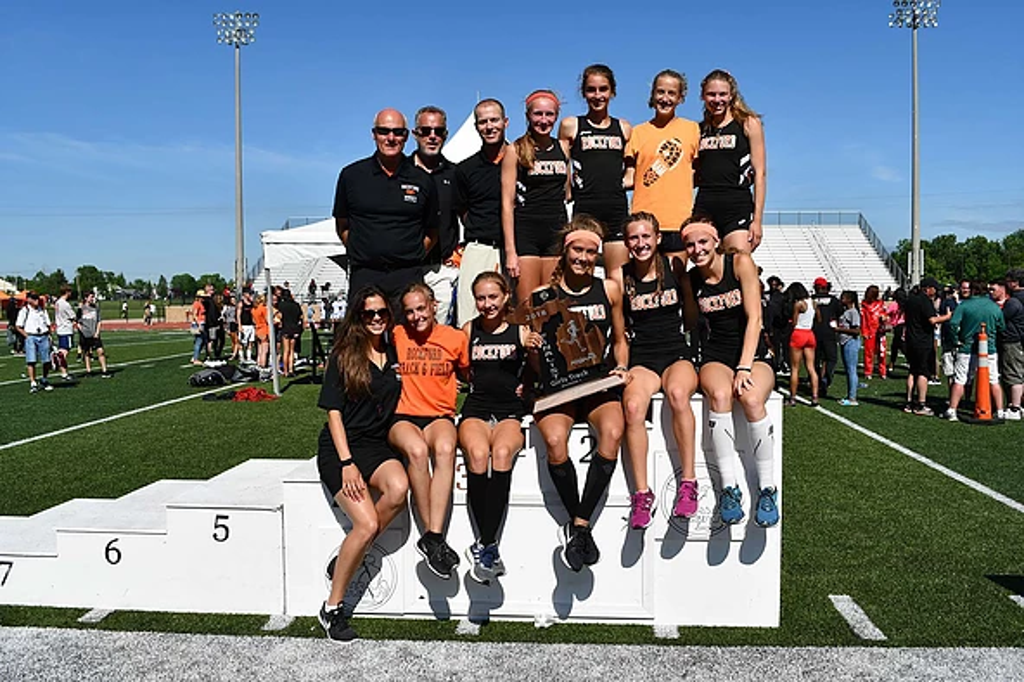 The Rams had an impressive day on the oval, placing high in all four relays. Rockford also saw many individuals place in the top eight to earn points for the team.

Junior Ericka VanderLende had a big day both individually, and with the 4X800 relay team, earning 26 points for the Rams. VanderLende claimed the state crown in the 1600m run with a time of 4:45.17, a full three seconds ahead of second place finisher Ann Forsyth, from Ann Arbor Pioneer. VanderLende and Forsyth switched places in the 3200m run, with Forsyth claiming first at 10:08.07, which was a new MHSAA Final Meet record. VanderLende clocked in at 10:12.26 to claim second. Vanderlende also ran in the 4X800 relay teaming up with Camryn Gabriel, Caleigh Dunn, and Karlie Gardner clocking in at 9:10.46 to claim second, coming in just behind first place Oak Park, who timed in at 9:08.75.

Ram senior Casey Lenon tied with Heather Meadows of Brmingham Seaholm for fourth place in the high jump, clearing the bar at 5’4”. Rockford freshman Morgan Vargo also let the state know to keep an eye on her in the future, landing in 14th place with a leap of 16’10”.