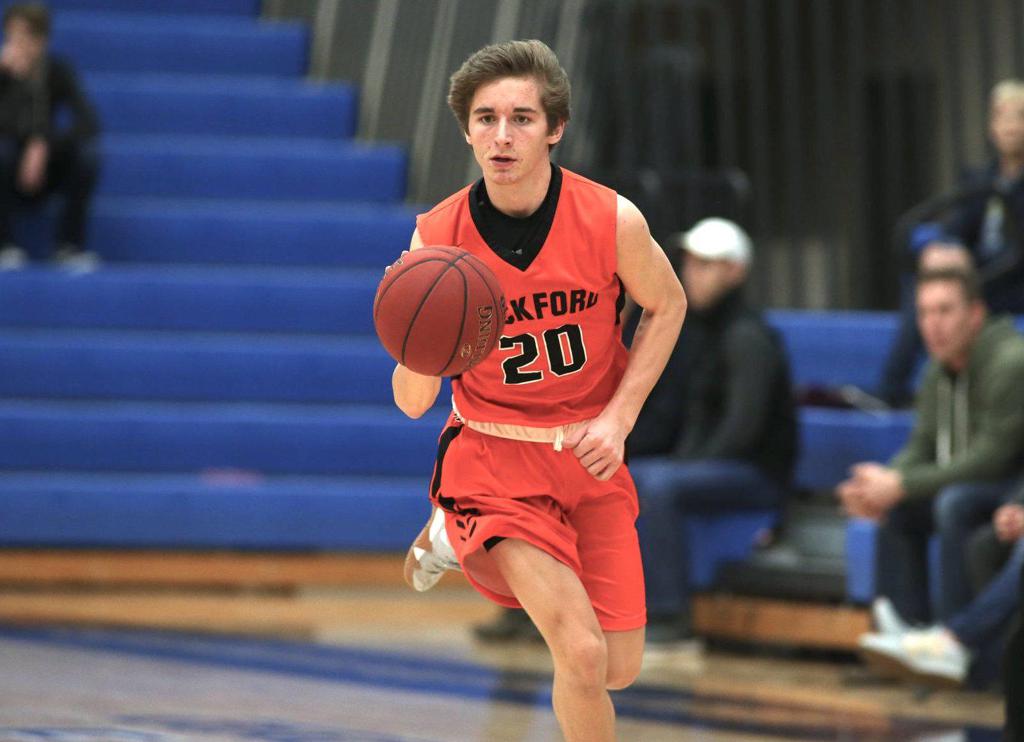 HOLLAND – The Rams boys varsity basketball team took a road trip to Holland and took on the West Ottawa Panthers, Friday, Jan. 4. Not only did Rockford come home with a huge 38-37 OK Red victory, they also moved their record to 6-2 on the season.

The Rams jumped out early and dominated the game in the early going, walking into halftime with a 21-14 lead. The Panthers regrouped in the locker room and came out with a different game plan that had the Rams reassessing what they were doing on the court. West Ottawa reeled the Rams back in, but Rockford claimed the important victory by a slim 1-point margin, 38-37.

“It was a great team win,” said Ram head coach Kyle Clough.  “Anytime you can go on the road in our league and pick up a win, it’s a great night. West Ottawa has been the cream of the crop for last few years, so we knew in order to compete for the league championship, we needed to go over there and try to steal this one.”

“We came out and played very well early, and then they changed up their defense which caused us to play on our heels a little,” explained Clough. “But, I am just thrilled that we had the toughness and togetherness to get the win. I think that was a really big step for this group, to win such a gritty game.”

The Rams will play host to Grandville for another OK Red match up, Tuesday, Jan. 8. Tip off is scheduled for 7 p.m.