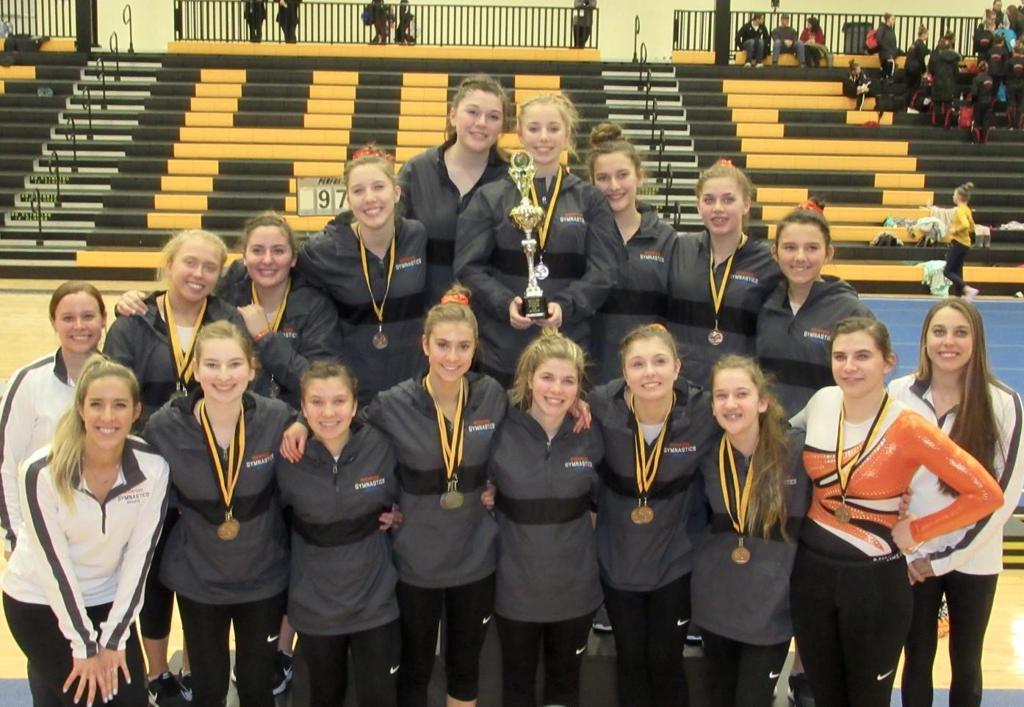 The Rams pose with their first-place trophy. ~ Photo by Lori Faulkner

Rockford Varsity Gymnastics won first place in the team category at the Kenowa Hills Invitational, Saturday, Jan. 26. Twelve teams competed for the title and Rockford came out on top with a team score of 144.3.  Second place went to Forest Hills and third place went to the team from Lowell.

The Rams took home all top five places in the floor exercise, with Morgan Case setting the pace with a 9.75, Ashley Faulkner in second with a 9.55, Reagan Ammon took third with a 9.425.  Also placing at Kenowa Hills, were Chantel Lokers in fourth with a 9.3 and Taylor Cullen with a score of 9.175.

Hope to see you there to cheer for your home team! 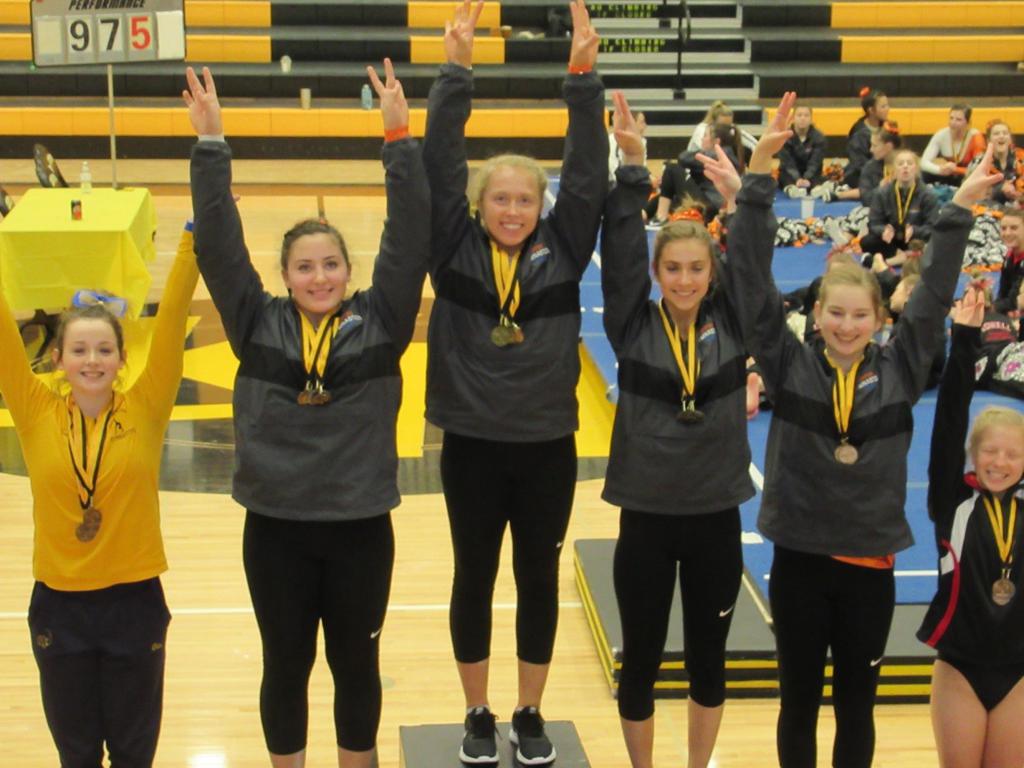 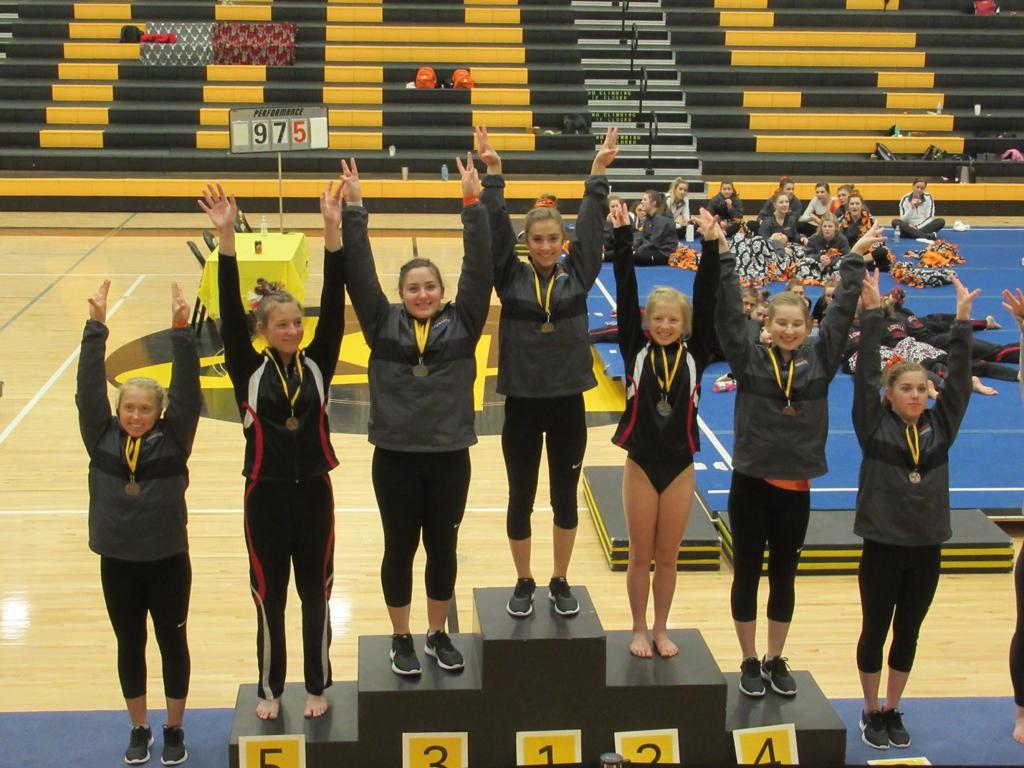