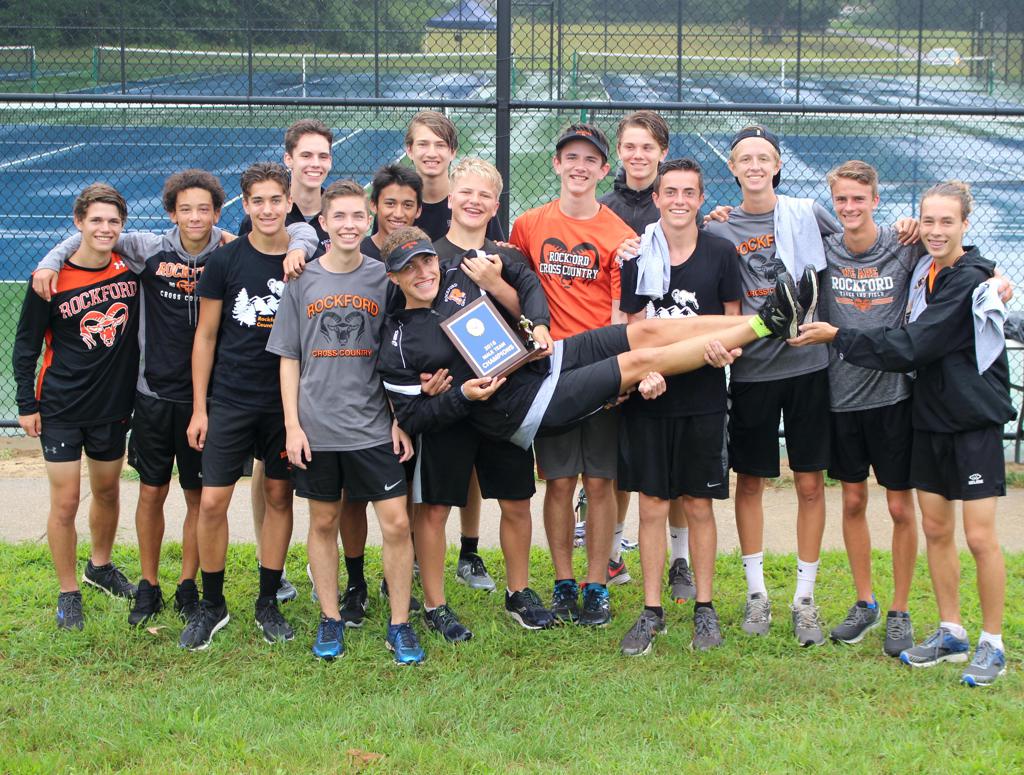 The Ram Boys CC Team started off with a first place in the Early Bird Meet. ~ Photo by Elizabeth Geshel

The Rockford boys cross country team had a big year, starting out their year with a bang – claiming a first-place finish in the Portage Central Early Bird Meet, Friday, Aug. 17. Rockford was able to tally just 65 points, topping Lowell’s 110-point runner up performance. The Rams kept busy, competing in plenty of invitationals, including the Allendale Falcon Invite at the end of September, where they placed second, just behind Grand Haven. The team continued to hone their skills throughout October, taking on the competition in two OK Red Jamborees, before the final OK Red Championship meet that took place at the end of October.

The Rams were able to claim a second-place finish during that event, tallying 67 points for the event. Hudsonville landed first with just 26 points, and Grand Haven placed third with 74 points.

“We had a strong showing by the team this evening,” shared coach Andy Martin after the event. “Going into this meet, we had taken fifth place in our first conference jamboree, with seven teams in the OK Red, and third place at the second jamboree. We were happy to know that we have been steadily improving throughout the season and racing our best in the end. We edged out Grand Haven by seven points to take second. Grand Haven has been beating us all year long when we have seen them.”

“The Rockford cross country team had another very successful year,” concluded Martin.  “At the State Finals, team captain Jack Grimm posted the best performance of the day, where we placed 24th overall. We are proud of all the hard work the team put in throughout the summer and during the season to make them strong. This hard work propelled them to a second-place finish at the OK Red Championship meet. This was a great group of guys. They made it a pleasure to coach them all season. We had 10 seniors who were great influences on our underclassmen. They were great mentors.”

Martin is looking forward to propelling his young team to more victories next year.

“We are a young squad that will be looking to take our experience from this year into next and compete for the OK Red title again.”