Rams Fall to Eagles in Pool 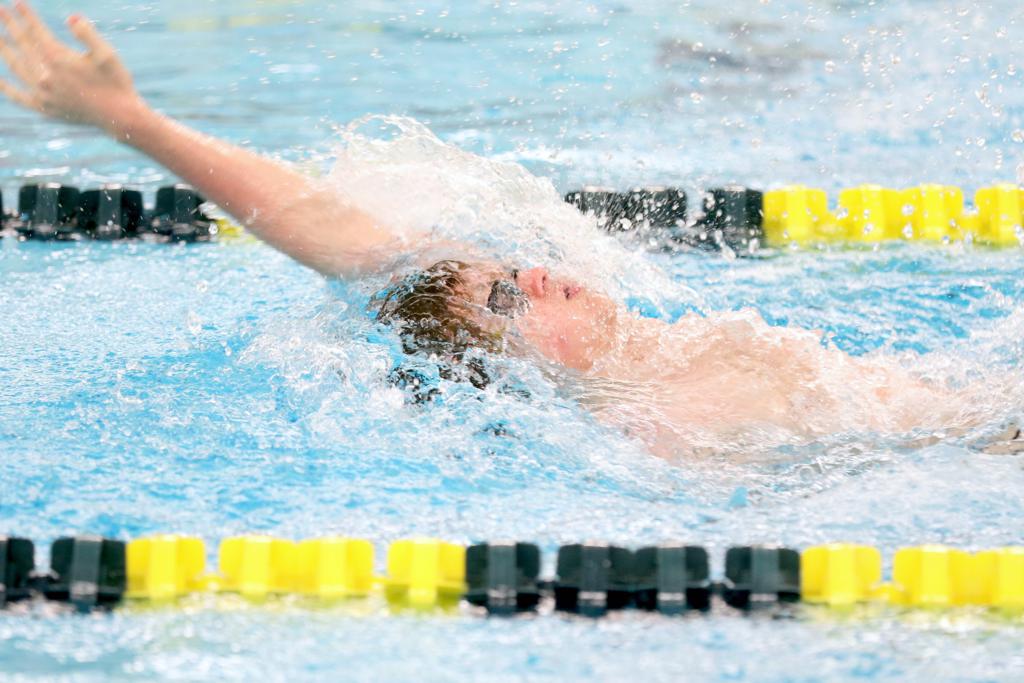 Ben Schuchardt competes in the backstroke. ~ Photo by Tracy Saur

HUDSONVILLE – The Rockford swim & dive team took a trip to Hudsonville to take on the Eagles and came out on the wrong end of a 190-116 score, Monday, Feb. 11. The Rams strung together some impressive times in the pool, but couldn’t overcome the 10 first-place finishes the Eagles posted.

Rockford landed two top finishes on the night, with Josh Vickery, in diving, and Schuchardt, in the 100 backstroke earning top honors for the Rams.

One of the highlights of the night for the Rams was the 1-meter diving competition, where Josh Vickery earned first with 240.50 points, Austin Hintz landed a third-place finish off the board with 202.15, and Josh Simkins placing fourth, earning 145.40 from the judges.

Next up for the Rams, is the conference meet at Hudsonville, Friday, Feb. 22, and Saturday, Feb. 23. 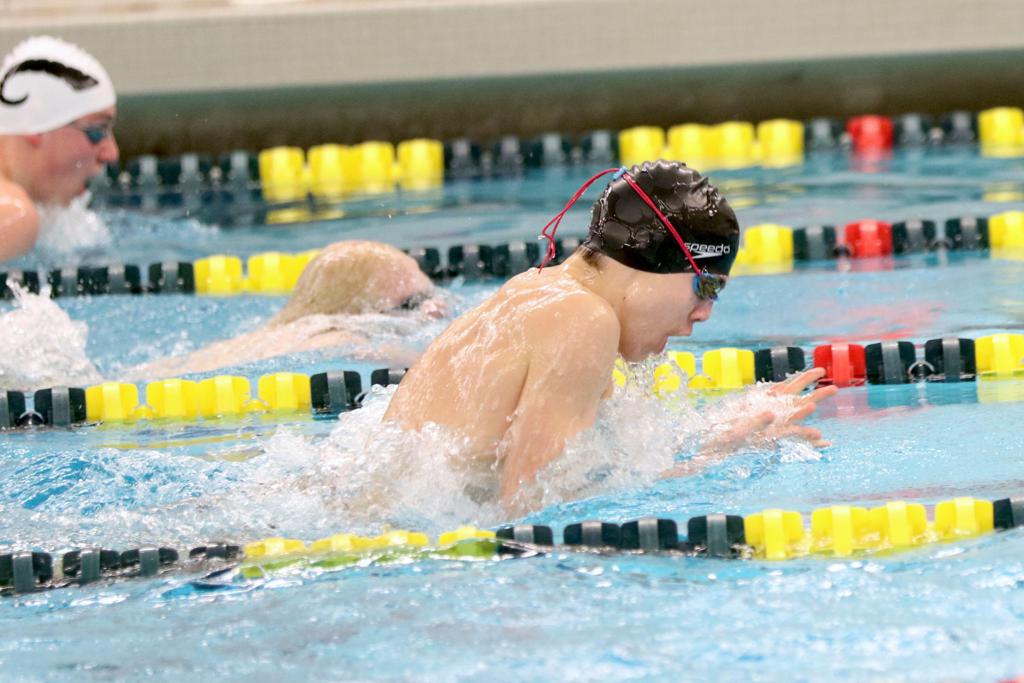 Christian Wagen tearing it up in the breaststroke. ~ Photo by Tracy Saur 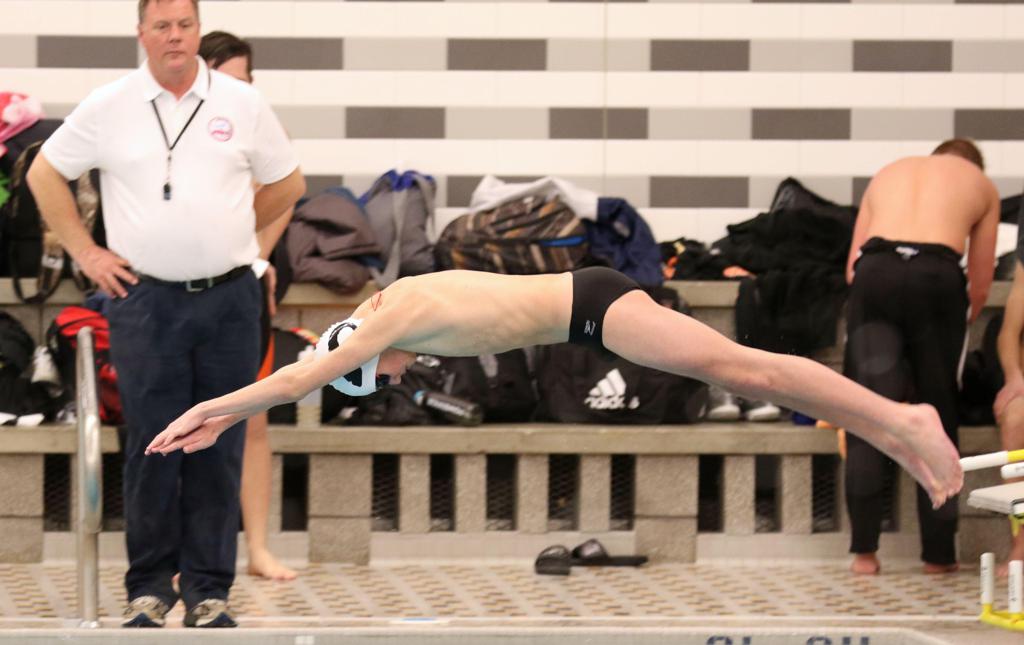 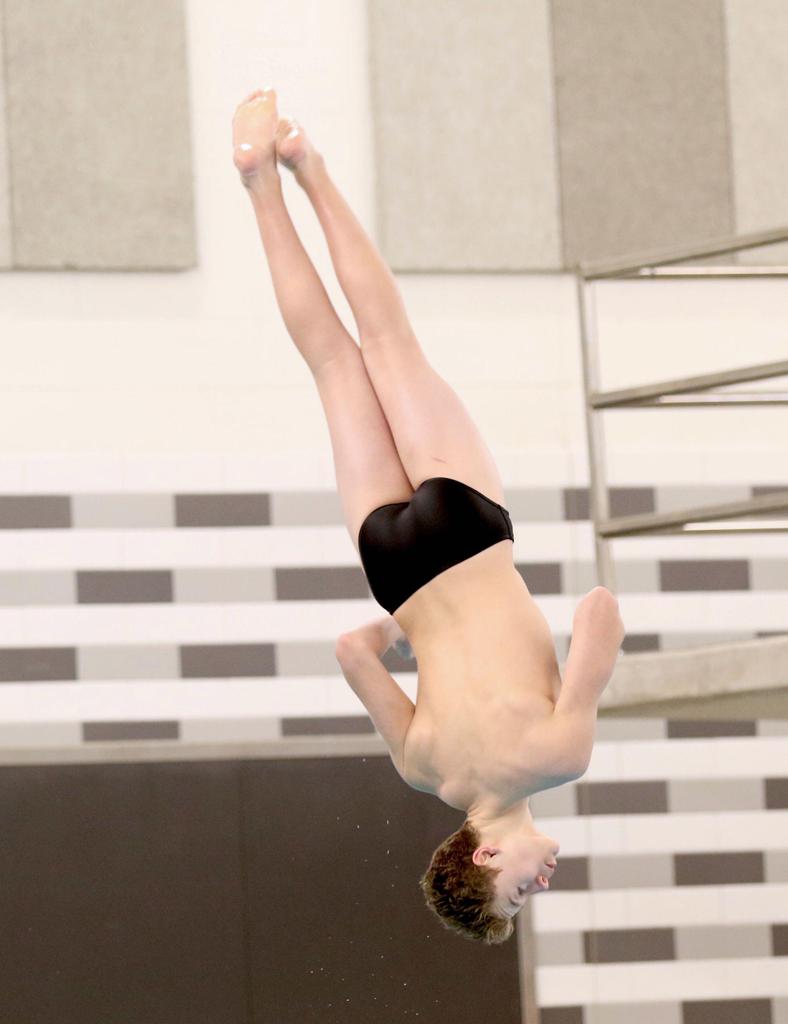 Ben Giera looks for the water during his dive. ~ Photo by Tracy Saur 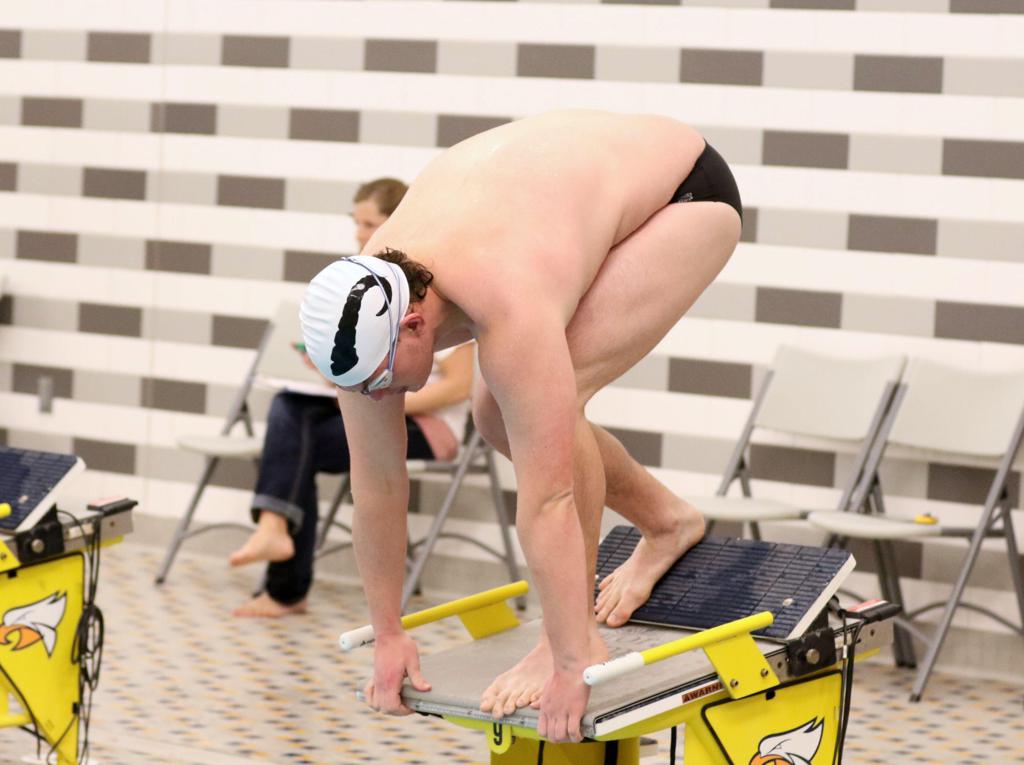 Zach Abberton at the ready for his start. ~ Photo by Tracy Saur